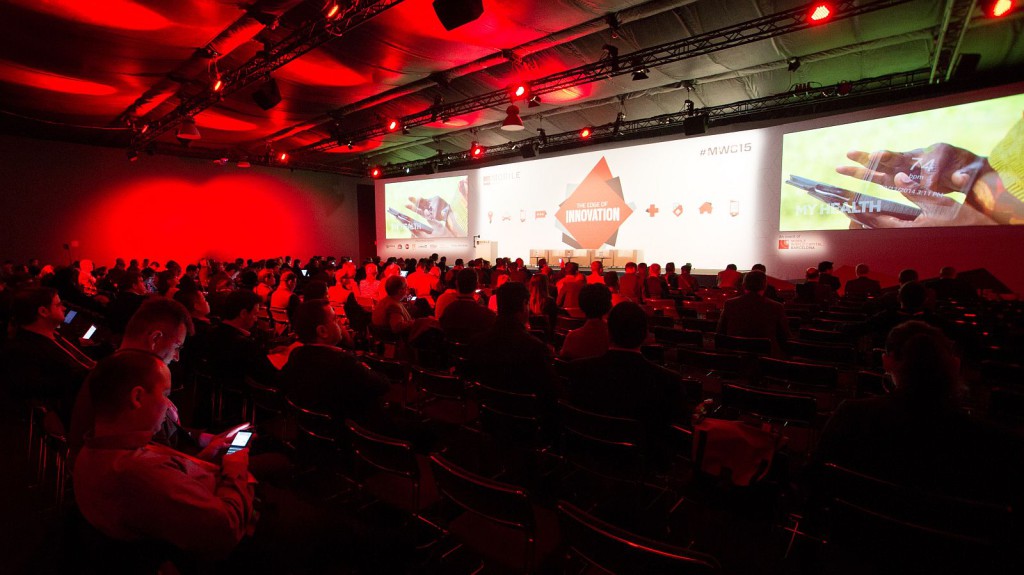 Update: We can expect the likes of Alcatel to unveil it’s new OneTouch Idol 4, and other devices at the conference too. Read the full story here.

Update 2: Please see the revised times below. Our initial times denoted CET time and not South African Standard Time. This issue has now been rectified and reflects time in SAST.

It’s February, and that for techies means Mobile World Congress. Sunny Barcelona hosts the 30th edition of what is arguably the world’s most important mobile device showcase, where some of the biggest names in the smartphone manufacturing market announce and launch new products.

So what’s in store this year?

Well, we like to have our readers covered for all eventualities, so welcome to our MWC 2016 cheat sheet, where all you need to know about the conference is covered, explained and then covered again.

Born in Cannes, France in 1987, it’s safe to say that MWC is the largest exhibition of mobile technology in the world right now. Over the three days, the conference sees over 90 000 attendees, and that’s discounting the events and launches prior to the conference proper.

In 2006, organisers GSMA moved the shindig to Barcelona, Spain, which is now the event’s annual home, and will be the case at least until 2023. This year’s theme is “Mobile is Everything” which appeals to more than just smartphones. We’ll more than likely see wearable tech launches, tablets, ultraportable machines and new mobile wireless and spectrum advancements.

Be sure to stay tuned to Gearburn’s MWC 2016 portal for all news, and stay locked onto our prospective live blog as the conference draws near.

Keynotes this year will be done by a bevy of personalities from the industry, most puzzling of which perhaps is Lewis Hamilton — three-times Formula 1 World Champion.

The confirmed events and announcements

Before MWC 2016 kicks off, two heavyweights of the mobile industry will announce new devices in the smartphone market, the first being Samsung.

The Samsung Galaxy S7 will debut on 21 February at 7pm South African Time at the company’s annual Unpacked 2016 event. It has always been a big launch for Samsung, considering that it’s first S-series Galaxy phone debuted back in 2010.

So what can we expect? We’ll likely see two different chipsets used — one from Qualcomm and another crafted by Samsung itself — the latter will be the more powerful, but both should be mated to 4GB of RAM. There’s talk of a microSD card slot returning from its year hiatus, but storage should begin at 32GB and higher, possibly even up to 256GB for an ultra premium edition.

Speaking of ultra premium, there’ll probably be a Samsung Galaxy S7 Edge edition as well, but much larger than its counterpart. While the S7 standard is rumoured to feature a 5.1-inch screen, the S7 Edge could boast a 5.5-inch face, pitting it against stern opposition.

And speaking of which, on the same day, LG will also announce it’s LG G5 phablet.

There’s been plenty of rumours regarding the company’s revolutionary new modular design, but no solid evidence of this as yet. Nevertheless, we imagine that the device will use Qualcomm’s Snapdragon 820 chipset, boast 4GB of RAM and a camera more akin to the LG V10 including manual video settings and Android Marshmallow (which just arrived for the LG G4 in South Africa).

A 5.5-inch screen should be the standard, while the V10’s second screen tech could also make its bow on LG’s flagship.

But LG has done a damn fine job of keeping its card close to its chest, donning its coy shades and riding out into the sunset. It should be the most exciting launch of MWC 2016, so watch this space.

And finally, Sony. Instead of bowing to day zero pressure, it’s scheduled its event for 22 February 8:30am South African Time. And while it’s great that we know Sony’s still serious about mobile technology, there’s no indication of what it might be launching.

To be fair, the world is due a Sony Xperia Z5 tablet, or a successor to the Z3 tablet at least, so there’s a possibility. There’s little to no chance of the company announcing a new Sony Xperia Z device at all, at it only recently at IFA 2015 unveiled its new flagship. This also leaves room for a possible new wearable range, or an updated mid-range device. Either way, whatever it is, we’ll be sure to cover all the news emanating from the Japanese tech giant’s stable.

In terms of other manufacturers and probably the latest event of the lot, the Xiaomi Mi 5 will (hopefully) finally make its long-awaited bow. We first caught wind of the Xiaomi Mi 4’s successor late last year, but nothing has come of it since then.

This might be one of the only new Windows devices launching at MWC, apart from a possible Lumia 850 which at this point is almost all rumour and no substance.

Nevertheless, the Xiaomi brand does now seem large enough to garner a degree of hype at MWC 2016, so watch this space closely.

And finally, the biggest challenger from China, Huawei, gets our award for the most coy event announcement ever.

“We invite you to join Richard Yu, Chief Executive Officer, Huawei Consumer Business Group, and other Huawei executives, for the global unveiling of Huawei’s newest device at Mobile World Congress 2016,” the event invite reads. “Come see how Huawei continues to meet the demands of the next generation of mobile innovation.”

We could speculate and suggest that we’re due a Huawei P8 successor, but it seems that this won’t quite be the case, especially so close to the Huawei Mate 8‘s launch just a few months ago. The P8 also wasn’t launched at MWC 2015, but rather a few weeks after Barcelona. So what could it be then? Well, Huawei’s G series could get a refresh, or perhaps a new Talkband wearable could be on show. Huawei’s playing this extremely well though.

The unconfirmed but possible debuts

A manufacturer that isn’t doing too well right now is HTC. With revenues dropping after its 2015 smartphone launches, it could very well unveil the HTC One M10 flagship, as it did the M9 last year.

Leaked just last week, we have a fair idea of what we could possibly see, but don’t brace yourselves for any ludicrous new tech coming to the phone. There’s a Qualcomm Snapdragon 820, 4GB of RAM and 32GB of internal storage all hidden behind a 5.1-inch 2560×1440 screen, a resolution which most flagships seem to be adopting in 2016.

Related: HTC One M9 review: the same, but better

The camera however could be the star. HTC’s pondering moving the HTC One M9’s rear camera to the front of the HTC One M10, which would effectively give it one of the best selfie cameras on the market.

Adding BlackBerry to the mix, there are rumours suggesting that the Canadian company could launch its BlackBerry Vienna smartphone at MWC 2016, just a few weeks after its PRIV device debuted.

It’s more akin to a slimmer Passport than the PRIV, but it will run Android, in tune with BlackBerry’s newfound philosophy. There’s suggestions that a full QWERTY keypad will be included alongside a 4.4-inch 1920×1440 touchscreen.

While it would make sense for BlackBerry to ride the hype wave in wake of the PRIV’s successful launch, there’s no real indication that the phone is due out so soon after it’s current flagship. Although, this can always change.

Finally, we’ve mentioned Microsoft earlier, and while there are no announcements scheduled, we can’t rule out the possiblity of a Microsoft Lumia 650 and XL debuts. Rumoured to be the final two Lumias in a long history, the 650 XL will feature rather underwhelming specs. A 5.4-inch 720p screen, and a Qualcomm Snapdragon 210 CPU which doesn’t exactly scream mid-range.

It might not be the Microsoft device that everyone wants, but if in fact true, it will be noteworthy to keep an eye on that price tag, especially considering Microsoft’s need to get Windows 10 into the hands of everyone at every price range.

What we definitely won’t see

2015 was a good year for mobile phones. We saw some triumphs in the space, notably in the form of the Samsung Galaxy S6 for style, the iPhone 6S for sheer usability and the LG G4 for its remarkable camera. But we also saw the birth of Firefox OS, and OS that was supposed to go on to power the world’s emerging smartphone market. Instead, just over a year later, it’s smouldering and practically dead.

You can lug BlackBerry OS in that as well, as the Canadian company has completely committed to Android for the foreseeable future and likely beyond. And while this doesn’t mean we won’t see any BlackBerry devices launch, they definitely won’t be running on BlackBerry’s rather stellar in-house OS. 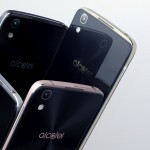