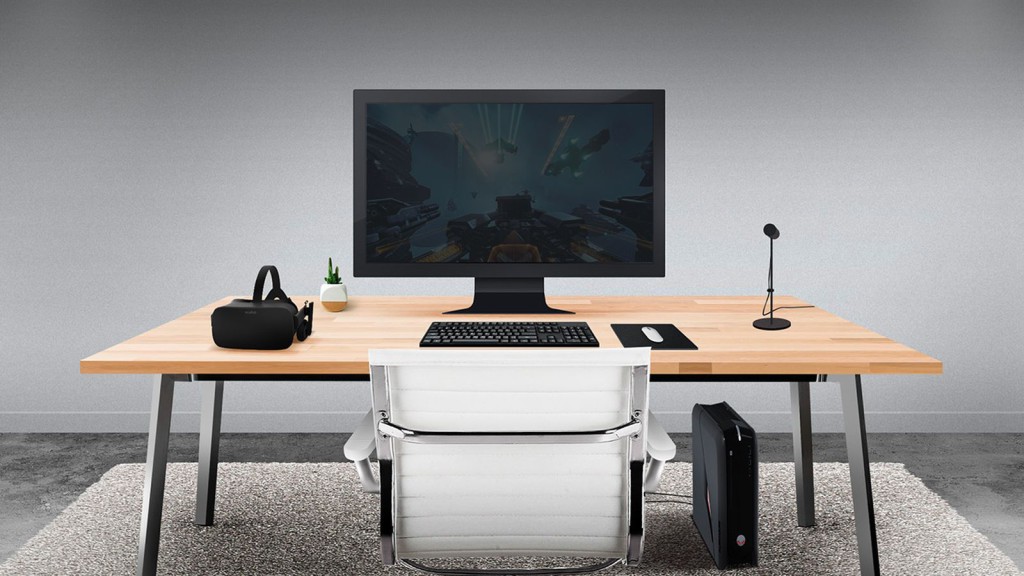 We’re on the verge of a new chapter in the world of technology. Across planet Earth, great minds are collaborating and competing to build the hypothetical bridge into a new dimension, the mystical and mysterious landscape of virtual reality (VR).

Among these technological wizards, two definitive leaders have emerged: Facebook-owned Oculus with the Oculus Rift and the Valve/HTC collaboration in the HTC Vive. Both have shown great promise in shaping the future of VR.

Now let’s take a look at how their two devices stack up against each other and what influence they may have on the untold future.

When considering the emerging world of VR, Oculus Rift is certainly the first name that will pop in most people’s head. They have, thanks to the help of a man called Palmer Luckey (the inventor of the Oculus Rift and the founder of Oculus), brought VR out from its dark cupboard and showed us that this ambitious endeavour has the capacity to become a reality. With Facebook’s US$2-billion acquisition of Oculus in 2014, the company has also gained some serious financial backing. Some are a bit wary of the Facebook takeover though, as the company is not one that has always been known to act in the interest of the people. But thus far it doesn’t appear that Facebook’s tampered with Oculus’ end goal.

One thing that does inspire great confidence in Oculus is the calibre of their development team, boasting some heavy weight names such as John Carmack and Michael Abrash, both who have been hailed as the some of the best programmers of their time. Put them next to Oculus founder, Palmer Luckey, and you have quite a dream team. If there are a few that can crack the mysteries of the VR universe then they are definitely among them.

When HTC originally caught wind of the VR wave, the company was eager to join up with Oculus in this new technological endeavour. But Oculus refused the partnership and HTC was forced to seek allies elsewhere. Fortunately, gaming industry heavyweight Valve answered the call. In March 2015 the HTC Vive was unveiled, soon to become one of the Rift’s greatest threats in the VR game. Led by Gabe Newell, a man frequently referred to as “Our Lord and Saviour” by many gamers, Valve has made several major contributions to the gaming industry and have long ago earned the trust of the gaming community. This loyalty could go a long way in the VR race.

But let’s not forget that HTC, who has been praised as one of the most innovative companies in the world, will also play a big role in the development of the Vive. Together these two imaginative companies will certainly make their mark on the world of VR.

With a quick glance at the specs, the Rift and the Vive seem identical. Both boast 2160×1200 pixels OLED displays (1200×1080 per eye), a 110-degree field of view and a refresh rate of 90Hz, high enough to ensure the smoothest visual experience possible to prevent motion sickness.

According to Wes Fenlon of PC Gamer though “the Vive’s field of view is notably larger—specifically, taller—than the Oculus Rift’s” and this “extra verticality is a real plus”. This gives the Vive an aspect ratio of 9:5 as opposed to its competitor’s 16:9 ratio.

Both VR headsets are driven by computers too, rather beefy computers at that. For the Rift, Oculus’ minimum requirements include an Intel Core i5-4590 processor, 8GB of RAM, Windows 7 SP1 and a GTX 970 or AMD R9 290 graphics card. Oculus also added that less powerful PCs will be able to run the device but then you will miss out on the true experience.

Currently, the requirements to run the HTC Vive are still unknown but as it is also powered via a PC and both device’s specs are fairly similar, we expect the requirement to be quite similar as well.

The more important aspects for comparison though are the sensor and tracking technologies employed by each headset.

The HTC Vive uses something called a “Lighthouse”, a device that will emit an infrared wave that will scan the room for sensors. These sensors will be placed around a room to create the “VR area” (a maximum of 5×5 metres) and these two objects will interact, tracking the user’s position in the room.

The Vive also features a front-facing camera. This camera allows for its “Chaperone” technology system, which allows all real world objects in the camera’s view visible within the VR world.

The Oculus Rift uses optical tracking technology where two sensors — one connected to your PC and one on your headset — will communicate to track the wearer’s position. Oculus CEO Brendan Iribe, believes that optical tracking and camera sensors are the “future of sensor tracking” technology:

If you look at things like the Kinect, or any of these different kinds of infrared structured light sensors, or any of the stereo camera sensors, they’ll be based on cameras. And cameras continue to get better.

The Oculus Rift has a very sleek aesthetic. It sports a smooth and solid front panel carrying the Oculus logo, with the sides covered in fabric mesh. It has an adjustable Velcro strap that has another panel to support the weight of the wearer’s head. Users can also adjust the inter-pupillary distance (IPD) of the optics, or the position of the visual displays inside the headset relative to the user’s distance between the eyes.

The Vive looks a little rougher around the edges but is no less comfortable than the Rift and also boasts an adjustable strap. It has interchangeable foam insert for the interior that will enable faces of all shapes and sizes, including those with glasses, to have a comfortable fit.

The Rift’s controllers look pretty space-age with two rings of sensors curling over the hand. Much like a joystick, an analog stick will be placed below the thumb with two trigger button beneath the fore- and middle fingers. All of these controls have integrated pressure sensors detecting the presence of fingers. This will translate into various hand gestures without the need for depressing any buttons. The Vive has more of a wand-like shape that is bent at a 45-degree angle to fit the shape of the hand. The controller is designed in such a way that the button placement is pretty similar to that of the Touch. Instead of an analog stick though, the SteamVR controllers have haptic feedback pads that provide vibrational feedback.

Both the Vive and the Rift will be released with a healthy dose of exclusive games, some of which look quite impressive. The Rift’s platform will be called “Oculus Home” and the Vive’s “SteamVR”.

Oculus’ range of titles will be considerably larger than the Vive’s. It’s estimated that there will be about 67 titles available at the date of its release, with EVE: Valkyrie and Lucky’s Tale coming free with each headset.

HTC and Valve have been rather quiet concerning exclusive titles for the Vive but many developers have shown keen interest in developing games for the headset. Recently thought, Valve has confirmed 12 titles at a content showcase in Seattle. These titles will all launch in 2016 but it has not been confirmed if any will be bundled with the actual Vive headset. Some of these titles include Elite: Dangerous, Hover Junkers, Job Simulator and a very impressive looking Zombie-killing title called Arizona Sunshine.

But with Valve and its Steam game distribution platform on HTC’s side, we can expect many more titles heading to the HTC Vive after its launch.

So what’s the score?

It’s hard to tell. Both devices are backed by massively impressive companies in Facebook and Valve respectively, while VR itself is still in its infancy. A waiting game is really what it can be called, but if you happen to be an Oculus or HTC Vive fan, do let us know in the poll below.

What we can say for sure is that this competition between companies in the VR race, can only be beneficial for the speed of technology development, and in the end, consumers too. 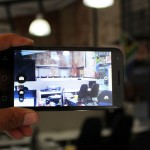