The Really Awesome Gaming Expo, better known as rAge, is heading to Cape Town from 18-20 March 2016, but while the expo is predominantly about getting one-on-one time with the latest games, it also promises to focus on those interested in pursuing a career in the industry.

For those already vested in game development, or learning the ropes, the NAG Jam is an interesting way to test their skills.

“Participants are invited to create a semi-functional game around a specific theme within a tight time limit, just weeks before rAge, and the best games submitted are selected to be put on display at the NAG Jam/Intel stand,” notes the presser.

Home_coded will also make its bow in Cape Town after its birth in November 2012, and will allow indie developers floor space at no extra cost to show off their wares.

And finally, what would a gaming expo be without the cosplay? rAge Cape Town encourages visitors to take part in the cosplay fun, have their photos taken with the public, and peruse Artists’ Alley — a showcase for local artists.

“Artists’ Alley is the creative hot spot where rAgers can meet their favourite illustrators and buy some local artwork,”notes the press release.

rAge Cape Town 2016 tickets are currently on sale, but if you can’t make it to Grand West in March, Gearburn will be there to bring you all the news from the latest gaming expo iteration. 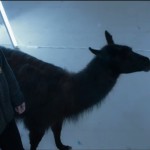