Gears of War 4 finally has an official release date, after The Coalition’s Adam Fletcher today announced new details on the Xbox Wire.

That date is 11 October 2016, however, the multiplayer beta will still kick off this month, 18 April, for those who purchased Gears of War: Ultimate Edition on Xbox One or Windows 10. Additional Xbox Live members will be allowed to join on 24 April.

It’s clear that The Coalition and Microsoft are scrupulously micromanaging the information released about the game. There’s not much else to report at present, and largely since the game’s first public outing at E3 2015. We do know the general story, at least.

It will star JD Fenix (son of Marcus from the debut Gears, not the chap from Scrubs), while the title itself is set around two decades after the last game. And, of course, you’ll have to shoot a few things along the way.

The beta will run until 1 May, so Microsoft’s giving gamers nearly a full month to experience the title. 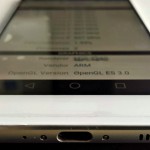