Between GoG, Steam and other digital platforms, there’s no shortage of retro videogames around – but Sega is stepping up in a notable way.

The company has already released a host of Mega Drive games on Steam, and now it’s announced that these titles will officially support mods via the Steam Workshop.

Mod support comes via the Sega Mega Drive Classics Hub, which is a free update to owners of any retro Sega games on Steam.

This hub is effectively a front-end for your Sega games, Sega’s UK division explained in a press statement.

“The new-look system is based on a bedroom of an early nineties Sega fan with dynamic time-of-day conditions, retro Sega paraphernalia, a shelf full of Mega Drive games (including the ones you own) and of course a CRT TV!” the company said.

The Mega Drive Hub is more than just a pretty interface though, as the company has revealed a few more features, such as optional in-game graphical filters, full gamepad/keyboard support and save-state support.

The latter means you can save a game anywhere and pick up exactly where you left off. 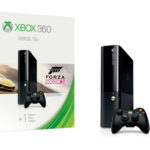