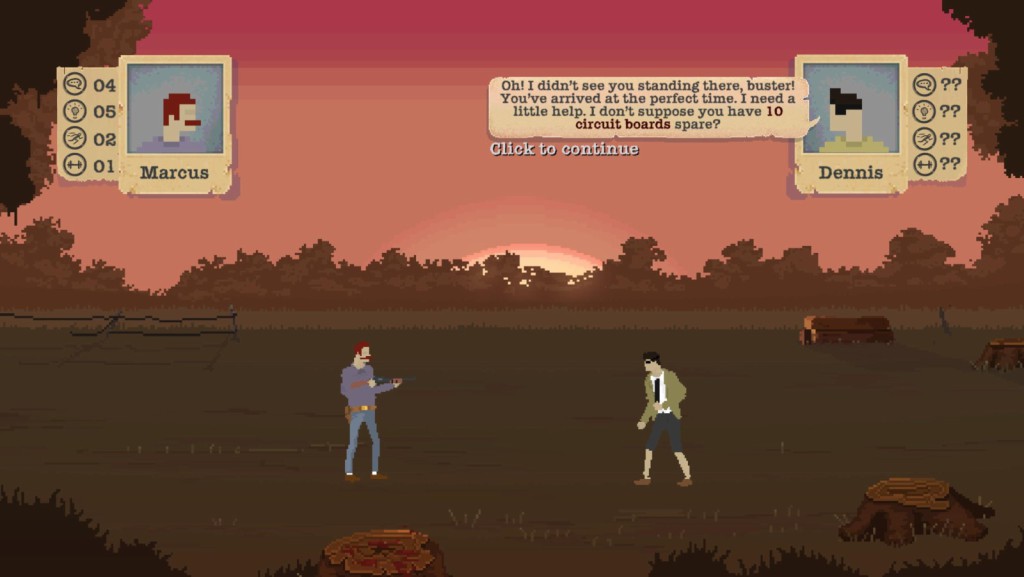 While everyone has been running around in the primitive landscapes of Far Cry: Primal, I have taken to the harsh environments of the post-apocalypse. On this journey through desolate digital landscapes I have encountered two interesting titles, one a gloomy 16-bit adventure in the wastelands of Earth and another a colourful experience taking place in deep underground bunkers.

While both deal with similar subject matter, their approaches are worlds apart. Hopefully this review will help you choose your path into the post-apocalypse. One thing is for sure though, we’re all heading to the end of the world. Sheltered was developed by the same guys that brought us The Escapists: The Walking Dead and the well-renown Worms series. It is a beautifully bleak 2-D survival management title where you take control of a family in the 16-bit post-apocalypse.

The goal of Sheltered is to see how many days you can make your family survive in this ruthless and unforgiving digital wasteland.

To do this you will be managing a plethora of elements in their lives such as monitoring their basic needs (oxygen, sustenance, hygiene, sleep, stress), expanding and upgrading their shelter and venturing into the wasteland to search for and retrieve necessary provisions. As I’m writing this I can’t help but think that it sounds a lot like a 16-bit post apocalyptic Sims, which in most cases would be pretty accurate.

Beyond the management of your family and their resources though, you will also be taking part in some good ol’ fashion wasteland brawling. Combat will take place while on expeditions in the wasteland, and will come in the form of turn-based battles.

You will be playing with four family members (two adults and two children) and your chosen pet (dog, cat, horse, goldfish, snake), each of which will add a specific bonus to your family such as the dog that provides a small stress reduction.

When starting the game you are given a reasonably in-depth character creation opportunity. You are able to name your family members, choose their gender, cycle through a decent amount of body types and ethnicity options and choose their character traits and attributes. In Sheltered you will be spending your time in either your shelter or on expeditions in the wasteland. “Character Traits” will determine your efficiency while at your shelter, such as the “Deep Sleeper” trait, which will lead to your tiredness stats decreasing faster when sleeping.

“Character Attributes” determine your efficiency while out in the wasteland. For instance a high level of “Perception” will increase your chance of discovering valuable items while roaming the wasteland.

Managing your family is quite an overwhelming ordeal when originally starting out. I had to do a few start-overs as the time I spent trying to get to grips with Sheltered’s gameplay meant ignoring the needs of my family.

My first hurdle was trying to figure out exactly what I need to do. This lead to me hovering my cursor over all the interactive elements just to get a sense of what the hell was going on. Next was wrapping my head around the crafting system and then becoming rather intimidated by the sheer number of building parts I needed to keep track of in order to progress further in the game.

Needless to say, this was a tedious period in my time with Sheltered. But once I got the hang of it, that familiar and consuming feeling of addiction that I get with so many management games started setting in, and the hours started rolling away. A man is sitting on a park bench, peacefully feeding the birds scurrying around at his feet. Suddenly a loud siren sounds in the distance and a bright flash fills the sky. The man and the birds are no more.

This is the introduction to the world of Life in Bunker. A cataclysmic event, presumably of a nuclear nature, has laid the Earth’s surface to waste, forcing humanity to retreat into deep underground bunkers.

You take on the role of a Bunker Warden, charged with designing the bunker and maintaining the survival of its residents until the Earth is once again habitable. To do this though, you will have to keep a keen eye on multiple aspects of the bunker to ensure your inhabitants make it to the new world.

Much like Sheltered, you will also be monitoring and satisfying the basic needs of your residents. But in Life in Bunker, things are a little less crude and quite a bit more structured and technologically advanced.

Even though you will be focused on the survival of your residents, most of will inevitably die. This won’t necessarily be because of bad mismanagement but rather attributed to the fact that you will be dealing with multiple generations of residents that work, retire and eventually succumb to the passage of time.

Guiding your residents through several generations is an aspect of Life in Bunker that I really enjoyed, as it really made me consider the perpetual cycle of life and death, much akin to the experience I had with the family system in Massive Chalice. Beyond their skill set for jobs though, there’s not much else distinguishing them from each other, not even facial features. I felt a bit like an Orwellian Big Brother figure as I forced my rather robotic faceless minions into a lifestyle of my choosing. The lack of personality in these characters made my residents appear more like cogs in a machine than human beings.

Life in Bunker takes a more colourful and jovial approach as opposed to Sheltered’s more serious and gloomy atmosphere. The environment is vibrant and the residents take on a more cartoonish appearance.

Fitting in with this, let’s call it light-hearted, theme is the mission of producing a new generation of cogs. Instead of instigating the carnal act of reproduction, you will be growing baby embryos in futuristic machines.

As strange as you might find this process, keeping a good supply of babies cooking is essential. Compared to Sheltered, I had a much easier time coming to terms with Life in Bunker’s gameplay, thanks to a very helpful and detailed tutorial. BUt one massive hurdle I hit is when my entire first generation of residents started retiring and I had only two young bloods to replace them.

Apart from that, the game was pretty straight-forward. For the first few hours Life In Bunker had totally immersed but, soon after, it’s ease of gameplay had and lack of progression started deterring me from continuing further and I eventually left my residents as warden before they were released back to the surface.

I wonder if the ever made it? 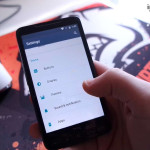