Missed the news? Microsoft will be increasing its Xbox Live rates to R159 a month, making for a massive increase compared to the current R50 a month rate.

That got us thinking, though… How much does it cost for a Xbox One and PS4, along with the necessary items (i.e. extra controllers and online subscriptions)?

In this department, we first opted to look at a console and game bundle, focusing only on the 1TB variants. So what did we find out?

Looking for the cheapest deal, regardless of bundle or storage space? BT Games’ cheapest Xbox One deal has the 500GB model with Quantum Break for R5499. Unfortunately (or fortunately), Sony has phased out its 500GB model, with the 1TB standalone model being listed for R6499 by BT Games and Dion Wired. That Takealot deal looks like a no-brainer then.

Sony and Microsoft’s controllers are mighty expensive compared to years gone by (and even compared to PC controllers), so what’s the damage for them then?

Takealot leads the way for Sony here, offering a limited R799 special on the 20th anniversary Dual Shock 4 gamepad. Not bad when the Xbox One and PS4 controllers usually hit R900+.

As for Microsoft’s controllers, you’re looking at a modest price cut from R1199 to R1049 on Raru for the gamepad with 3.5mm audio jack.

It’s definitely worth noting that Sony’s controller has a rechargeable Lithium-ion battery, while Microsoft’s controller uses traditional AA batteries (unless you buy a Play and Charge Kit for R445 on BT Games). So tack on an extra few hundred Rand for the Xbox One controller.

It must also be said that Sony has no equivalent to Microsoft’s R3000+ Elite controller, making any comparisons in this department moot.

Microsoft has announced a hefty price hike for Xbox Live users in South Africa, going from R50 a month to a massive R159/month instead. By comparison, one month of PlayStation Plus costs R99 a month, according to the official SA website.

What about a 12-month membership? Sony fans can hop on their consoles and splash out R749 for a year’s worth of PlayStation Plus (or R719 on Raru), while the South African Microsoft Store currently lists a R939 yearly rate (Raru lists a 12-month voucher for R899). 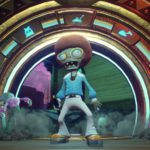