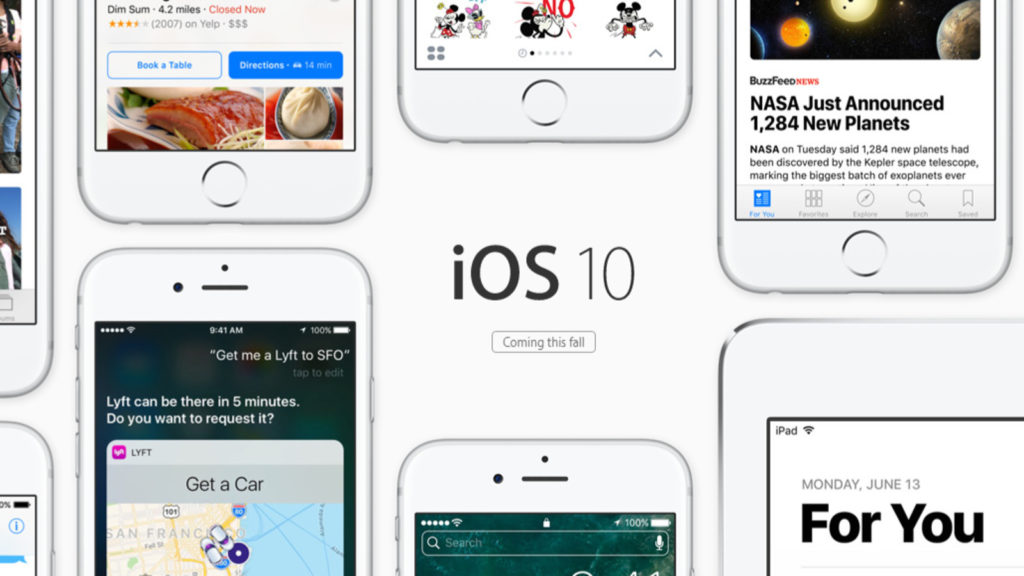 Apple’s World Wide Developer Conference (WWDC) keynote is over and, as you’d expect, there was a big focus on iOS 10.

The tenth iOS update isn’t quite as full-featured on the surface as the likes of iOS 7 and other versions, but there’s still plenty to like. In fact, there was even some locally relevant news as Apple quietly revealed Siri for South Africa.

Raise-to-wake is Apple’s response to Microsoft/Samsung/LG’s Glance screen efforts, allowing you to lift your phone to see lockscreen notifications.

Speaking of the lockscreen, Apple is delivering more 3D Touch actions for lockscreen widgets/notifications, as well as quick access to widgets/camera with lateral swipes.

Following Google, Microsoft and Facebook’s cues to make everything a platform, Apple has also announced that it’s opening up its iMessage service, Siri and Apple Maps to developers. Apple touched on the possibilities for Maps, such as the ability to seamlessly order an Uber and book a restaurant table from the app. Examples of Siri’s open nature include the ability to send money with Siri via Square and booking a cab through Lyft.

It’s not the only way Apple is following Google, as it’s produced its own take on Allo’s WhisperShout functionality. Apple will allow users’ text bubbles to animate upon a contact receiving the message, delivering a bombastic animation or a tiny version of the message.

More notable messaging additions include “invisible ink” (rub away at a message to reveal it), the ability to quickly swap words for emoji (the app detects which words can be swapped), larger emoji, quick responses (send one of six preset responses) and inline video support.

The company also revealed a Home app for iOS, not quite being the same kind of product as Amazon’s Echo and the Google Home speakers.

Instead, the Home app lives on your iOS device (along with some features on the Apple Watch and Apple TV).

The app will let you control various connected devices, such as your garage door, doors in general, security system, appliances and more.

The Home app will also deliver shortcuts to the Control Centre, so you’ll have your favourite appliances/devices on-hand in a far quicker manner.

Apple Music and News get redesigns

The Apple Music service has been warmly welcomed for the most part (except on Android), and the company is now bringing a redesigned app to the fray.

This redesign delivers a better-looking app, but also catches up to rival music players in one way with the addition of lyrics support.

Apple News has also received a new look, bringing with it some Google Now-inspired suggested articles/topics for your perusal. Other features include breaking news alerts and magazine subscriptions.

In an interesting note, the company claimed that over 2000 publications are in Apple News and that it boasts over 60 million monthly users.

Google Photos delivered some impressive functionality upon its release, with the smart categorisation and AI-aided visual recognition winning it critical acclaim.

Now, Apple has done something similar with its Photos app, as the app can smartly categorise your photos based on the actual subject, location and more. The company has also taken a page out of Google/HTC’s book by delivering automatic video montages of your photo albums.

Apple Pay comes to the web

In a rather cool move, the Cupertino company also announced that Apple Pay was hitting the web.

So users can shop online and then simply use Touch ID if the website supports Apple Pay. And best of all, you can use Apple Pay in conjunction with a Mac too – checkout your purchase on the desktop and authenticate the payment on your iPhone with Touch ID.

Apple also showed off its word cloud of features for iOS 10, giving airtime to features that weren’t mentioned otherwise.

iOS 10 will work on the iPhone 5 and upwards, the iPad Mini/Air and upwards and the iPod Touch 5th Gen and up.

The update is set for launch in the fall (northern hemisphere), although the beta is now available if you’re in the programme. Can’t wait and not in the programme yet? Then a public beta is coming in July. 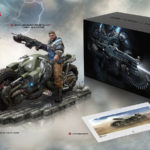