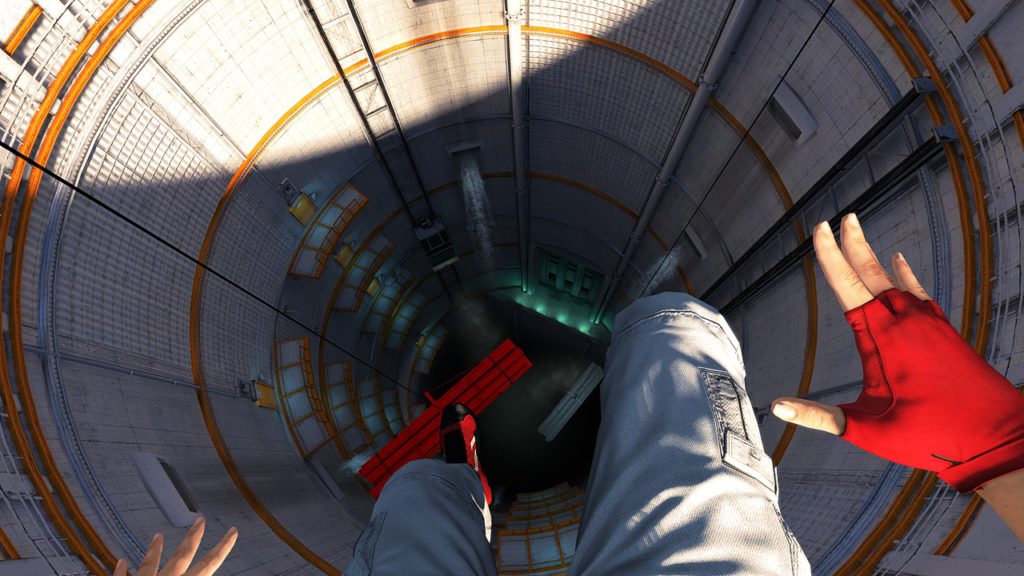 I’m sure most of us can recall that auspicious day in late 2008 when the gaming gods blessed us with the original Mirror’s Edge. It was like nothing we had ever seen before, a captivating experience that kept us on the edge of our seats and provided us with one of the greatest female leads in gaming.

Now, almost a decade later, we can once again wear the nimble shoes of Faith with the release of Mirror’s Edge: Catalyst.

Just to recap, in short, Mirror’s Edge is a first-person title where you use your cat-like “parkour” skills to manoeuvre past a wide and varying range of death-defying obstacles. But in truth, this game is a lot more than that, and to describe it so simply would be doing it a grave injustice.

If you haven’t had the pleasure of playing the original Mirror’s Edge, or you’re just looking for a nostalgic kick, then this article is undoubtedly for you. So without further ado, let us jump into this time travelling vortex known as a retrospective and turn back the clock to 2008…

Mirror’s Edge takes place in a dystopian future where the Orwellian government has full control over the media and is monitoring every form of electronic and digital communication.

Much like the “frog in boiling water” anecdote, the unnamed city’s residents have slowly been duped into comfortable lifestyles that distract them from the digital prison that has gradually been built around them.

With the increasing lack of digital privacy, those who wish to communicate sensitive information have turned to the “runners”. Runners are basically hired ninja-like couriers that deftly traverse the city via rooftops and skyways (a discipline most of us would know as “parkour” or “free-running”), physically delivering the sensitive packages that their clients wish to hide from the prying gaze of the totalitarian government. Our hero, 24-year old Faith Connors (voiced by Jules De Jongh), is such a runner.

At the point we join the story, Kate Connors, Faith’s sister and a member of the “City Protection Force (basically the Police), has been framed for the murder of Robert Pope, a local politician that is known for challenging the government and is, coincidentally, a close friend to the Connors family.

This, coupled with the increasing police aggression against runners, forces Faith to search for answers. In her pursuit of the truth she enters a world of conspiracy, death and betrayal.

When considering the fact that DICE is known almost solely for its work on the Battlefield franchise, you can imagine what a shock the release Mirror’s Edge was. Even by today’s standard, the original Mirror’s Edge was a very unique and different gaming experience.

Instead of encouraging violent confrontation, your mission was to actively (and rather acrobatically) avoid it. Although fighting was possible, you would usually just get the shit beat out of you. The use of guns was also permitted, but the opportunity to obtain one was quite rare and their considerably limited ammo made them near useless in such a fluent and chaotically fast-paced title.

Something that also sets Mirror’s Edge apart was the presence of a strong female lead of colour. In an industry that can sometimes be rather guilty of “whitewashing” and portraying women as hyper-sexualized pieces of eye candy, Mirror’s Edge took a very mature and socially conscious place.

One thing that was apparent in Mirror’s Edge was its focus on immersion. With the addition of minor details, it managed to largely breakdown the disconnected barrier between player and character. The screen jostles with your movement as you run, you can hear the wind swish pass your ears as you build up momentum, you can constantly see your limbs moving in your peripherals and you can hear Faith trying to catch her breath after a long sprint.

“Before Mirror’s Edge, you didn’t really feel like your character in first-person games had a body,” said Chris Baker, editor at Gamasutra.

“Jumping felt disembodied. Your in-game hands weren’t grabbing handholds and steadying you as you did a wall run. You didn’t see your legs pumping when you ran.”

Every little aspect of the experience was tailored to make you feel as if it were you pulling off these incredible athletic feats. To emphasize this even further, DICE made sure that traversing the city skyline was a true challenge, both in skill and courage. Every scenario you faced tested your wits, your reflexes and your stomach.

If you ever accidentally miss a jumped and ended plummeting to your death, the screen would start shaking and blurring while the distorted sounds of the city streets rapidly grew louder and louder. I remember the first time I experienced it, I could barely breathe. It felt vividly real.

“It has to be a freerunning game, for real, not the way that Assassin’s Creed feels like it sort of is,” says game designer and Gamasutra columnist, Ian Bogost.

“It has to be about this performative, experimental exploitation of physical environments, and the sense that you can get better at that and learn to see and work with those environments with greater and greater adeptness.”

One of my fondest memories of Mirror’s Edge was its distinctively minimalistic yet utterly breathtaking art style. Everywhere you went, everything was bathed in a sea of white (even trees) contrasted by sporadic splashes of vividly stark colours.

But its masterful use of colour was more than just aesthetic. In a game that requires you to be in constant motion and able to reflexively string together a rapid succession of manoeuvres, the colour palette of Mirror’s Edge acted as a brilliant tool for guidance and special awareness. The sea of white really added a sense of free and open space to the experience. And to guide you through the levels the, important objects such as drain pipes and cranes were painted in an eye-catching crimson red.

Additionally, the random splashes of colour was also a way to monitor your health status. Every time you get hurt in the game, colours will start to fade. When everything starts going black and white, you know you’re nearing your digital death.

One thing that I found disappointing in Mirror’s Edge though, was its lack of possibility. The game provided you with an extremely linear experience, teasing you with a large and beautiful city that you would never be able to explore.

There was also only one sure way to complete an objective and, in a game that enabled you to move so creatively, providing you with an alternative route would have been a great addition.

Mirror’s Edge was received positively by most reviewers, that praised it for its innovative and non-violent approach.

UK-based Computer and Video Games Magazine called it a “brilliant and unique experience, even if the small shooting parts aren’t quite up to scratch. IGN gave the game 8.3/10, calling it a “thrilling and stylish adventure”, but also added that it was “the first chapter of a franchise that’s still finding its feet.”

Although it was in no way a commercial failure, Mirror’s Edge only sold two out of the three million copies that DICE predicted over the next two years. That being said, those who did like the game, absolutely loved it and Mirror’s Edge quickly gained a dedicated cult following.

Since its release, Mirror’s Edge has also released spawned many spin off material. We saw the release of a 2-D platformer aptly named Mirror’s Edge 2-D, there was a six issue comic book series drawn by Matthew Dow Smith and written by Rhianna Pratchett (who also helped write most of the narrative in Mirror’s Edge) and last month Endomol Shine announced that they are producing a TV based on the game. 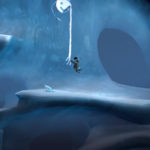