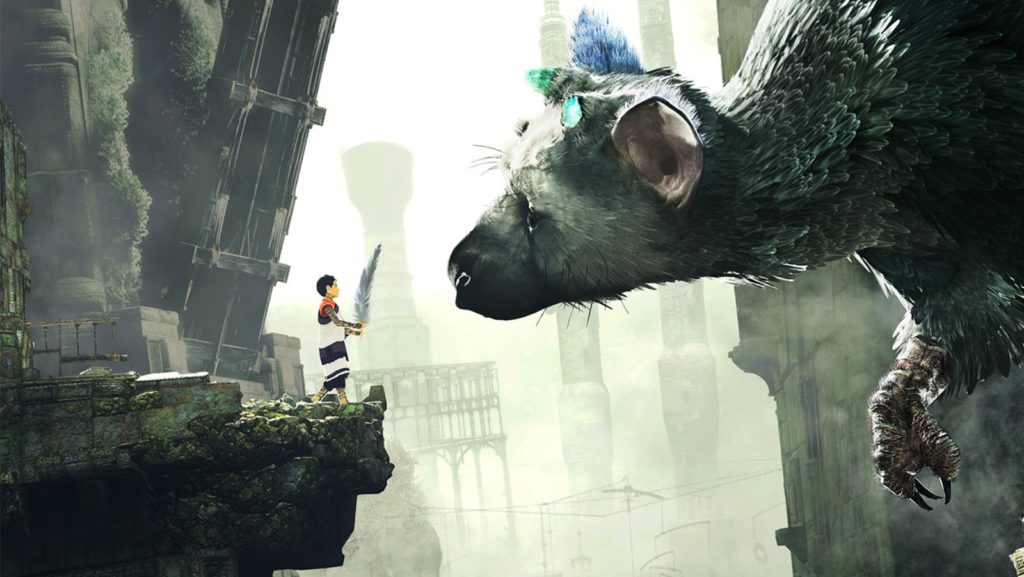 Unlike Microsoft, Sony didn’t want to make the centre of its conference its hardware. Instead, the company spent a good portion of its 75-minute do on stage showing gameplay demos.

And on that note, let’s get right into the conference in our game-by-game breakdown.

Orchestral opening followed by (a chap who seems to be) Kratos. Seriously Sony? What an opening.

Who knew Kratos had a sensitive side? In a good 10-minute gameplay demo of Sony’s new God of War title, the big oaf has a son of his own who isn’t quite ready to begin killing things. In a kill-or-be-killed world, he soon learns that death is the only way, even if it is against his inner moral compass.

It looks a densely emotive game, and for once, it seems that Kratos could be one of PlayStation’s most relatable protagonists.

Sony hit everyone right in the feels this time around, with a game that looked an awful lot like The Last Of Us. While it does feature a gruff, world-hardened male protagonist pining over a lost female love and yesteryear, this world feels a little off… in the best way.

You’re also killing, running away from and trying not to be eaten by zombies, while the game’s true end-goal isn’t quite known just yet.

The game also returned at the end of the conference, and its clear that this is the game Sony’s banking on to drive console sales even further. Of course, this and the following…

If Monster Hunter ever came to current-gen consoles and featured actual third-person realtime combat, then Horizon Zero Dawn would be it. Oh, and the monsters are machinery too, of course.

It’s the first slice of gameplay we’ve seen of the game, and we’re getting dialogue choices, a rather simplified The Witcher 3 inventory management system and slowed-time loadouts. Aloy can also literally hack into these mechanical animals and ride them. Sounds great.

Artificial intelligence is a prevalent theme running through 2016’s games, and Detroit Become Human really drives that point home. Based in a world of Androids and humans, both struggle to build trust with the other resulting in, well, a multitude of possible story narratives.

Here are the key numbers: it launches on 13 October 2016 in the US. It will cost US$399. And around 50 games will be available at launch. And on that note, here’s a look at some of the games.

VR is another big theme, even if Microsoft didn’t spend too long touting their plans. Sony PlayStation however, already has its custom in-house VR machinery and it demoed it using the one game you’ll probably be too scared to play in VR: Resident Evil.

Great idea? For gamers, yes. For light sleepers, haha no.

It will be playable entirely on PS VR, but also on the standard PlayStation 4 if you don’t have US$400 lying around. The game is coming 24 January 2017.

A game that looks like a first-person shooter space exploration title set in an outer world, we didn’t see all that much in the trailer. For one, it’ll likely be one of Sony’s VR front-runners.

Well, it says everything you need to know in the name really. Not much else was shown off, except the Joker’s usual creepy existential soliloquy.

Play as Prompto — there’s the big news. Otherwise, FFXV in VR looks a tad strange. Square Enix is really going all out for this FF, but I’m not convinced virtual reality will work with its play style.

This Call of Duty doesn’t look like Call of Duty. In fact, it looks rather marvelous. Set in space this time around, Infinite Warfare uses a number of interesting mechanics including grappling hooks, various futuristic weaponry and a zero-gravity system.

It looks great, but will it leave us disappointed?

Something that won’t, or at least hasn’t in the past, is Modern Warfare, which is getting a remastered version. With touched up textures, more pixels and the same gameplay, this is the Call of Duty title we think even the most jaded fan can get into.

Continuing the remastering binge, Sony announced that Crash Bandicoot will be remastered. Crash, Crash 2 and Crash Warped will all feature on PS4 sometime this year. Also, the character will appear in Skylanders Imaginators too.

The demo is available on PlayStation 4 at the moment and that’s the real thing to note here. Still, The Force Awakens looks like it will be just fine for Star Wars fans. Beyond that, we’re not sure.

If there’s one thing we can be sure about in the gaming world, it’s that Hideo Kojima doesn’t do normal. Also, he’s back with a game starring Norman Reedus. It’s called Death Stranding, and is developed and written by Kojima Productions sans Konami, of course.

Beyond that, well, it’s anyone’s guess what this game is about. Loaded with symbolism, naked butts and babies with USB cables attached to them, it’s definitely a stark departure from the Metal Gear saga.

And finally, the last sneak announcement on the day was Insomniac’s new Spiderman game. There’s no title, really. And like God of War, it’s simply titled “Spiderman.” 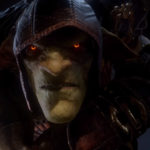