On the back of its leaky Samsung Galaxy Note 7 news, the company still has time to issue press releases of its new wearable products. The company today announced that the Samsung Gear Fit 2 fitness band, and the Samsung Gear IconX wireless earbuds are both heading to South Africa.

Well, at least the one is — the Fit 2 is already available in South Africa.

On that note, the fitness tracker is cut from the same cloth as other fitness trackers. It boasts a heart-rate monitor, a 1.5-inch 216×432 curved AMOLED screen, 512MB of RAM and 4GB of storage for music. The Gear Fit 2 also features a relatively small 200mAh battery, and a barometer and GPS.

The company suggests that battery will last nine hours on GPS mode (which should be more than enough for rapid Comrades runners) and three to four days doing its usual fitness band thing.

The Samsung Gear IconX however is a totally different genre of wearable technology. These critters are wireless earphones, which somehow boast 4GB of storage too, and a 47mAh battery (which can be charged using the charging case.

Samsung didn’t give too much away about these earbuds, but they do have capacitive touch controls, allowing users to change tracks, up volume and stop music through swipes, flicks and taps. The buds also boast Bluetooth 4.1 LE, which suggests they can stream music from a smartphone or other music device with Bleutooth connectivity.

The Samsung Gear Fit 2 is currently available at the likes of Dion Wired, Incredible Connection, Makro and Samsung stores for around R4000.

The Samsung Gear IconX will be available in August. 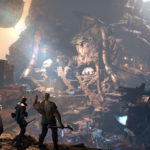