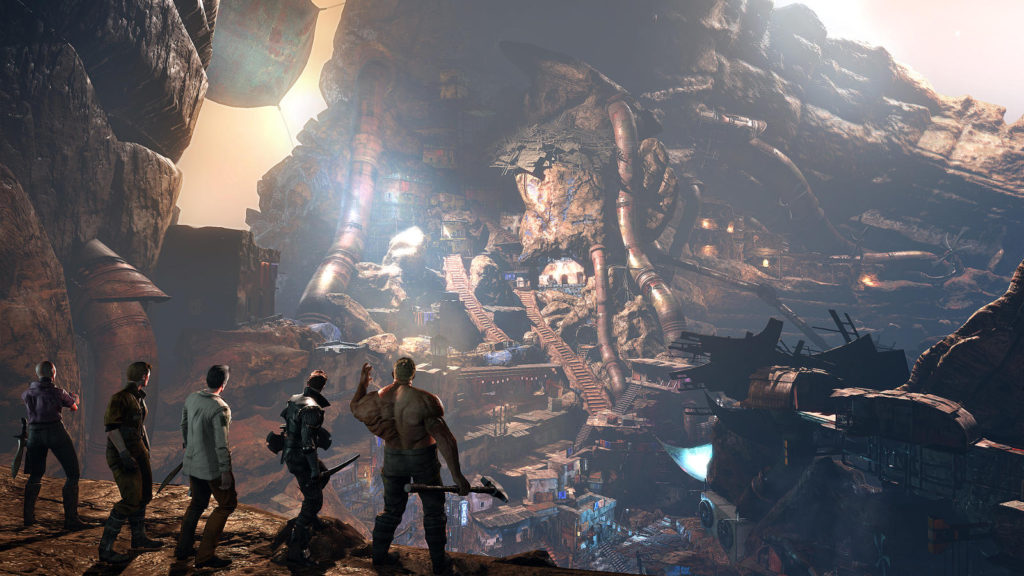 Take one part Mass Effect, mix it in with some Alpha Protocol and add a heap of Too Human. What do you get? The finished product is a hack-and-slash RPG that clearly shows its budget trappings. We’re talking about The Technomancer.

Anyway, The Technomancer takes place on a Mars colony that sees corporations running the show. This comes at the expense of mutants, poverty-stricken folk and other unfortunate souls down below.

You’re a Technomancer, one of the “lucky” mutants though, effectively able to channel electrical powers and imbue your weapons with said powers. This means you’ll be a special soldier for said corporations…

Following a prologue mission as part of your initiation, the Abundance corporation sends you out on missions and the like. But truth be told, you’ll be spending a large portion of the opening hours in the same set of brown and grey environments.

Sure, there’s the domed administrative area where you start out, as well as the slums and the underworks (think tunnels, shadowy passages and the like). But these areas quickly get old and it doesn’t get much better later on, in no small part due to the bland colour palette, dark environment, maze-like level design and budget production values. No cutting-edge stuff in this department.

On the visual side of things, you’re looking at ho-hum character models and lighting effects, copy/paste enemy designs (although the actual enemy types are just varied enough to not get too repetitive) and the aforementioned colour palette. It would’ve been nice to see a richer variety of colours, even though we are on the Red Planet after all.

As for audio, you should expect uninspired voice-acting. Now, this wouldn’t be as big of a problem if there was a variety of in-game dialogue, but you’ll hear the same old enemy yells during battle and the same lines after speaking to NPCs. No immersion.

The developers could be forgiven for the middling production values if the gameplay is redeeming and, truth be told, it does have some meat to it.

Players have three different stances at their disposal, with each stance having different weapons. One stance sees you using a staff, while another gives you a club and shield and the third stance features a knife and gun. Each stance also has a special attack, activated with a right trigger/R2 press, while players can electrify their weapons too.

Fortunately, each stance is varied enough that you’ll gravitate towards your favourite one, offering distinct play styles. The staff is a fast, room-clearing option with an area-of-effect special attack, the club and shield is super slow but delivers a heavy blow and the knife combo offers a neat middle ground, as well as a gun as a special attack. The combat system is rewarding enough, as you use two face buttons for a light and heavy attack and a B/circle to move out of the way. I did find that spamming a roll was an effective tactic through my playthrough though.

Enemy AI isn’t anything to write home about at all. They’ll run to you when they see you and gang up on you, as you’d expect. Then again, certain enemies will attack you in certain ways, such as the cave beast types lurching at you with their sharp claws and the desert ostrich creature swinging their tail at you.

In any event, the common strategy among almost all enemies is to wait until their attack is finished and/or get behind them — mainly with the roll/dodge or by running around them. The ability to use your gun or electrical powers is another effective solution in a scrap.

Read more: Overwatch, Uncharted and Dark Souls – the ten best games of the year (so far)

Combat animations have some Souls-style lag though, as you’ll need to wait for your animations to finish before your next move occurs. In other words, you can’t simply cancel an attack to dodge an incoming strike. This isn’t a bad thing at all but takes some getting used to – you won’t be mindlessly mashing the attack buttons.

Using each attack is satisfying enough and you can choose to pile your attribute points into one discipline if you wish. Still, it would be nice if you could reset your points (at a cost of course). The upgrades themselves are done at a snail’s pace too – it is an RPG after all.

Combat could also do with more variety though, such as more attacks for each stance – maybe even holding down on either the light or heavy attack buttons for different attacks. But it gets the job done, I suppose.

Want the stealth approach? Then good luck though, because this is one aspect of combat that could do with a lot more work. No stealth meter or anything of that sort and everyone hears you kill the one person anyway and rushes you.

Your weapons are upgradeable too, with slots available for upgrades in each weapon. Of course, in true upgrade system fashion, you’ll need junk scattered around the game to upgrade. This means you’ll be vacuuming up any and all items you find through your playthrough.

You’ll also be accompanied by a few NPC soldiers in your squad now and again, being able to issue rudimentary commands (attack, defend) and give them new weapons. Don’t worry if they get defeated in a battle, because they’ll often just pop back up again at the end of it all.

What you should worry about is the confusing map design, as most large levels in the game feel like mazes more than anything. A Fable-style breadcrumb trail would mitigate this to an extent, but there’s nothing of the sort in here. This is especially disappointing because the game often forces you to traverse between these areas to finish missions and start new ones. Why do I need to run across the map to turn in for a mission and get my pay? Surely the player could just radio in, confirm the mission’s completion and request… an EFT or something? It definitely feels like a poor attempt at padding the game.

It doesn’t help that there’s not much to do in the levels, aside from missions and the arena. It suffers from a classic case of open-world syndrome, in that you’ve got a lot of ground to cover, but nothing interesting in between. Activities, strongholds and random missions would’ve spiced up the game in a big way.

Oh yeah, missions… The game occasionally lets you finish a quest without violence, as you can charm or threaten people into doing your bidding. Some missions will also result in key enemies surrendering and pleading for mercy – what you do then is up to you. But there is a karma meter to guide you in this department.

In an interesting twist, pretty much every enemy in the game is left unconscious when you defeat them. However, you can kill them and drain them of “serum” (the game’s currency), albeit at the expense of karma again.

The karma system and associated choices, while not unprecedented and not deep, do a decent job of encouraging replayability. The system could’ve played a bigger role though, as it mostly boils down to a different line being spoken, arresting an NPC instead of killing them or a character disappearing. How about follow-up quests in this regard?

Verdict: The Technomancer doesn’t have the production values and engaging storyline of Mass Effect or The Witcher 3, so you shouldn’t expect a blockbuster price tag, right? Unfortunately, you’re looking at a full suggested price. The game’s fun take on combat, lengthy story and multiple choice approach makes for an entertaining romp. However, for R750-R899, I don’t expect confusing level design, droll voice-acting, disappointing graphics and constant backtracking. Wait until it’s significantly discounted before jumping in. 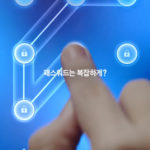