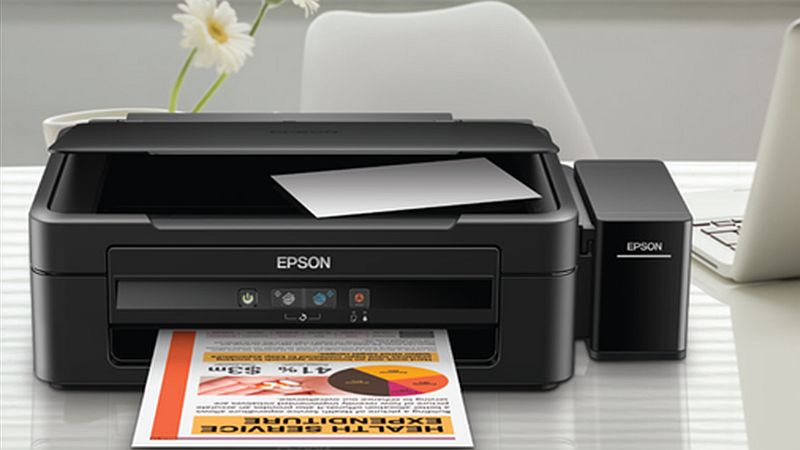 Yes, yes. We’re reviewing printers now, and it’s a better us for it. These often underrated, under-appreciated and laden-under-piles-of-books devices generally sit in the corner for most of their lives until they’re called upon. Hell, they’re like Batman: when you finally need them, you expect them to be there for you entirely even if they’ve spent most of their lives in abject solitude.

So with that in mind, we gladly took in an Epson printer for a few weeks. Epson has been making printers since 1977, so it’s fair to say that it has a few good years of experience. But does it shine through in its latest printers.

To answer that question, I have to use this little quip: enter the Epson L220. It’s the latest Epson printer to feature refillable ink cartridges allegedly claimed to reduce the long-term running costs of the printer, and keep more seagulls alive than others.

According to the company’s marketing material, this system brings “reliable printing with unrivalled economy” to the home. Ink cartridges for the older CX series can run up to R400 each in some cases. Although the company claims that the InkTank bottle refilling system is more efficient and user friendly than replacing entire cartridges, it’s difficult to find the former.

A few Googles later and I was presented with American-based sites selling the bottles. Ultimately, I’m not too sure how user friendly a system is if the user can’t seem to find essential elements of the system even before they attempt to use it. Still, Epson claims that one bottle is enough for two years’ worth of printing.

The theory, at least, paints a convenient picture:. just head to the nearest retailer, purchase a bottle of the ink required, open the Epson L220’s ink dock on its right-hand side and squirt away.

It’s generally what makes this printer, an the entire L range, a little different from contemporaries. It also, unfortunately, makes the printer itself a little wide. It’s about as broad as a 23-inch monitor and about a third as tall as one, so it’s fairly large for a small desk. It’s a generally flat design, with a minimal number of buttons and controls up front, apart from a power button, a copy button, and a dedicated scan button. Unfortunately, there’s no screen either, so plugging into a computer is the only real way to troubleshoot it.

Setting up the printer is also as simple as it can get really. These things don’t require a degree, but the biggest issue is perhaps finding the appropriate drivers.

Although Epson’s support page has the essential downloads, it’s not laid out very well. You’ll also find that downloading the wrong package will almost definitely happen before you stumble across the correct one. Nevertheless, I got the L220 to talk to my laptop within half an hour.

With the paper tray erected, it also makes putting pages in and out of the scanner on top a little tricky. I often found myself knocking the paper stack down, thanks to it’s angled design.

It uses one of those USB B printer cables too which practically everyone will have in their houses by now, and a two prong power cable, which isn’t all that long, unfortnately. This means position the printer in an office is somewhat limited.

But what of the printer quality? Well, for the most part, the Epson L220 whips out documents for fun and at a rapid rate. I’d say you could easily print a 15 page essay in a minute, depending on your quality setting. Standard quality is admirable, but I did find that the black ink tends towards 80% grey quite often on general A4 non-gloss paper.

General images are also fairly represented in paper form, but they aren’t spectacular. Printing a bright 1600×900 image of Halo 5: Guardians didn’t yield massively impressive results. Colours were washed out, some details were missing entirely and there wasn’t all that much colour discrepancy between certain shades. A higher resolution would undoubtedly bring better performance. And yes, the L220 can spit out up to 5760dpi, so theoretically, the printer would do extremely well with photo paper.

Usability concerned, the printer is incredibly quiet. For an office that hums along to the baby breath of the air conditioner, it could hardly be heard. When the printer accesses pages from the tray, it does get a bit noisy, but nothing that would wake a sleeping father of four. Better yet though is the scanner.

Using Epson’s Scan software (which almost every Epson scanner uses, big ups), scans are incredibly quiet, so much so that I actually have to double check by ear if its working. Scans are detailed too, and arguably the highlight of the printer itself. They’re crisp, can be extremely detailed if you up the settings, but will do your family photograph collection its just desserts. It’s also extremely simple too. Overall, it’s a big improvement over the Epson CX series that I own.

Generally, I have few issues with the Epson L220, with most of the problems coming by way of software rather than hardware. Windows 10, the hateful OS, tends to wipe drivers from the map after updates are installed, which meant a constant reinstall whenever Redmond decided to go to work. I also needed to restart the device more than a few times to get my laptop to shake hands with it. These aren’t massive issues, but are annoying.

Still, it was a pleasure to have the Epson L220 on my desk. After a ream of paper, it’s still printing without hitch. I didn’t need to reset or clean print nozzles, or pray to the printing gods to get it working. Where that’s concerned, it’s a great all purpose printer for a small study or home office use.

Verdict: Priced at around R2600, the Epson L220 is a great idea that’s not as well supported as it should be. Finding ink is a mission, finding drivers is a task and finding a place to put it if you have a small office is tricky. But it prints well, scans quickly, it’s quiet, reliable and overall a strong package from Epson. And if its ink bottle claims are true, it’s clear that it should hum along for a good few years after use too. 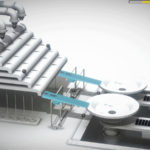