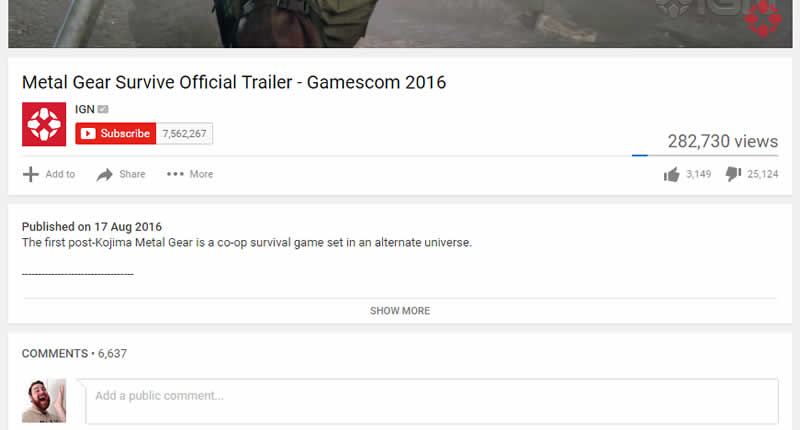 Having only been revealed today, Konami‘s latest Metal Gear game isn’t fairing all that well. In fact, Metal Gear Survive‘s official trailer has 25 124 downvotes at time of writing.

Hosted on the IGN YouTube channel, who had an exclusive on the reveal, the video has garnered over 280 000 views and 3100 upvotes. Though, after Konami’s treatment of Hideo Kojima, it doesn’t seem like fans are too pleased with the company.

Some of the quotes from YouTube commenters on the video:

“Metal Gear Evil? Metal Resident Solid? Resident Gear Solid? Any of these names would also be accurate for this blasphemy,” says DLxLoo.

Jeremiah Cloud just isn’t happy at all: “Stick to Pachinko morons. Please sell MGS, Suikoden, and other IPs to better Devs and continue on with your handheld/pachinko crap. Stay the F*** away from consoles and PC, this would win an April fools razzle award spoof contest except that it is real plus you stole some of the Last of Us clicker concept for your Metal Gear Zombies… Go to developer hell and stay there.”

“let’s be honest it can’t be worst then MGSV,” says Mehdi el Ouarraki. 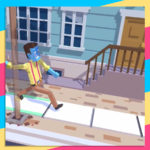