According to a new statement by Bethesda, Sony has barred the developer from enabling user mods on the PlayStation 4 for Fallout 4 and Skyrim.

The statement published by the developer reveals that the Japanese console maker “will not approve user mods the way they should work: where users can do anything they want for either Fallout 4 or Skyrim Special Edition“.

“Like you, we are disappointed by Sony’s decision given the considerable time and effort we have put into this project, and the amount of time our fans have waited for mod support to arrive,” Bethesda continues.

According to Bethesda, Sony is blocking the move to mods on the PlayStation 4

While not ruling out mods on the PlayStation 4 even in light of the news, Bethesda did state that it hopes “to find other ways user mods can be available for our PlayStation audience”.

Fallout 4 mods have been available on the PC for a while, while the addition arrived on the Xbox One earlier this year.

“We will provide an update if and when this situation changes,” Bethesda concludes.

You can have a look at the developer’s official statement here. 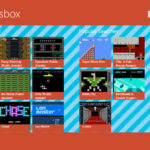