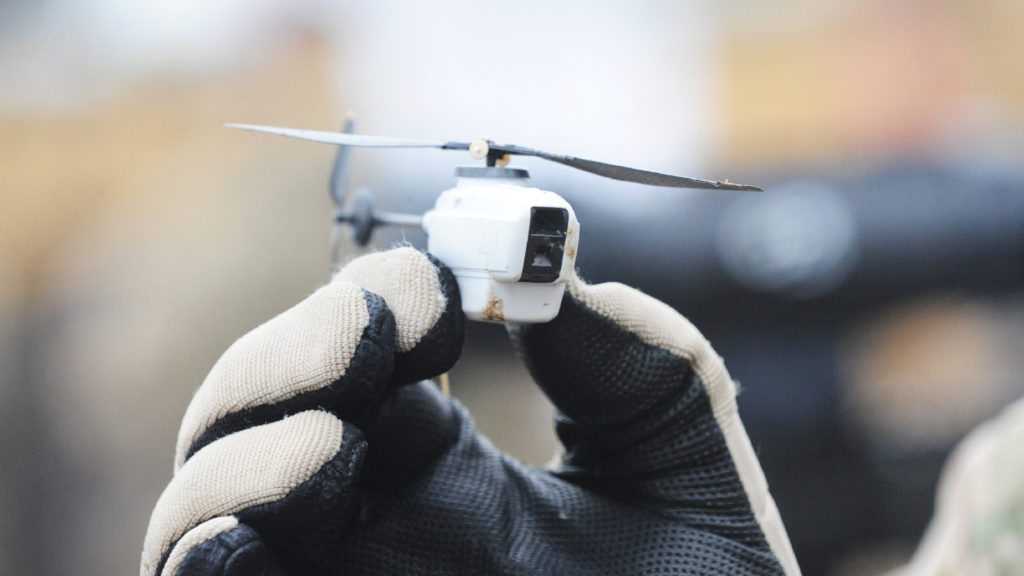 A Black Hornet nano helicopter unmanned aerial vehicle (UAV). The Black Hornet Nano Unmanned Air Vehicle measures around 4 inches by 1 inch (10cm x 2.5cm) and provides troops on the ground with vital situational awareness. The Black Hornet is equipped with a tiny camera which gives troops reliable full-motion video and still images. Soldiers are using it to peer around corners or over walls and other obstacles to identify any hidden dangers and the images are displayed on a handheld terminal.

In the past two decades, the world has witnessed an immense evolution in the sphere of drone technologies. What use to be the stuff of science-fiction has become one of the fastest growing industries in the world.

From commercial camera drones to man-killing hunter drones, this hi-tech gadget with its endless array of possibilities for real-world applications is rapidly integrating itself into human society.

In this article, we will explore some of the most interesting drone designs out there so that you can get an idea of what the future might one day look like.

We’ve covered the Lily drone here on Gearburn before but seeing as it’s such an impressive device we thought it a good idea to throw it in a feature again.

Autonomous, flying selfies are here thanks to Lily Throw and Shoot camera

Lily is a new start-up company that hails from Menlo Park, California. With its new and innovative throw-and-shoot flying drone camera (simply named “Lily” or “Lily Camera”) it aims to change the landscape of visual documentation. Read more…

The Lily is a “throw-and-shoot” camera drone that is aimed at extreme sports enthusiasts and designed by the California-based start-up of the same name. Unlike other drones, which are usually controlled via a remote, Lily is fully autonomous.

Users will strap on a watch-like sensor to their wrists, which acts as a tracking device, and the Lily drone will automatically start following them wherever they go (up to 40km/h). This leaves the user free to indulge in their adrenaline-filled endeavours while the Lily focuses on capturing the unfolding adventure.

Beyond the standard follow function, Lily has the ability to hover, zoom, pan and loop, providing the user with the opportunity to create cinematic-like footage.

The on-board camera can shoot 1080p at 60fps and 720p slo-mo at 120fps, with the tracking device recording the sound. It also makes use of advanced algorithms to “train” itself to recognize the behaviour of its user.

The Lily is up for pre-order now and can be purchased for around US$920 including shipping costs.

This is probably by far the most well-known and notorious drone, or “unmanned aerial vehicle” (UAV) in military jargon, featured on this list.

The MQ-9 Reaper is a non-commercial drone primarily used by the United States, Royal and Italian Air Forces. It saw its first official flight on 2 February 2001 and since then has become the backbone of US military activities in Iraq. In March 2011, the US Air Force (USAF) claimed it was training more pilots to control Reaper drones than fly F16 fighter jets.

It was built as the successor to the Predator drone with the USAF shifting the roles of their drones from surveillance and reconnaissance to a hunter-killer approach.

“We’ve moved from using UAVs primarily in intelligence, surveillance, and reconnaissance roles before Operation Iraqi Freedom, to a true hunter-killer role with the Reaper,” said then-Chief of Staff of the USAF, General T. Michael Mosely, in 2006.

The Reaper boasts a 950hp turboprop and can achieve speed up to 483km/h. It can carry a maximum payload of 1700kg, enabling it to be fitted with a variety of weaponry such as Hellfire missiles and laser guided bomb units. It can reach an altitude of 15 000m and can be operated from a distance as far as 1850km.

The Reaper can be bought for US$900 at your nearest super-market… no, I’m just kidding. You’ll never own one of these.

Ever watch the movie Eye in the Sky? Remember that scene when the military infiltrates a terrorist hide-out with a eetle-sized drone? Well, as far-fetched as it may seem, this might be closer to reality than you think.

The Black Hornet, developed by Norwegian-based Proxdynamics, is a 16g surveillance drone used to various military powers to gather intelligence.

“This is what they use when they check out enemy compounds,” says Proxdynamics CEO, Arne Skjaerpe.

It has an operational flight time of twenty-five minutes and can be operated up to a distance of one thousand meters. According to Defence One, a US based publication that focuses on “U.S. defence and national security,” the Black Hornet boasts a “surprisingly clear video feed”.

The tiny drone is launched from a small boxed that can be strapped to a utility belt. The recorded footage is stored in this box, instead of on the drone itself, preventing the retrieval of any footage if the drone is captured. It can be controlled via a joystick controller or can autonomously follow a predetermined path set by waypoints.

It has been used by the British Brigade Reconnaissance Force for over four years now, especially in operations taking place in Afghanistan. The US military has also shown much interest in this drone and has, apparently, already started equipping it on dismounted soldiers.

ArachnoBeeA: a drone made for space

This is another drone we’ve previously covered on our sister site, Memeburn.

The ArachnoBeeA is an innovative and highly sophisticated drone that has the ability to operate in zero-gravity environments (that’s right, a space drone). It was created by the Cyprus Space Exploration Organisation (CSEO), a company established by key international people in industry and academia based in Cyprus”.

It was originally designed for one of NASA’s International Space Apps challenges, namely “Zero Gee Bee – Your friendly neighbourhood drone”, for which it won NASA’s Best Mission Concept prize.

The greatest obstacle to overcome when designing such a drone is gravity, or rather the lack of it, as it is one of the main elements that factor in a standard drone’s orientation calculations.

To overcome this, the designers created sensors that can be placed around the spaceship that tells ArachnoBeeA how to orientate itself and avoid obstacles. These sensors are essential to the drone’s operation, so you can unfortunately only control it within the confines of a space ship. I apologize if I just crushed your dream of deep space drone exploration.

To assist the drone in stable movement, the designer equipped it with mechanical arms that allow it to grab onto objects and a vacuum that is able to “suck” it onto any surface.

Because of its highly experimental nature and very specific use, the ArachnoBeeA will probably never be sold commercially. 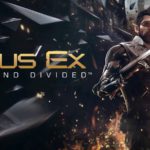