Planned obsolescence is a term that might be used too loosely, but HP may have just taken the crown after allegedly pre-programming the failure date of non-HP printer ink cartridges.

According to Dutch retailer 123inkt.nl, thousands of printers all over the world displayed the same error message on 13 September. “One or more ink cartridges appear to be damaged. Remove the cartridge and replace them with new cartridges,” the error message claimed.

The retailer’s technicians succeeded in flashing older firmware to the HP printers to get the cartridges running again. However, it added that this wasn’t a feasible solution for many consumers.

Now, HP has responded to the scandal, telling Dutch news website NOS that it was protecting its intellectual property and trying to improve “the safety of its products”.  It added that printer cartridges would work if they had the proper HP security chip in them.

HP support staff on its forums were also directing users to seek refunds for their unofficial cartridges and take advantage of a discount programme. 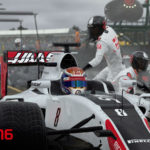