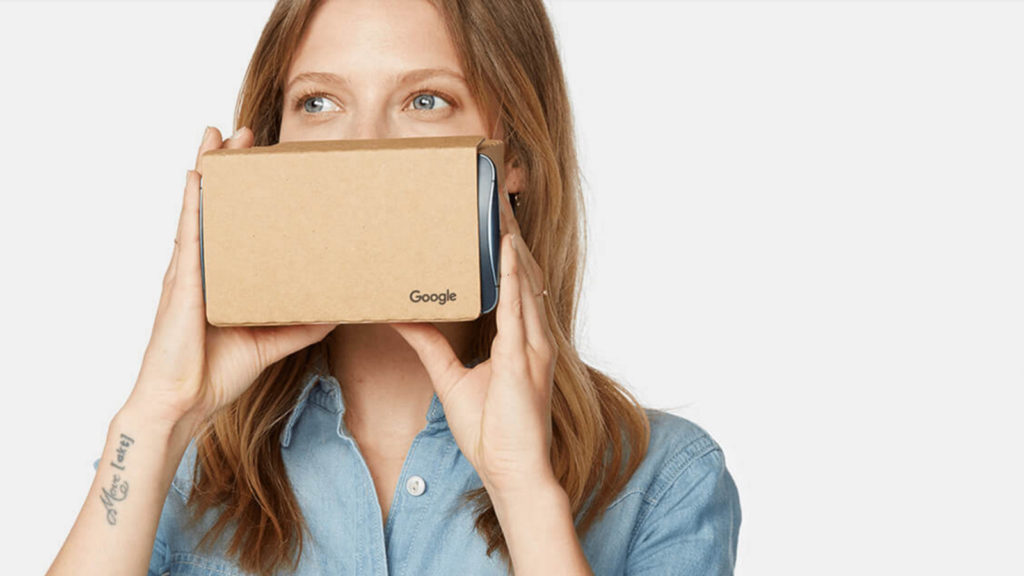 Between the camera, battery life, general performance and gaming, smartphones have loads of boxes to tick. These days however, it seems like virtual reality (VR) is another box to add to the list.

So then, how do you spot a great phone for VR? Well, in a broad sense, you’ll need a high resolution display (ideally 2560×1440), preferably an AMOLED screen (fast refresh rates and true blacks), a powerful processor to drive the action and a decent sized battery. With all of these factors in mind, we pick a few ideal smartphones for VR. Two of the best picks for VR are Samsung‘s S7 and S7 Edge (review) smartphones, ticking all the boxes for an excellent experience.

There’s a 2560×1440 Super AMOLED display on each device (5.1-inches and 5.5-inches) and a powerful Exynos 8890 chip running things. But the S7 phones also pack bigger batteries as well, handily beating the S6. Then again, many phones beat the S6 for battery life…

In a neat touch, the S7 and S7 Edge work with both Cardboard headsets and the Gear VR (review) headset. The Gear VR features exclusive games, apps and experiences too, making the headset purchase worthwhile too. Can’t quite afford the Galaxy S7 phones but want the Gear VR experience? Then you should consider last year’s high-end Samsung phones.

The S6 (review), S6 Edge, Note 5 and S6 Edge+ are powered by an Exynos 7420 processor that still delivers a smooth experience today, while the latter two phones feature 4GB of RAM instead of 3GB.

Another standout feature is the 2560×1440 AMOLED screens on all four phones, so the usual advantages should apply here then. The biggest downside to these phones have to be the small batteries though, as they are all significantly smaller than 2016’s lineup. Unfortunately, the high-end Z5 model doesn’t pack an LCD screen, which means that (on paper at least) you should experience a bit more motion blur. Nevertheless, the phone’s screen is still a big deal. The Z5 Premium is packing a 5.5-inch 4K display, which should make for a more detailed experience than any other phone.

Other than the pixel-dense screen, you’re looking at a phone with a Snapdragon 810 chip and 3GB of RAM. It’s not nearly as powerful as the S7 and there are concerns about the chip throttling itself after a few minutes, but you can still expect a better experience than the vast majority of phones out there. Yes yes, the new Nexus (or Pixel) is around the corner, but last year’s model is still a rather capable performer when it comes to virtual reality.

The Nexus 6P offers a 5.7-inch 2560×1440 AMOLED display for a smooth and sharp experience as well as a rather decent 3450mAh battery. The Snapdragon 810/3GB RAM combo isn’t as speedy as the Snapdragon 820 and other flagship chips, but it still offers good performance anyway. For the developers and tinkerers out there, Google is actually testing its Daydream VR software suite on this handset, so you know it’ll be able to deliver the goods.

The only downside is that the phone doesn’t pack expandable storage, but it features 32GB, 64GB and 128GB of space nonetheless. The phone is being pushed hard by Vodacom and Vodafone as a mobile virtual reality platform, so was there any surprise to see it here?

The Smart Platinum 7 isn’t the most powerful handset on the list, but the nippy Snapdragon 652 and 3GB combo keep things smooth anyway. Throw in a 5.5-inch 2560×1440 AMOLED screen that’s ideal for VR and you’ve got a good experience on paper.

Otherwise, the addition of a decent 3000mAh battery and a VR headset with every contract purchase makes this a sensible pick for virtual reality. We already know that Android Nougat will feature support for Google’s Daydream VR initiative and native virtual reality support. We also know that Google will be revealing two phones in the Pixel range, being some of the first devices with Nougat.

Either way, the Pixel range will represent the VR experience Google wants to offer to the Android world at large.

Have a Samsung Gear VR? Then you should check out these five must-play games for the platform.