Huawei has announced the HiSilicon Kirin 960 processor a few weeks before the Mate 9 is expected to be revealed, being the successor to their potent Kirin 950 and 955 processor.

We definitely expect to see the 960 in the Mate 9, but Huawei’s track record has shown it’s likely to use the processor (or tweaked variant thereof) in next year’s P10 flagship as well.

Don’t believe me? Well, we’ve seen the Huawei P8 Max’s Kirin 935 chip used in the Mate S later that year, the chip being a slightly faster version of the Kirin 930 used in the vanilla P8 (review).

Then there was the Huawei Mate 8 (review) and its Kirin 950 chip, which would go on to be used in the P9 (review).

So then, it’s almost guaranteed that we’ll see this chip (or a Kirin 965) in the P10. What should we expect from the new processor then?

A big step up for mobile chips in general

Easily the most notable upgrade in the new processor is the move to four A73 cores, accompanying four power-sipping A53 cores.

The Kirin 960 is quite possibly the first chipset to feature these cutting-edge A73 cores, succeeding the heavy-lifting A72 cores revealed late last year. So what does this mean for performance then?

Well, it’s not a gigantic leap in performance at all, but the A73 promises some significant efficiency gains. In fact, at the time of the core’s reveal, ARM claimed “sustained performance and power efficiency” gains of 30% compared to the A72. In other words, expect better battery life for the same tasks and better performance for sustained tasks (e.g. lengthy gaming sessions, benchmarks etc).

A big upgrade in graphics

The HiSilicon chips have generally been mediocre in the graphics department, with the Kirin 950 using a ARM Mali T880 MP4 (the four in ‘MP4’ denotes ‘quad-core’ graphics) GPU. This was easily the weakest link in the Kirin 950.

By comparison, the Exynos 8890 used in the Galaxy S7 range used a similar but beefier Mali T880 MP12 graphics component (featuring 12-core graphics). As a result, Samsung’s processor was able to out-muscle most smartphones in the graphics and VR stakes.

Fortunately, the Kirin 960 ups the ante in a big way, in the form of all-new Mali-G71 graphics, built on new architecture. According to Anandtech, the new chip will feature octacore graphics, so not as many cores as the Exynos 8890, but the new design should fill that gap in many ways.

So apart from better-looking games, what else can you expect from the upgraded graphics? GPU architect ARM notes that the new graphics tech is also made with VR in mind. Couple that with rumours about Huawei releasing a Daydream VR handset and it’s looking like the Mate 9 will join the Pixel and Galaxy S7 as a VR beast.

“The Mali-G71 GPU was developed expressly to meet the needs of new industry advancements such as the Vulkan cross-platform graphics API from Khronos as well as the ever growing demand for a smooth mobile VR experience,” ARM explained on its website.

How does it compare to its predecessor, the T880?

The new GPU is capable of delivering “up to 20% better energy efficiency, 40% better performance density and 20% external memory bandwidth saving compared to Mali-T880 under similar conditions”. And this comparison is ostensibly done with the same number of cores, which means the Mali-G71 GPU used in the 960 could be an even more formidable beast.

Combine the upgraded GPU, additional number of cores and Vulkan API support and you’ve got a major improvement over this year’s Huawei silicon.

Sure, we’ve seen 4K recording in the Huawei Nexus 6P and the Huawei Nova range, but those phones all used Qualcomm’s Snapdragon chips. 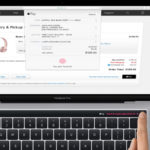