The world has been crying out for a Red Dead Redemption sequel for a few years now, but a cover photo change on Facebook has been met with much glee.

By simply uploading a publisher logo to Facebook, Rockstar Games has ignited gaming communities at large. Although to be fair, the company is using a similar red background to the last game’s imagery.

It’s also worth noting that the background on Rockstar Games’ newswire is near-identical to the newly uploaded logo.

Red Dead Redemption was released back in 2010, being a sequel of sorts to 2004’s Red Dead Revolver.

However, the sequel was a success far beyond that of the original title, receiving critical acclaim and selling millions of copies on Xbox 360 and PS3.

The title was also made backwards-compatible on Xbox One this year, after being one of the most desired games on Microsoft’s wishlist.

Of course, this could all just be a gigantic swerve to prepare us for the arrival of Smuggler’s Run 2 or Table Tennis 2… 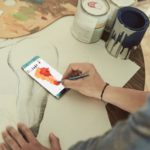