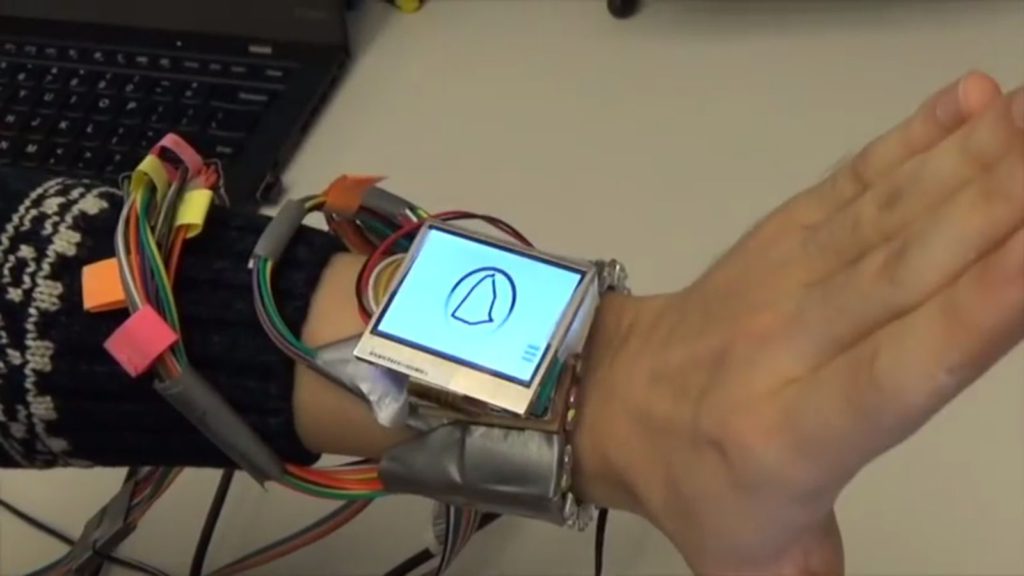 A team from Dartmouth College has developed a novel way to use a smartwatch. Dubbed the WristWhirl, the smartwatch is currently in prototype but allows users to perform touch-screen gestures using only one hand in a continuous motion.

To develop the WristWhirl prototype, researchers observed the intricate movements of the wrist. By using a small group of participants making eight joystick-like movements while standing and walking, researchers were able to record specific gestures.

“While other studies have explored the use of one-handed continuous gestures using smartwatches, WristWhirl is the first to explore gestural input,” explains co-developer Xing-Dong Yang in a blog post.

Participants in the study then had to use their wrist to make four directional movements mimicking flicking a touchscreen. They were also asked to mimic free-form shapes such as a triangle to record the subtle movements within the wrist.

To measure how accurate the free-drawn paths and shapes were, researchers outfitted the WristWhirl with a US$1 gesture recogniser which recorded a 93.8% accuracy.

“Technology like ours shows what smartwatches may be able to do in the future, by allowing users to interact with the device using one hand (the one that the watch is worn on) while freeing up the other hand for other tasks,” concludes Yang.