By Andy Walker, former editor
Read nextLG V20: can you record clear audio at a concert? 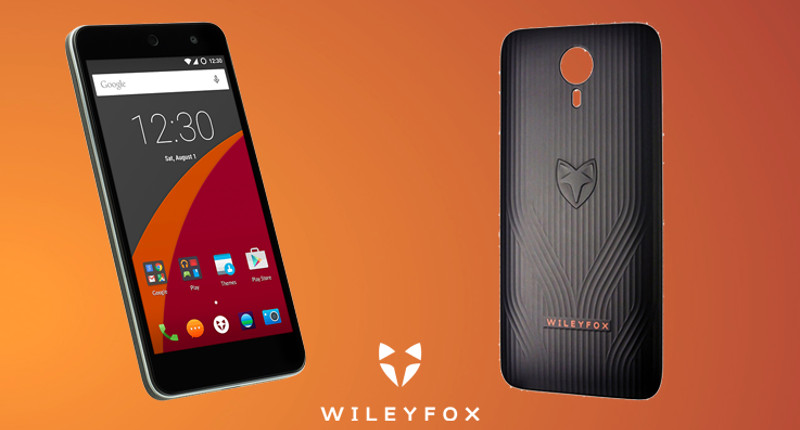 You have R2500 sitting in your pocket for a phone. You don’t fancy taking out a contract because hidden costs and flagship phones are ridiculous overkill. You’re looking for a device that can snap the odd picture, send the odd message and looks like something a little more expensive.

If that describes you, the Wileyfox Swift might be a good option.

When the UK company launched last year I honestly thought “Oh God, not another smartphone company making the same old cheap Android crap, flooding the already stool-filled market with more drab”. But thankfully, I was wrong, the Wileyfox Swift, even a year on from its launch, is a great little phone.

Visually, it’s fairly simple if not boring. A sandpaper-like charcoal backplate is accented with orange strips and a smooth, fairly simple face. The camera at the rear does protrude ever so slightly, while the the flash sits below. Lower still, the Wileyfox logo sits above the company’s actual name, written in orange (naturally).

Around the bottom, you get stereo speakers flanking a microUSB port. Up top, there’s a microphone and 3.5mm headphone jack and around the right-hand side, there’s a power button and volume rocker. Simple.

There are no capacitive buttons either, which means the lower bezel is fairly brief.

As for the internals, there’s plenty to look out for. Priced at R2300 on the Orange store (because that seems about the only place one can buy one), you’ll get a 5.0-inch 1280×720 screen, a Qualcomm Snapdragon 410 SoC, 2GB of RAM and 16GB of internal storage. The latter can be supported by a microSD card, and you’d probably want to. The Swift also has a 13MP rear camera and a 5MP selfie snapper. We’ll talk about these later.

For now, you should know that it’s fast enough to do most tasks quickly and “swiftly (cough), but it’s not going to win any Olympic medals. Running on the LG G4 Stylus, the chipset is deathly slow. In the Wileyfox Swift, it’s a little less so, but still nothing stellar.

Playing games like Blendoku, Fast Like A Fox or Fallout Shelter is possible though, just don’t think it can run Crysis.

The Wileyfox Swift’s biggest draw card is its operating system

Moving onto other performance factors, the camera’s pretty average for its sensor size. You’d expect a 13MP snapper to produce stellar snaps, but the Wileyfox Swift suffers from the lack of OIS. It does have autofocus, but it’s shitty, and the Cyanogen camera app, while option heavy, can’t save it. But that’s if you’re comparing it to a R10 000 flagship. For R2300, it’s the best camera in its price range. Easily.

Battery life is also above average. With the frugal 410 chipset and a 2500mAh battery, you’ll get around a day out of the Swift with about 80% brightness. Charging will take about three hours from dead to 100%, which is fairly normal for modern devices.

But the Wileyfox Swift’s biggest draw card is its operating system. Running Cyanogen OS, the little phone comes packed with useful features that many Androids don’t have. Sure, it’s based on Android Marshmallow, but it feels tighter, lighter and neater compared to its stock parent.

There are more theme controls and a large library of themes, and a slew of permissions tweaks (that phones are only now starting to receive through Android Marshmallow). A reading mode is a nice addition too, allowing users to adjust the amount of blue light emitted by the screen. Nice.

Overall, the Wileyfox Swift is a stellar phone, and probably the best in its price range. Sure, there are issues, but those are mainly brought about by unfair expectations. As a budget device, few things can compete with it.

Verdict: I can’t think of another device that’s this feature-packed at R2300. If you can manage your expectations, and try not to use its camera too often, then the Wileyfox Swift is a great budget smartphone with an even bigger heart. 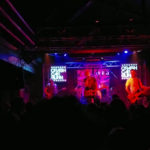