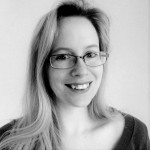 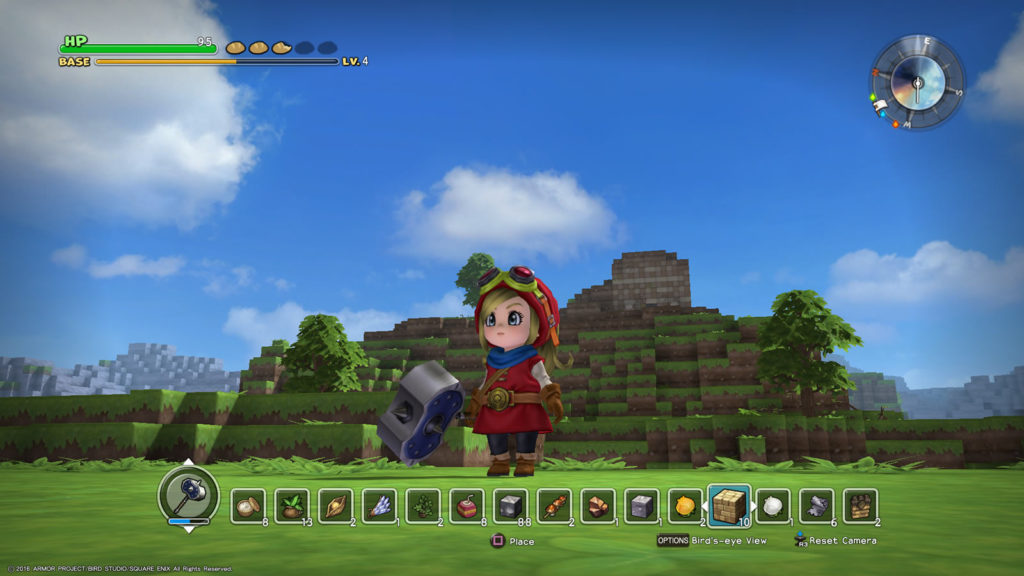 It’s coming on Christmas and that means, for most of us, it’s at least a week of kicking back and celebrating the end of the year. If you’re anything like me, that means you want to get stuck into something as mindless as possible. What’s so great about Dragon Quest Builders is it manages to be that mindless thing while still making you feel a teensy bit productive.

The game is something like a lovechild between Minecraft and The Settlers (no, not “of Catan”). You wake up in a world where everyone has magically forgotten how to build things, so they wander around starving and sick, being attacked by monsters. You are the prophesied Builder, who (you guessed it) can build things. A goddess commissions you to save the world (with the ominous warning that you’re not a hero. What on Alefgard could that possibly mean?). Your quest is to build a few villages up from scratch, helping the people who live there to fight back against the dark Dragonlord (who has removed the light from the sky) and all of his monster minions. If you’re familiar with the Dragon Quest franchise, you’ll recognise this as an alternative ending to the first game. You’ll also get to visit familiar locations and battle a few old foes.

While the building aspect is a fun and a creative gameplay mechanic, Dragon Quest Builders is, at its heart, an RPG. You slay monsters for loot, while levelling up not your own character but the village that each chapter plays host to. As you discover raw materials, you learn new recipes and are able to build more useful, interesting or purely cute things.

And there is a lot of cute. It may well be the happiest game I’ve ever played. It’s full of sunny music, cheerful graphics, and entertaining dialogue. The monsters that you fight hardly ever sneak up on you and you never have to worry about the consequences of failing in a big battle because the game will simply take you back to before it started, no harm done.

In fact, it’s an all-around considerate game. For instance: you only drop half your loot when you die instead of all of it like in most RPGs (and you have the option of going back to retrieve it). Care has been taken to remove almost all of the frustrations a player might experience. Tired of running out of inventory space? Early in this game, you get to build a storage container that is virtually limitless and you can access from anywhere (can Skyrim introduce this please?). Like exploring but hate having to find your way back to base? A chimera wing is one of the first objects you craft. It’s cheap and easy to make and returns you – and your party – back to base, even in the middle of battle.

I said it removes almost all of the frustrations… irony of ironies, the most frustrating thing in this game is the actual building (insert huge sad face). Trying to direct your little avatar to place the next block can be scream-inducing, especially since certain blocks or items need to be placed from a specific direction and there is no way of rotating the blocks (what I wouldn’t give for a patch that lets you rotate like in The Sims!). The only other frustrating thing I encountered was the ramp up in difficulty as soon as you cross the halfway mark of the game. You start each chapter with nothing, and it’s pretty cool how you develop different technologies and techniques per village, with them gradually becoming more advanced and intricate. It would be boring if, for instance, you needed to discover how to build the exact same defensive structure twice. But as you cross that halfway point… gird your loins is all I’m saying. And be prepared to retrieve half your inventory a whole bunch of times.

But despite these two aggravating aspects, this is the kind of game that leaves you with a silly smile on your face and humming a happy tune. It wouldn’t be a Dragon Quest game without a lovely soundtrack by Koichi Sugiyama which is both beautiful and catchy (although I will warn you: after hour eight, it does get a tad repetitive). The game’s adorable protagonists bear the distinctive style of Akira Toriyama (of Dragon Ball and Chrono Trigger fame), but if you think this is just a game for kids, the writers have been sure to throw a few dirty jokes into the dialogue to convince you otherwise (don’t worry, they’ll probably go over children’s heads). The dialogue, in general, is superb, with a few laugh out loud moments and each village playing host to a cast of unique and entertaining characters. It’s possible to plough through the main story in roughly 50 hours, but you’ll probably want to spend at least double that getting to know the villagers, discovering all the recipes and beating each chapter’s challenges.

That’s what I call value for money. And a good way to spend a vacation.

Verdict: It’s easy to see that Dragon Quest Builders has received a lot of love and attention from developers. The game oozes cuteness around every corner (or block). Apart from a few niggles, it’s a game that really should be in your collection. 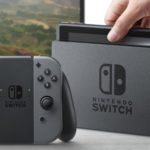