More
Home
Subscribe
Skip
Continue in 10 seconds
Skip
By Hadlee Simons
Read nextHisense A2: a phone with an e-ink display on the back

Cellucity has cancelled preorders for the Google Pixel smartphones, it told customers in a recent email.

According to the email, obtained by Gearburn from the store chain, compliance certificates were a key issue.

“It is unfortunate that we must pass on some bad news. Google will not be launching the Google Pixel in South Africa — or any country that does not have Google Assistant active,” Cellucity told customers.

“Usually, this would not stop us from importing a device directly from alternative market but, in this case, Google are not able to supply us with European compliance certificates. Without this, there is no way to get Icasa approval for these devices.”

The company said that without Icasa approval, it would “fall foul of the law” in selling and importing the Pixel smartphones.

Cellucity said it hasn’t given up on the issue, but reiterated that it won’t be offering Pixel phones until it gets Icasa approval and Google’s relevant certification.

“We assume it may be functional but it is not fully supported or passed Google testing in South Africa. We can also confirm the 24/7 support function is not working here,” the representative told Gearburn.

“While no definite timeline was given, the suggestion was they would only launch with future iterations of the Pixel,” Geldenhuys added. 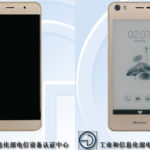 Hisense A2: a phone with an e-ink display on the back
Mobile Phones • 6 Dec 2016
Read More
More