It’s been another good year for mobile games, featuring a ton of fantastic titles. Don’t believe me? Then check out our weekly mobile gaming rundowns.

Now, Google has revealed the top five most popular games and apps on the Google Play Store for 2016. So who emerged at the top of the pile?

The top five most popular apps saw Face Changer 2 hit the number one spot. The app allows users to indulge in the face-swapping tomfoolery that’s all the rage this year.

The local version of Google Play didn’t list the most popular apps for South Africa, however.

What about the most popular games?

It’s pretty much a no-brainer that Pokemon Go would be number one on the list, being quite possibly the most iconic game of 2016.

Otherwise, Clash Royale and Traffic Rider rounded out the podium. As for fourth and fifth place? We’ve got slither.io and Dream League Soccer taking up these positions respectively.

A slight change in SA

Locally, the top spot was taken up by CSR Racing 2, with Traffic Rider in second place and Mobile Strike taking third place. 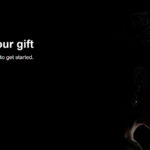