The Google Pixel range was one of last year’s most well-received smartphones, offering a polished hardware and software experience as well as a fantastic camera.

It’s inevitable that Google is working on a successor though, but we’re still surprised to hear that the company has solicited feedback from its product forum.

“I would like to hear your thoughts. What do you like about the design? What do you hate about it? What did we get right? What would you like to see us improve?” Pixel Product Lead Krishna Kumar asked on the forum.

The thread has since been locked, but not before receiving a flood of suggestions from users.

“Wow, really awesome to see all the enthusiasm, and we really appreciate all the feedback from Pixel Users! We would love to continue to conversation, but unfortunately we have reached the max number of posts for this particular thread, and each additional post creates a new thread,” Kumar explained.

The Google Pixel is a fantastic phone by most accounts, but the Mountain View firm has been asking users how they can improve the device

“First, it would have been nice to see waterproofing (for obvious reasons). And second, the speaker placement is what stopped me from upgrading my Nexus 6P to a Pixel. I listen to music on my 6P’s speakers a lot, and I love the loud and crisp dual front-firing stereo speakers,” said user City Panda.

“I like the Pixel’s design. Just wish it were waterproof and had dual front facing speakers like the Nexus 6 and 6P had. Thinner bezels would be nice, but not at the expense of forcing some weird aspect ratio for videos. Love the camera and battery life. Please keep the headphone jack! Thanks to the Pixel team for all their hard work!” added user Android_In_Oregon.

The software department also received some pointers from users.

“The camera app. It’s great, it takes amazing photos. But Google made a big deal when lollipop came out about manual controls. The fact they still aren’t present in the official app kinda sucks. The 3rd party apps that use them just aren’t reliable enough!” user Zachary Kew-Denniss explained. 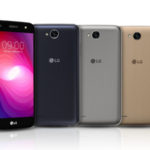