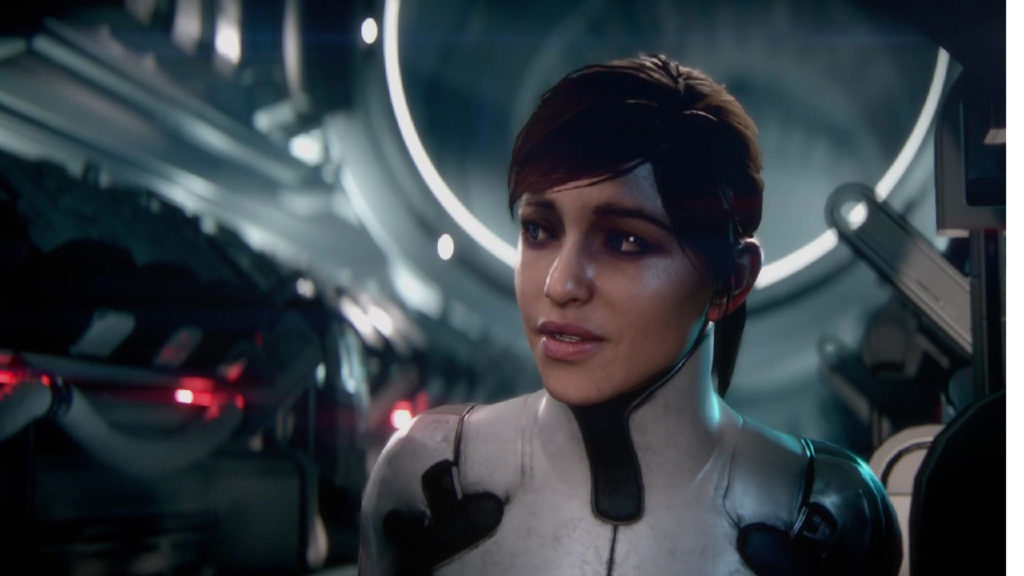 The saga continues… On March 21 we will bear witness to the release of the highly anticipated Mass Effect: Andromeda, a day the civilised world as we know it has been waiting for since the Stargazer uttered the prophetic words: “one more story…”

Over the last couple of months, Bioware, the developers of the title, have been dropping various hints and clues about the nature and scale of Andromeda. This article sums up the most important information our esteemed detectives have gathered and will hopefully somewhat quench our uncontrollable thirst to once again enter the universe of Mass Effect.

Let our journey into the stars commence…

That’s how long after and far away we are from the events and location of the original Mass Effect trilogy, providing us with a whole new part of the universe to experience and explore. We have left the Milky Way for the neighbouring galaxy of Andromeda (hence the title).

But how did this happen? Well, somewhere between Mass Effect 2 and 3, humanity (alongside the Asari, Turians and Salarians) launched the top secret “Andromeda Initiative” where they sent the Nexus Space Station (basically the new Citadel) and numerous other titanic passenger vessels, known as “Arks”, to find a new home for their species. Each Ark contained one of the above-mentioned races and had a designated “Pathfinder” who led this expedition. Alec Ryder, the father of the twin playable characters, was the Pathfinder for humanity’s ark, dubbed the “Hyperion”.

You’ll be playing with siblings

Or rather one of two siblings. Your choice between male and female characters in Andromeda will be between brother and sister, Scott and Sarah Ryder.

Whatever Ryder you end up choosing as your playable character, the other sibling will still be present in the game and you will be able to interact with them. It’s still unclear if they will be able to join you on missions as a squad member, though.

Another interesting fact to note is that Alec Ryder’s appearance will be loosely based on your custom look for the Ryder twins. Also, if you keep the default names (and their precise spelling) of Scott and Sara Ryder, in-game characters will call them by their name.

The Tempest and Nomad

The Normandy was the ship on which Shepard served and commanded and, through the trilogy, it had become just as prominent a symbol as the Commander himself. But following the trend of most things pre-Andromeda, we have to wave goodbye to our old friend to make space for a new one.

The Tempest will take the place of the Normandy and will be your “home away from home” for the unforeseeable future.

The Nomad will replace the Mako from Mass Effect 1 as an all-terrain vehicle, also signalling Bioware’s intention to return to the open-world approach of the series’ original entry. The Nomad’s appearance will be customisable, ensuring that you can explore the universe in the style you desire. Unlike the Mako though, the Nomad won’t be able to do battle.

One of the Mass Effect series’ defining factors is the crew who joins you on your galactic adventures and your growing relationship with each member. Few games have managed to portray and evolve the bond between characters as successfully as the Mass Effect series. But although it’s sad to bid farewell to the characters we came to love (and hate), I’m sure we’re all tremendously eager to meet our new squad mates.

First up is your two starting squad mates, Liam Kosta and Cora Harper. Liam specialises in “crisis response” and is described as an “idealist” with “multi-disciplinary” skills. He originally comes from a place called Laaandaan (that’s a lot of a’s) where he studied as an engineer before leaving to serve as a law enforcement official. It was during this time Alec Ryder handpicked him to be part of the Pathfinder team.

Lt. Cora, a former officer of the Systems Alliance military, is the Pathfinder team’s “operation specialist in charge of ground missions” and second-in-command on board the Tempest. She is a skilled biotic that spent her time before the Pathfinder missions “serving alongside Asari commandos”.

Pelessaria B’Sayle, better known as Peebee, will be one of the first squad mates to join your team early in the game. She is an independent and free-spirited Asari that prefers to work on her own. Like the Asari Liara from previous Mass Effect games, she has a strong interest in studying other alien civilisations.

Drack will be your one-man Krogan army and, judging by trailers, holds the Krogan name high with brutish confidence and general bad-assery. There will be an optional loyalty mission for Drack where you will have to save a lost ship of Krogan, which will unlock a new upgrade tree for his abilities upon completion.

Vetra will be the first time a female Turian (a gender/race combo that we only got to see for the first time in Mass Effect 3’s Omega DLC) is available as a permanent squad member. Any further details on Vetra are still a mystery.

Then there is Jaal a member of the new Angara race that hails from the Helius Cluster in the Andromeda system. Jaal hasn’t been confirmed as an official squad member but his inclusion is assumed after Bioware mentioned one of your squad mates will be from a new a race and, shortly after appearing in a recent trailer, he was revealed as one of Funko Pop’s Andromeda figurines (which at the time only consisted of Sara Ryder and already confirmed squad mates).

Speculation of Cora’s connection with the Illusive Man

One of the hottest topics in Andromeda land is Cora Harper’s possible relation to “The Illusive Man” (a.k.a. Jack Harper), one of the main villains in the second and third Mass Effect instalments. As a potential descendant of the idealistic and power-hungry Illusive Man, what role will Cora end up playing in Andromeda? Is she friend or foe? Is she a symbol of change or does she share her ancestor’s muddled ideology?

The variety and diversity of alien species and their cultures has always been at the heart of the Mass Effect experience. Andromeda seems like it will be no different and with the introduction of a new star system comes a plethora of new species to meet and greet.

As mentioned before, one of the new races will be the Angara of which Jaal (a potential squad mate) is a member. Beyond this though, there is not much more known about them.

Then we have the Kett, who will also be the antagonist race of Andromeda.  The leader of this race, namely Archon, makes an appearance in one of the trailers and gives humanity the option to either “surrender or burn”.

Compared to other Mass Effect species, the Kett have a distinctively more “alien” look to them, also donning more “organic” looking armour, something that is apparently characteristic of the Andromeda system.

Joel McMillan, Andromeda’s art director, added that they didn’t make the Kett overly “foreboding” as they wished to also shed a sympathetic light on the race (as some side-mission will echo). Another race that was mentioned was ominously referred to as the “Remnant” in a Reddit leak, described a “once powerful and mysterious alien race whose forgotten technology holds the key to gaining power in this region of the galaxy”.

Then there will also be a plethora of alien wild life you will encounter while exploring the system of Andromeda, most of which seem to be extremely hostile.

With Andromeda Bioware has aimed to make relationship feel more natural by by focussing on different levels of intimacy. Beyond romancing the pants of your crew members (which include same-sex and inter-species relationships) you will now also be able to form platonic relationships.

Each character will also have to approached differently based on their personality. Some are up to get physical ASAP while others will first have to be wooed.

One of the major changes Bioware made to gameplay was dropping the starter class. In the original trilogy you were required to pick a combat class (such as soldier or vanguard) that dictated your biotic abilities and weapon proficiency.

This time around, abilities and weapons won’t be exclusive to one class but can be mixed and matched to perfectly compliment your playing style. Andromeda will also provide you with the opportunity to craft your own weapons, such as hammers and swords, via collected blueprints, which you are able to name whatever you want. It’s small, personal touches like these truly represents the spirit of the Mass Effect series.

Another addition to combat that I can’t wait to try out is the jet-pack, because who doesn’t love a committing alien genocide while flying through the air (anyone)?

Not all of the races from the Mass Effect  trilogy will be seen in Andromeda but will eventually make an appearance in later instalments.

After you have completed the main campaign, you are still able to continue playing Andromeda.

The ancient Andromedan species, the Remnant, are in no way connected to the Reapers of the trilogy who creative director, Mac Walters, describes as exclusively a “Milky Way threat”.

Loyalty missions will no longer be compulsory to progress in the game but will provide certain benefits upon completion. 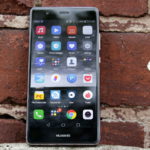