The Xbox One backwards compatibility (BC) programme has enjoyed a constant stream of titles, from big-hitters like Red Dead Redemption and Call of Duty: Black Ops to the likes of Skate 3 and Shadows of the Damned. However, the head of the initiative has shed light on the processes behind getting an Xbox 360 game on the service.

In a note published to Twitter, Microsoft’s Bill Stillwell wrote that BC releases have always “ebbed and flowed”, with some months being full of releases and others being light on titles.

He wrote that while you should expect blockbuster titles in the “near future”, gamers shouldn’t expect these releases every month, especially outside the holiday season.

“Yes, I know the upcoming titles, what issues we have with each one (technical or not), and the runway before they launch. I’m still very confident in this year’s plan, and that we’ll see happy customers in the future. Beyond that, it is not my place to communicate those plans. Especially when it involves someone else’s IP,’ he elaborates on the background workings of the initiative.

“Releasing a big/popular game, even as a re-release into the BC programme, is a heavily orchestrated event. Publishers often have target dates that coincide with other initiatives, such as sales or related titles, and they want to maximise the release. We also have long-term business relationships. and want them to continue to deliver great news (sic) games to the console for many years. It makes no sense to jeopardise that business relationship for a short-term boost,” Stillwell continued.

The backwards compatibility executive stressed that technical considerations were far from the only aspect, as licensing agreements and negotiations were significant processes as well.

Stillwell added that he had no problem with people continuously requesting games to be made compatible, saying that as soon as one major request is fulfilled, another title will take its place as the most requested one.

No BC releases today, but the week isn’t over. More importantly though, a message that might help explain the state of things today. pic.twitter.com/9ML0VPDqJx 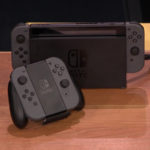