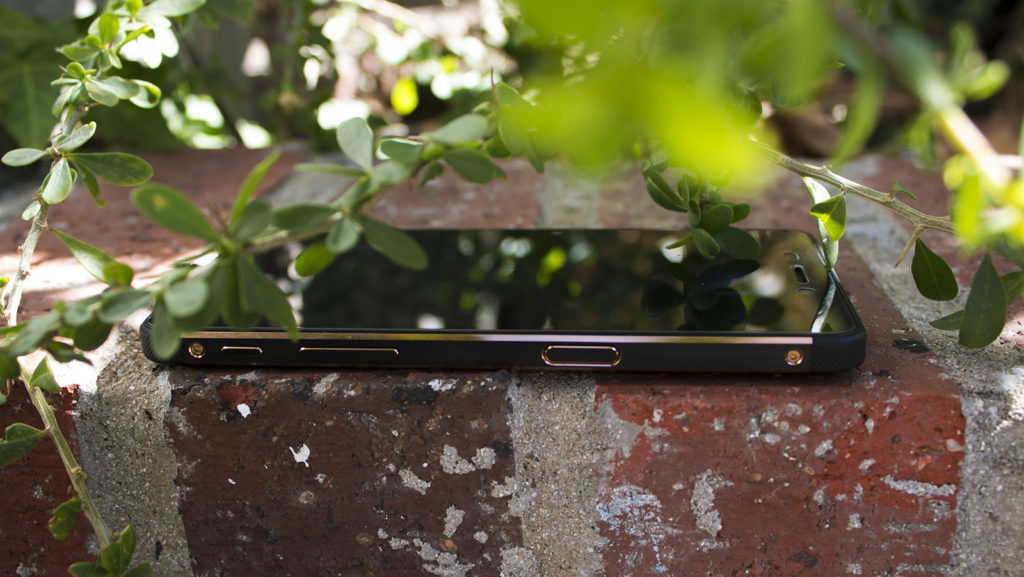 The Hisense C30 Rock is indestructible, but its software is so insufferable that you will almost wish it wasn’t. Think Edward Cullen: beautiful exterior, strong like steel, but damn if you don’t try and fight it anyway.

The Rock and I got off to a bad start. The review phone Gearburn had been sent was still set to demo mode, and, every time it was unlocked, played a taunting jingle that haunts my dreams. And while that shouldn’t bother the average consumer, I want you to understand the mocking nature of this phone. It promises, then giggles as it takes away.

The phone touts IK04 shock resistance, as well as IP68 dust and water resistance, for only R4499, but all the budget seemed to go to hardware, and the software is left sorely lacking. I think it’s important to know that no phone of mine has died a natural death. Once, I broke a phone so badly I thought I’d be like a doctor and try to defibrillate it by plugging it in and out of my laptop’s USB slot. It worked, but it didn’t absolve me of the murder. It was the third of many.

When I heard the C30 was touting killer shock resistance on top of dust and water protection, I couldn’t wait to get my hands on it. I was ready to destroy the undestroyable.

Even I couldn’t bring the C30 Rock down.

I dropped the phone on a cement floor multiple times. I ran it under varying pressures of water. I submerged it. Sometimes for fun, I would hit it against the wall as I walked. It barely blinked. The review phone was sent back with nary a scratch. I was left ashamed.

To add salt to the wound, the phone was beautiful. With a dark rubber back, metal sides and sleek gold linings, the C30 Rock exudes elegance despite its tough nature, and despite the branding on the back. Of course, that’s only when it’s clean; the rubber back, which surely helps keep the phone safe, also attracts plenty of dirt and grime. Otherwise, the phone is pretty standard. It has its headphone jack at the top, a barely visible SIM tray on the left, the power, volume and camera buttons on the right, microUSB slot at the bottom, and speaker on the front. The bottom bezel is relatively wide, and holds no physical home button.

Perhaps the most frustrating part of the phone’s exterior is the low positioning of the volume buttons. Portrait or landscape, there is no way to comfortably adjust volume, unless you have mouse-sized hands.

But if you do, the phone will probably be too heavy for you. The Rock sits at 153g with its shock protection and 3000mAh battery. If you have normal-sized hands, though, the weight should be just fine.

The only other glaring issue with the phone’s hardware is a dull screen that, even when in sunlight mode, was difficult to see outside. Unfortunately for the C30 Rock, all of its cool hardware is rendered useless by its software.

The phone runs its own Vision UI through Android Nougat, and it is so awful to use that I wonder if it’s not begging its users to throw it against a wall just to see how it can’t break.

The first major problem I ran into with the phone was how it deemed it unnecessary to notify me for anything I actually needed. And when it sometimes did send an alert? There were no available short message notifications on WhatsApp, meaning every time I received a WhatsApp message, a call tone would play until I picked it up.

Just imagine waking up an hour before your alarm, to a jingle that won’t stop until you open an app, only to find your friend has sent you one message reading “sounds good”. Imagine wanting to kill a phone that badly.

Ironically, it took me nearly a week to figure out why my actual alarm was never going off. I figured it had something to do with being on silent, so I made sure to change my phone to priority notifications at night. It still didn’t go off, despite assuring me that alarms were priority. The alarm only ever worked when the phone was on loud, which, after that fateful morning, felt like a slap in the face. The actual interface is neither ugly nor beautiful; it sits snugly in the middle as “unforgettable”. And it would remain that way if it weren’t for the copywriting errors that litter every system notification (and those notifications just won’t stop coming).

The system is clearly written by people who don’t speak English as a first language and didn’t think it necessary to pay an English editor. The grammar is all over the place, and it gives the externally elegant phone a lack of sophistication.

If that isn’t enough to deter you, perhaps the idea of an impending nervous breakdown might.

When opening apps for the first time, the standard permissions pop up. But instead of waiting for your answer, the C30 begins a countdown that will reject the permission should you not click in time. The first few times this happened, I was so caught off guard I pushed any button to stop the accursed timer.

There is no reason for this feature to exist, especially considering basic human psychology and the importance of permissions. But it’s almost as if this phone wasn’t created for humans.

Another example: Google Now had almost no permission to use software. Voice commands can open apps, and that’s it. If you asked it to start a timer, it opened the timer app — leaving you to fend for yourself in the clunkiest timer app you will ever encounter. It takes a good ten clicks to get a timer going, and by that time your frozen pizza is already a little charred.

Despite the annoying software, the phone does manage to perform relatively well. It scored a 43 868 on Antutu, at 51st place just behind the Samsung Galaxy Note 5 and Galaxy S6. Over on GeekBench, the Rock scored a 647 for single-core, and a 2659 Multi-core — the latter sitting between the R3000 Xiaomi Redmi Note 3 and the R6500 OnePlus 2.

I threw Subway Surfers, Sonic Dash and Oceanhorn onto the phone, and all managed to work without a hitch. The loading time was a bit long — it took 25 seconds from clicking the Sonic icon to menu — but the gameplay was unhindered. The phone’s 3000mAh battery ran for just over a day and a half of my average use — but I used the phone less than usual because I often rage quit after a countdown or an unnecessary notification. So take from that what you will.

The Rock also had relatively poor WiFi signal, only ever managing full bars when you’re right next to the router. Where other smartphones were picking up four, the C30 Rock was picking up a measly two bars.

The phone’s camera worked much like you’d expect: not brilliantly, but it gets the job done. Most of the pictures turn out noisy, but the colours are usually true to form — that is, if you don’t have any bright light cutting the image in half, in which case you will end up with an overexposed image.

Taking an HDR image works quicker than most, but it’s likely because the HDR image is near-on identical to the normal ones. They even end up around the same size, with only a 0.2MP difference in the ones I took. The only perceivable difference is white balance, with the non-HDR pictures a smidgen more yellow than HDR.

The camera app boasts your standard extra features, and most of them perform just below par. The long exposure mode is only for night time. If you try take a picture of moving water during the day, you’ll end up with a nice solid white image to do with what you please. The panoramic option renders an image so low in quality that not even your grandparents would post it to Facebook.

What the Rock can do for you, though, is take pictures underwater. The app allows the touch screen to be turned off so that the water doesn’t try any funny business, and you can take pictures with the physical camera button on the side. The quality of the images aren’t fantastic, but it’s the same as every other image the phone can produce.

Aside from the standard video, the phone also offers a slo-mo option, It’s not highly impressive, but it is a handy feature to have around if you need it. 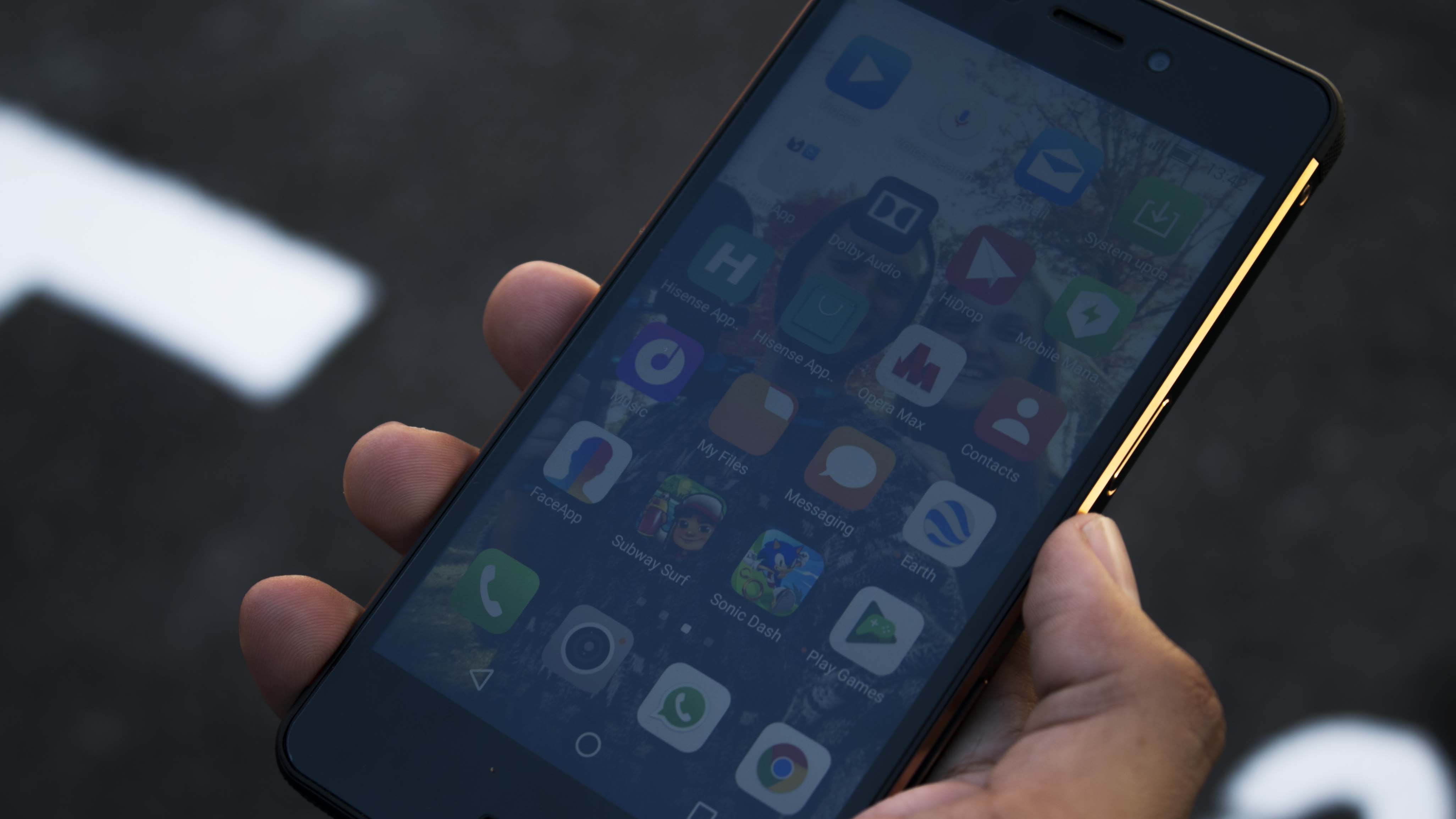 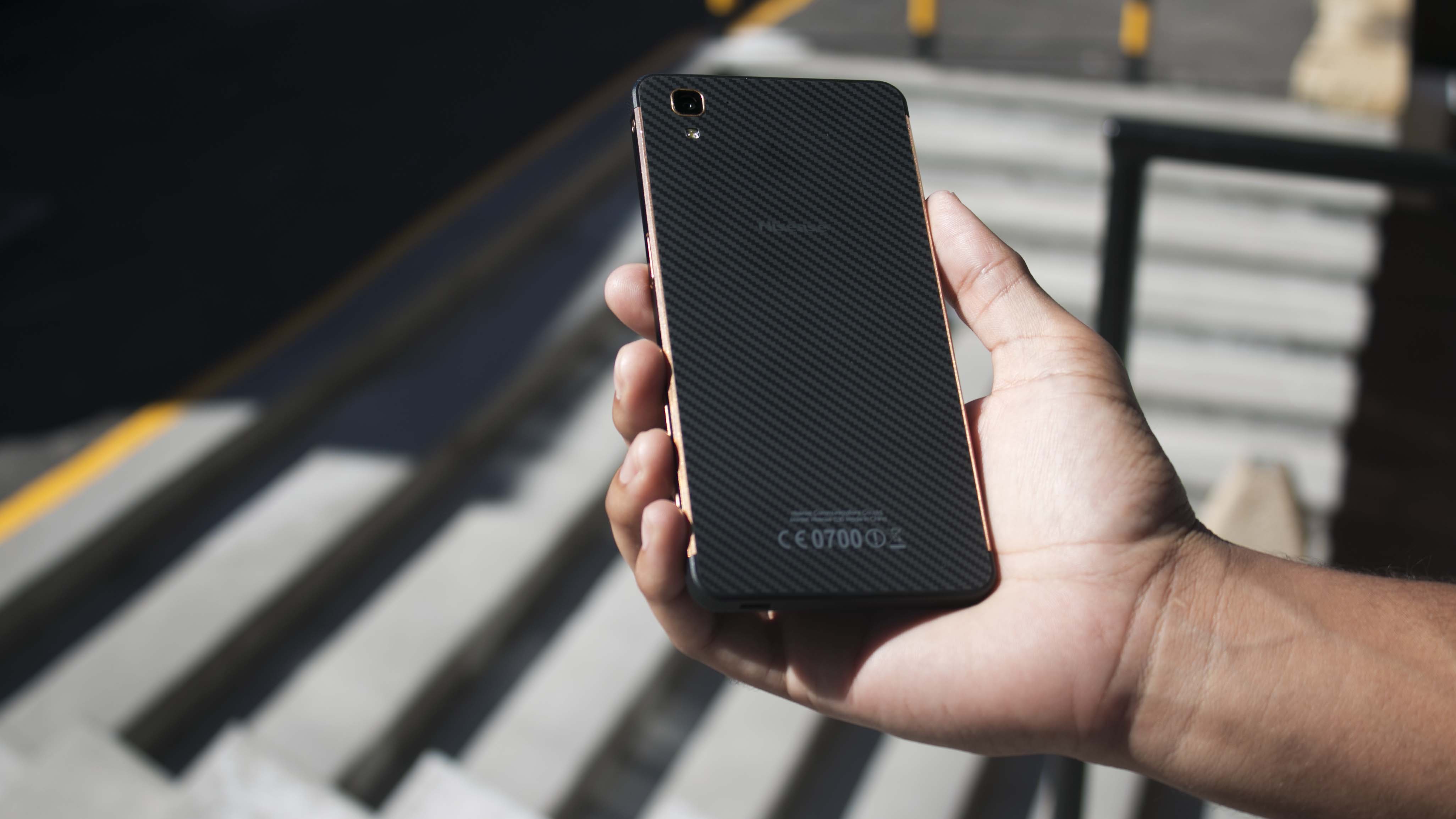 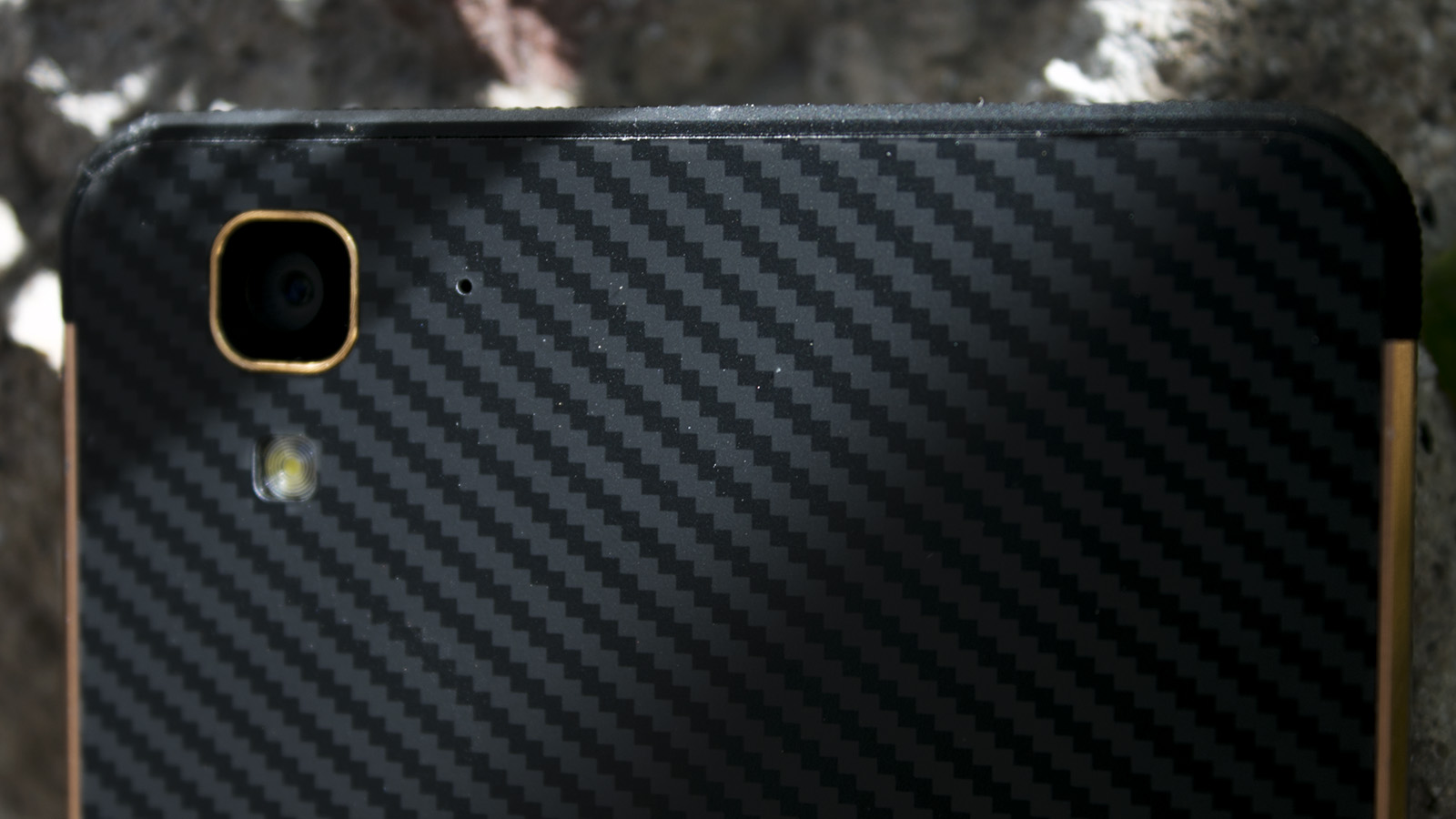 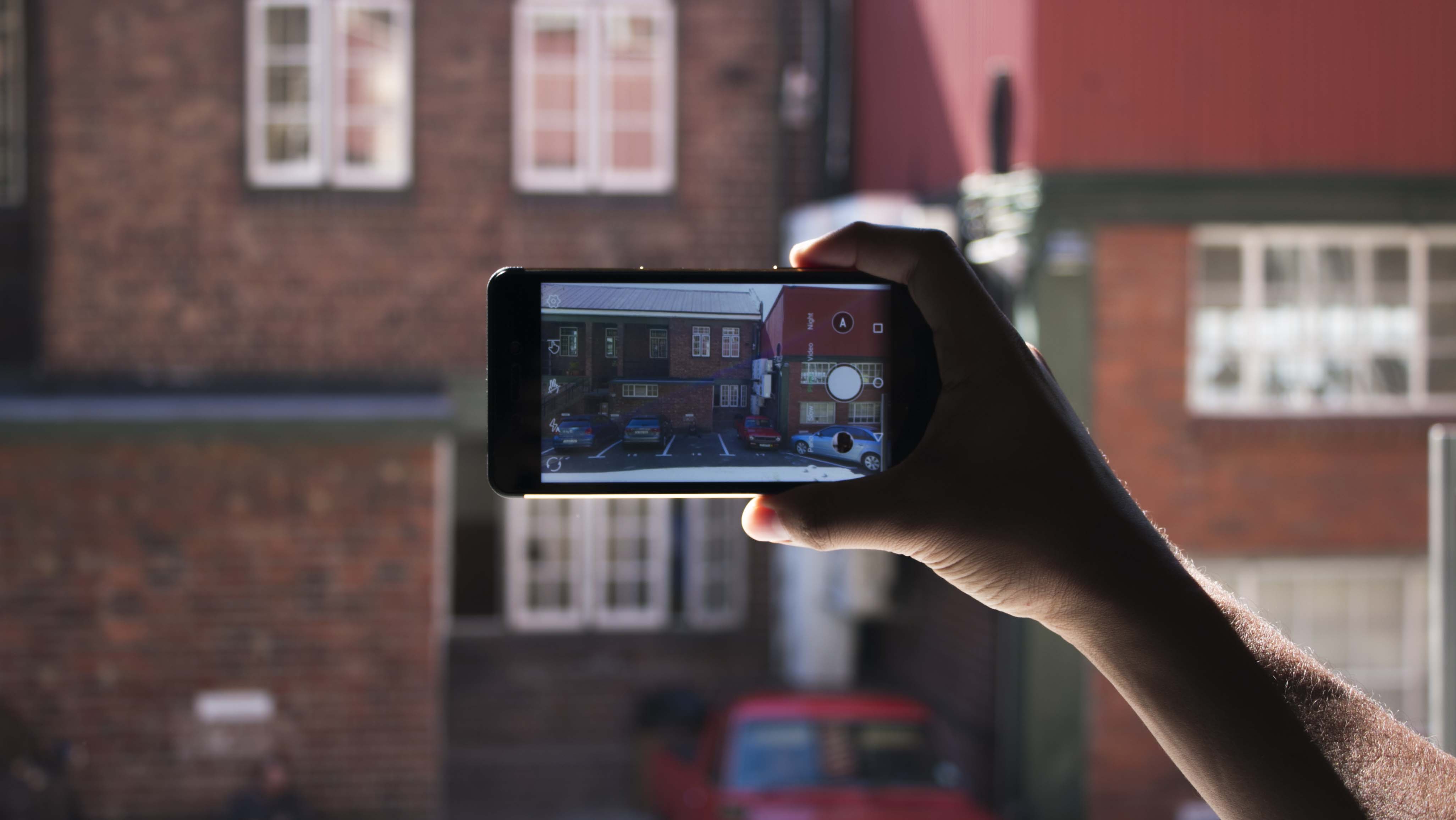 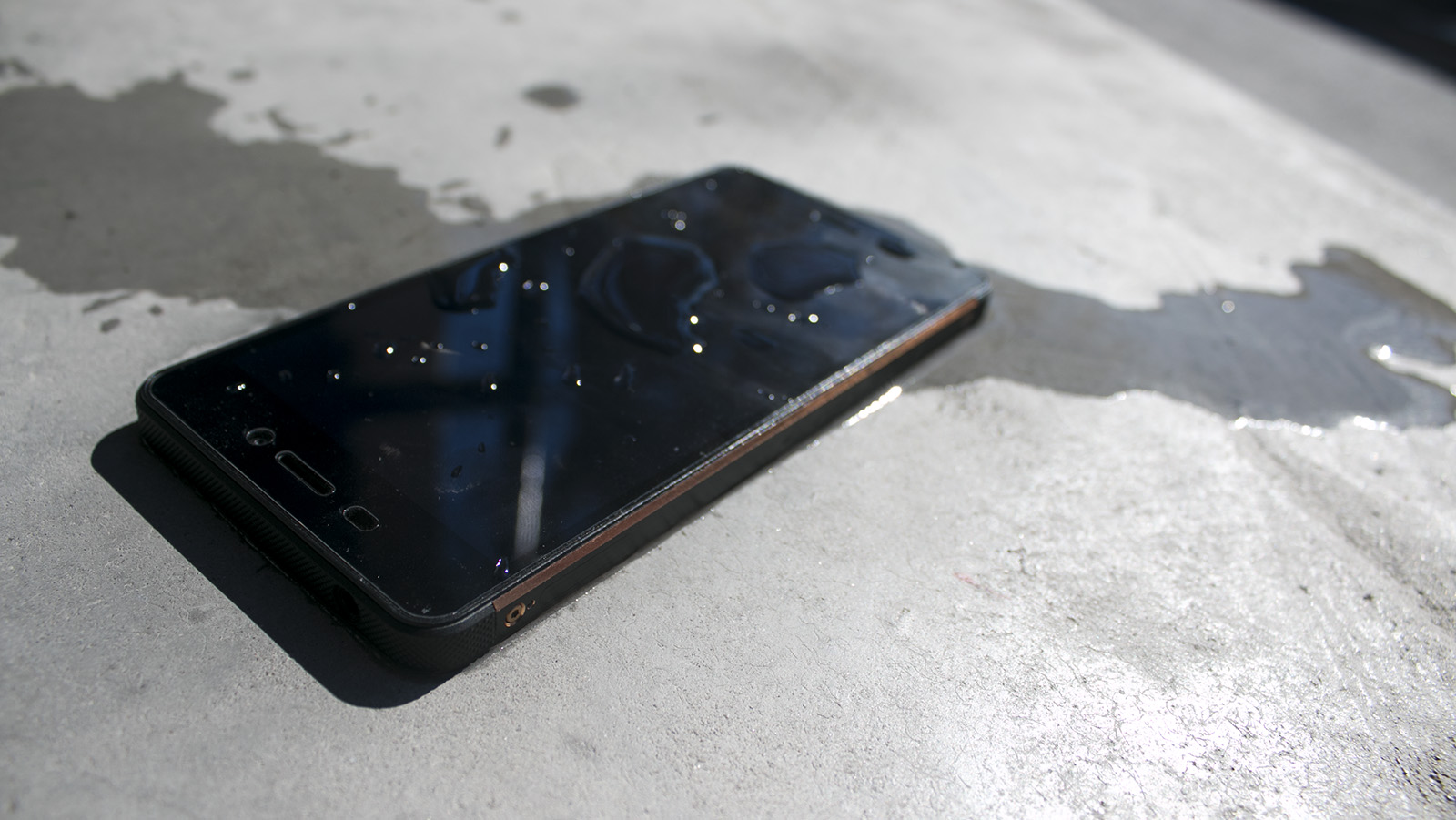 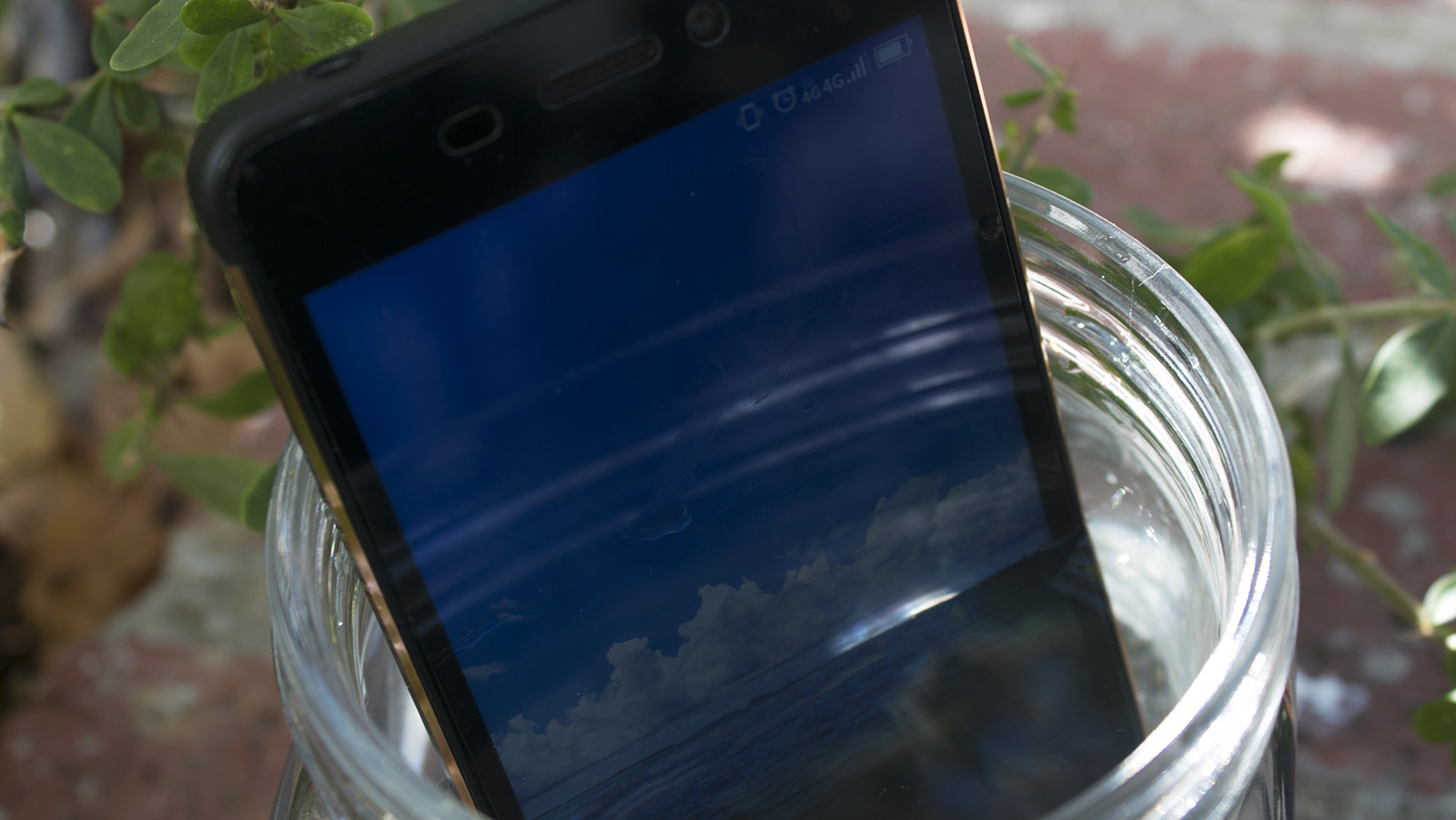 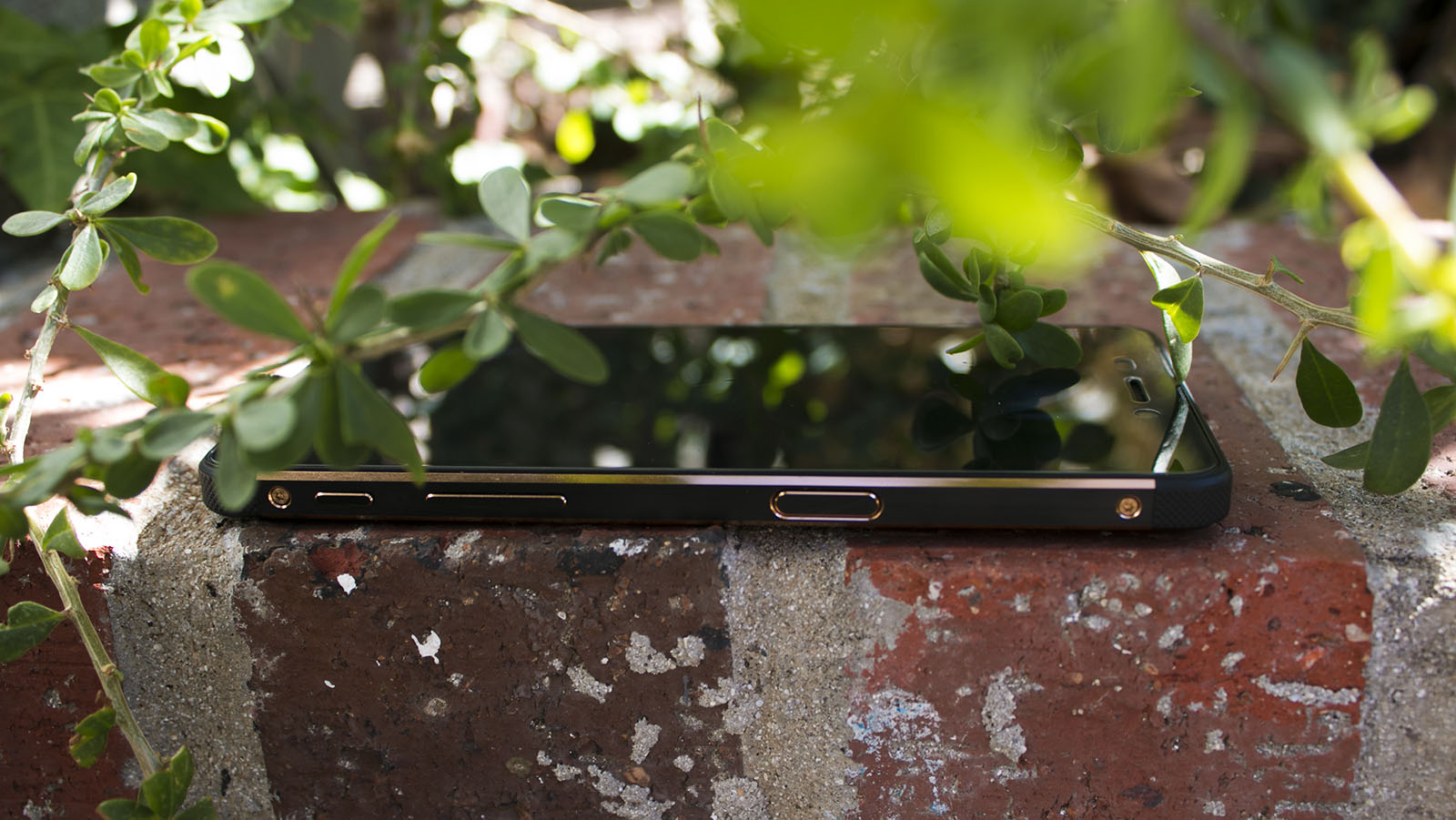 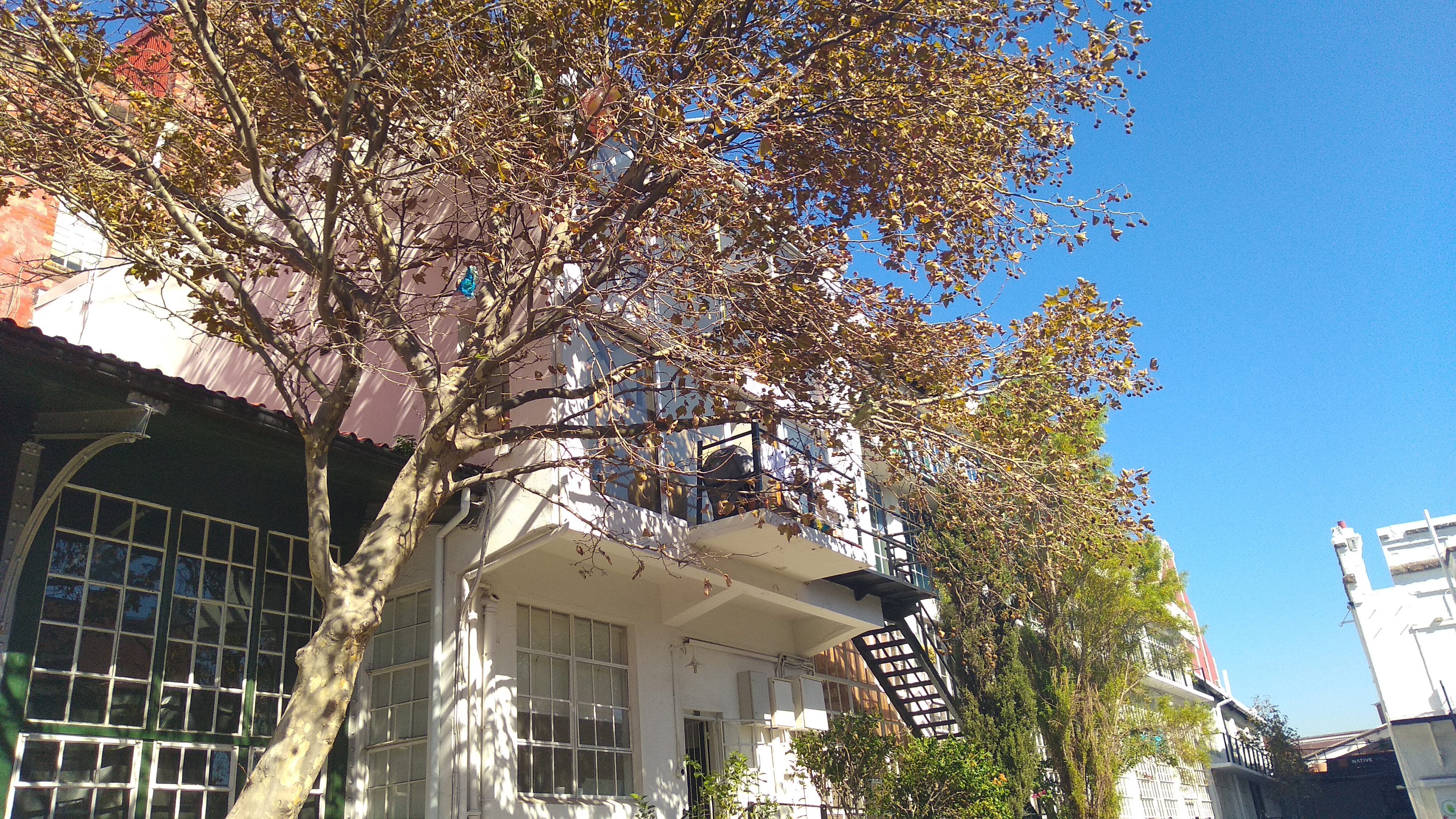 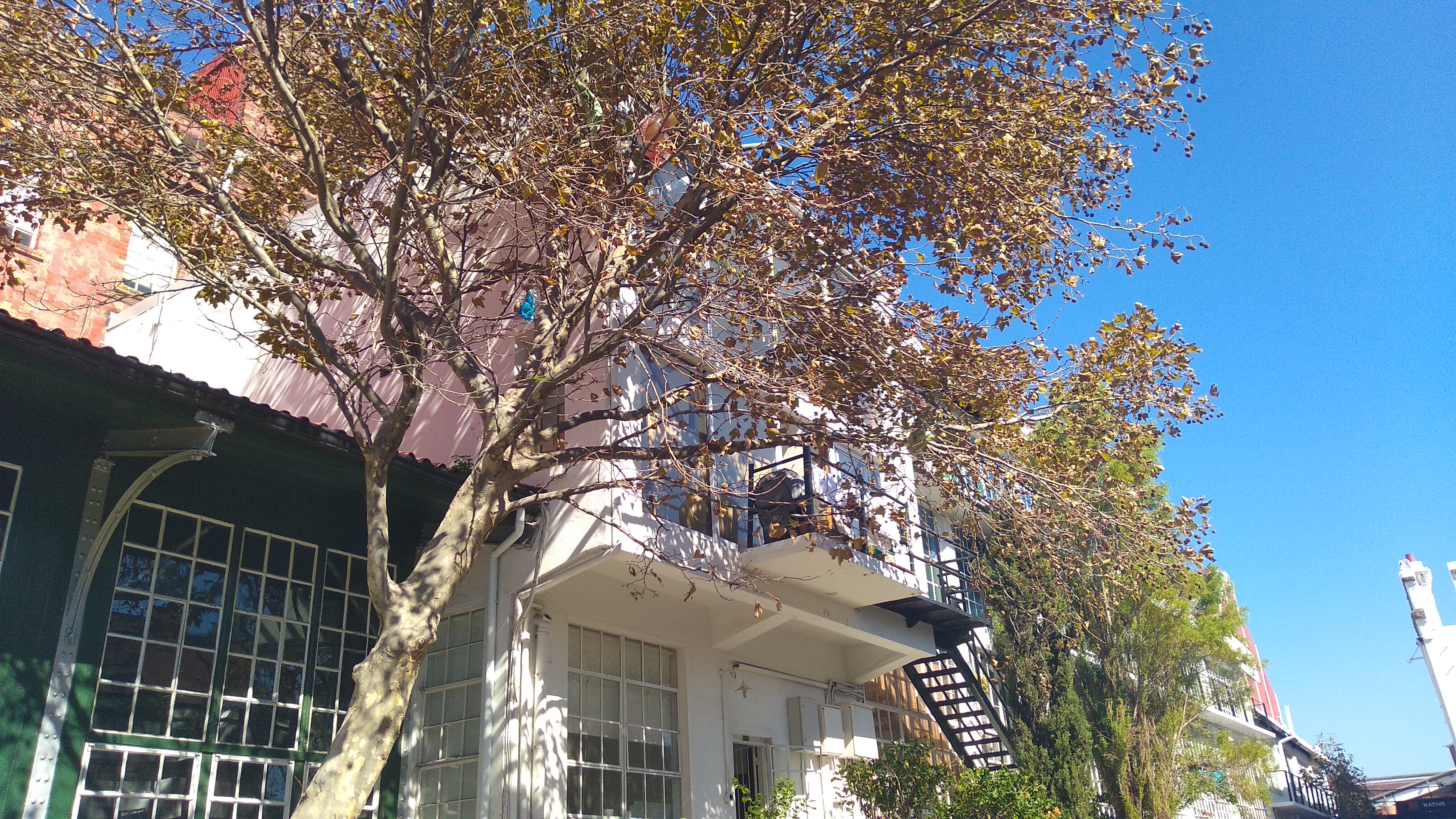 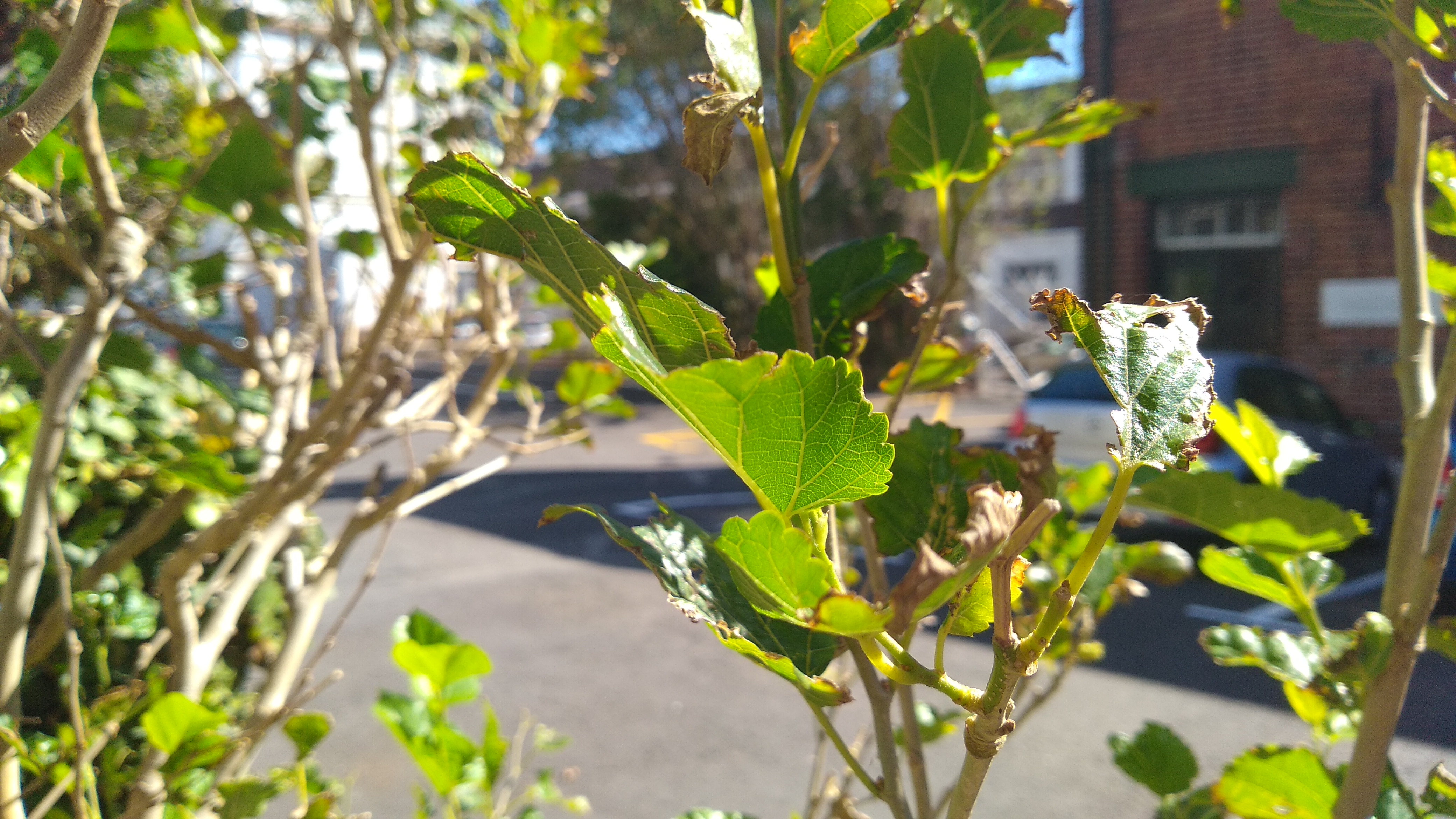 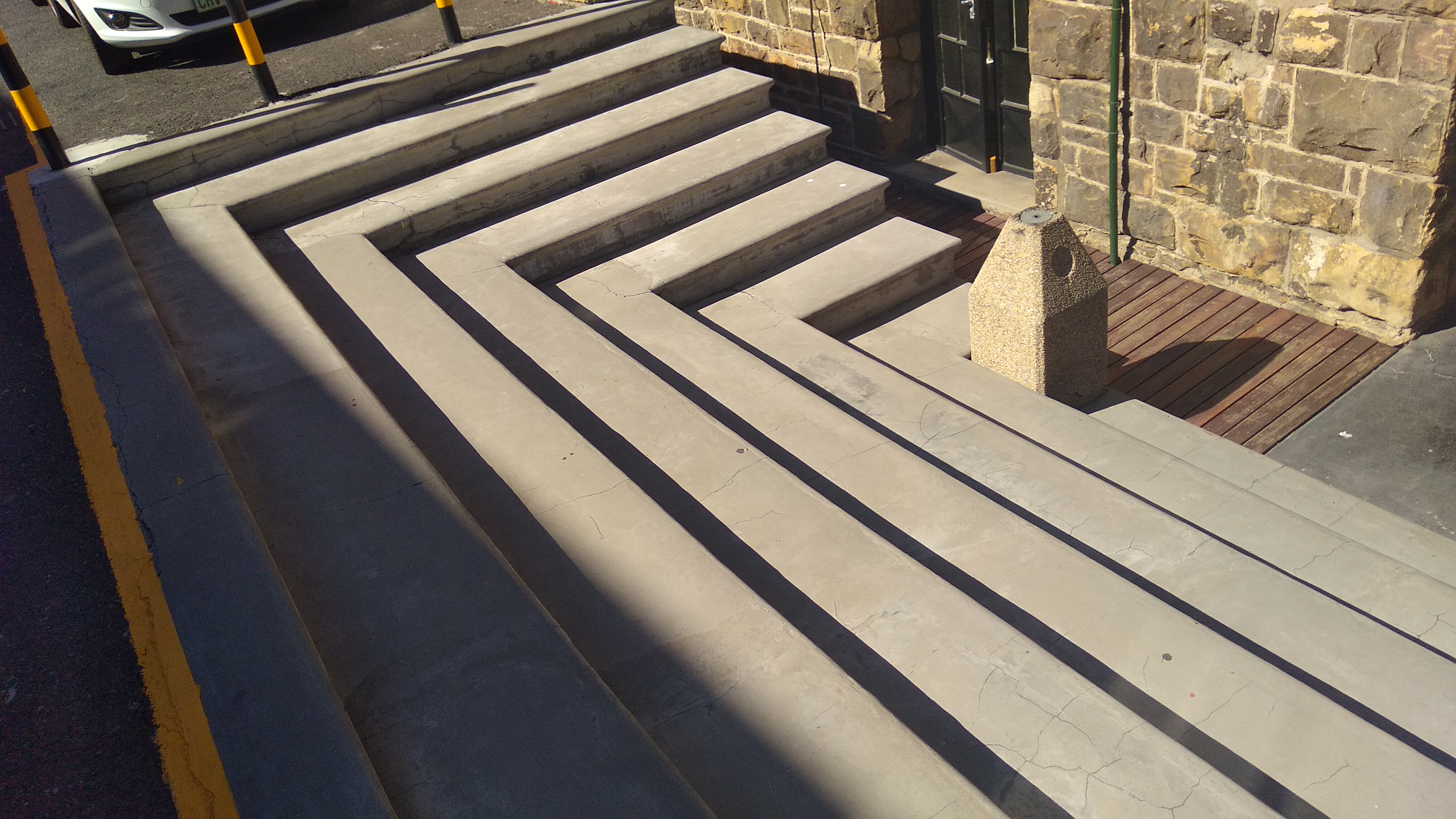 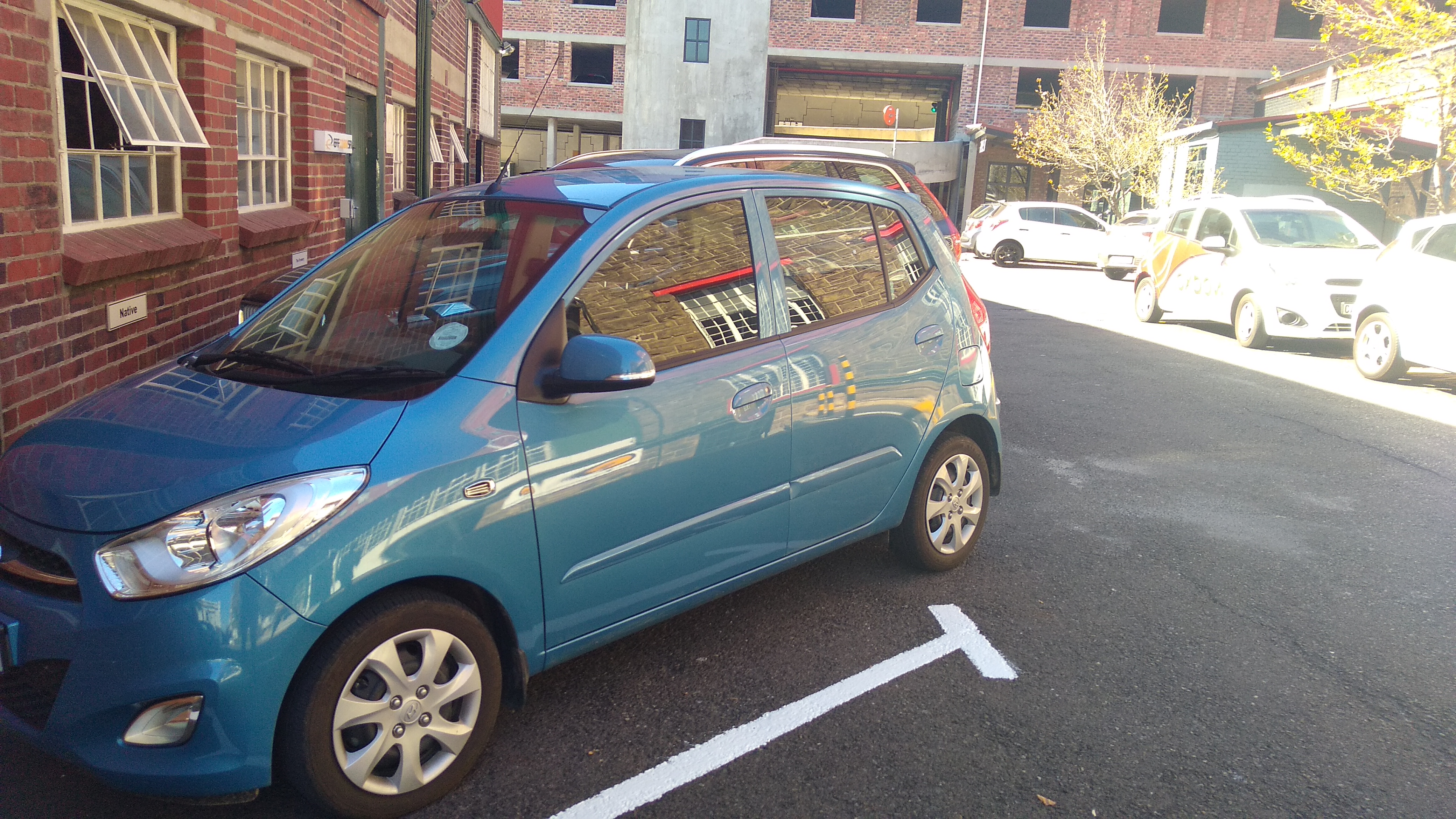 Verdict: I may have a personal vendetta against this phone, but I would bet my integrity as a journalist that I am not the only one. The phone may not break, but neither does a slab of cement and you’re better off carrying one of those in your pocket. From not notifying you of anything but its own uselessness to basic apps that were designed for aliens, the Hisense C30 Rock is begging you to chuck it against a wall. For R4 499, you can buy around 56 pizzas — or even two Xiaomi Redmi 4As. Both of those options will make you happier. 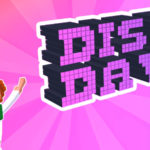