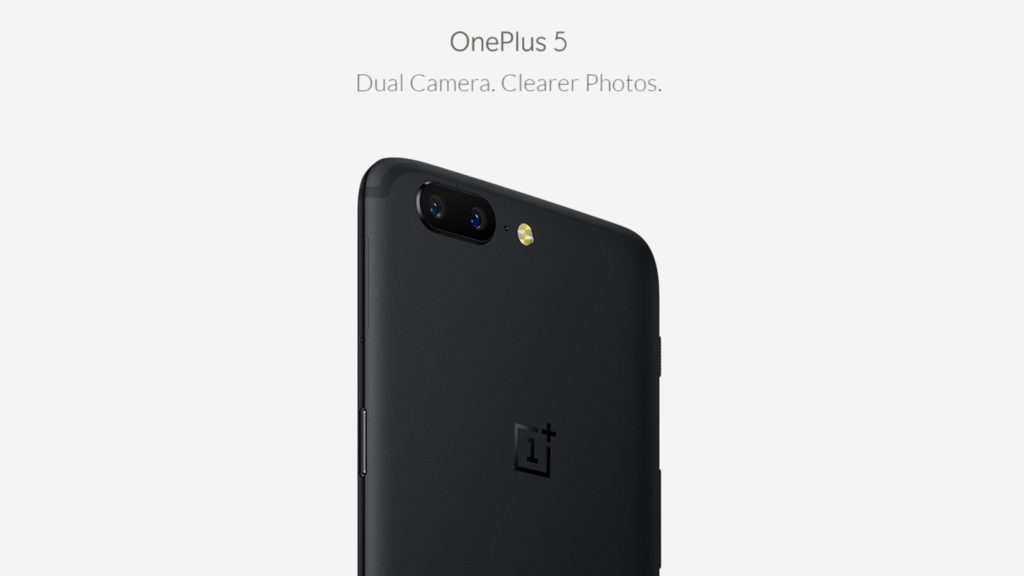 OnePlus isn’t shy about drawing out the marketing for its flagship smartphones, giving enthusiasts a drip-feed of information and then fully revealing the handset. The same treatment was given to the OnePlus 5, which saw its processor and design being disclosed before the full reveal last night.

So what did the launch event tell us about the new high-end smartphone? We’ve got x things you should know.

We know that it’s packing a Snapdragon 835, but OnePlus has also revealed that their new phone comes in 6GB of 8GB RAM flavours. By comparison, many other high-end phones on the market feature (most commonly) 4GB of RAM or 6GB.

This powers a full HD 5.5-inch AMOLED display, so those hoping for 1440p and all that might be disappointed.

It doesn’t have microSD support, but has dual SIMs

As for storage, the OnePlus 5 is packing 64 or 128GB of UFS storage. No microSD expansion here, according to the spec sheet.

Dual-SIM fans will be catered for though, in the form of dual nano-SIM slots. Why not opt for hybrid SIM slots?

Battery sees a slight drop, but…

OnePlus claims that the new phone has 20% more battery life compared to the OnePlus 3T, owing to software optimisations.

In saying so, the phone actually has a slightly smaller battery pack in tow, being 3300mAh compared to the 3T’s 3400mAh pack. It’s still larger than the OnePlus 3’s 3000mAh battery though.

The Dash Charge tech is back too, taking you to over 75% capacity in an hour, or over 50% juice in 30 minutes.

It’s got a headphone jack because OnePlus isn’t stupid

Yes, those who want to use the aux cable or any old pair of headphones (or their expensive cans) can simply plug in, because the headphone jack is supported.

None of this adapter nonsense or silly justifications for dropping such a tiny port, as was the case with Apple, HTC, Lenovo, LeEco and several other firms.

The company’s take on Android received plenty of praise over the years, but what about new features?

We’ve got a reading mode (delivering a Kindle-style experience), a do-not-disturb mode for gaming, app priority functionality to “intelligently” learn usage patterns, as well as a secure box for your documents, photos and videos. No word if the latter also lets you lock apps behind your pin/fingerprint.

We already reported that it’s packing a dual-camera setup similar to Apple. So that means a 16MP f/1.7 main camera and a 20MP f/2.6 telephoto camera for zoomed in shots.

The dual camera system delivers a portrait mode, focus times that are apparently 40% faster than the OnePlus 3T and a tweaked pro mode. Expect the usual 4K, 1080p/60fps and 720p/120fps options here.

Expecting the device to be a bargain? When you compare it to predecessors, it’s definitely more expensive though (the OnePlus 3 came in at US$400).