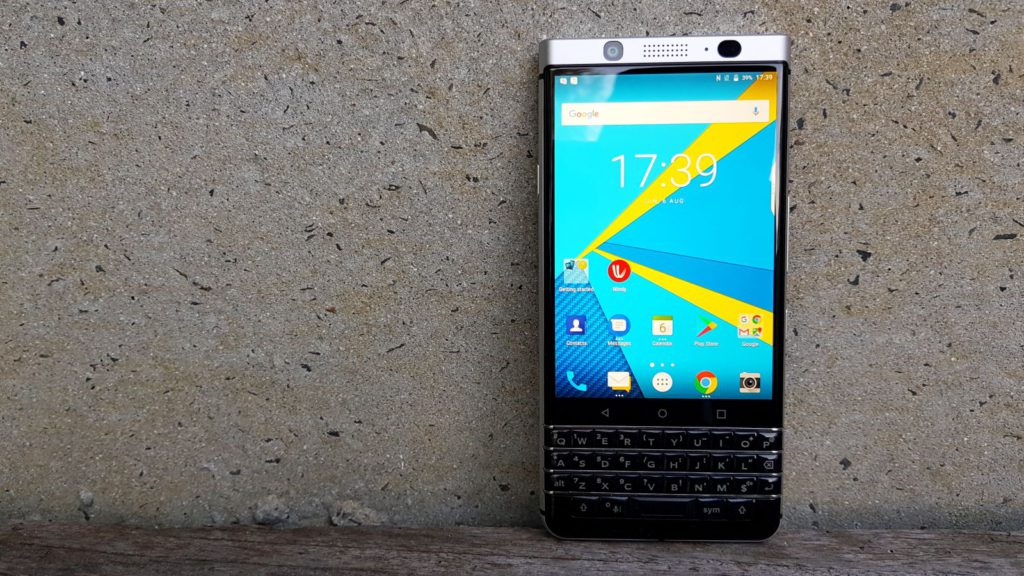 Remember BlackBerry? Remember those budget Curve devices that introduced a slew of people to the internet? Remember BIS? The service that offered users a seemingly uncapped internet service for a set fee each month?

We do, and we miss that BlackBerry. Dearly.

Current “BlackBerry” isn’t exactly what it used to be back in the 2000s. Yes, that ergonomic keyboard hasn’t gone anywhere, and much of the spirit of the company lives on through its latest devices. But TCL — the same company behind Alcatel’s phones — are now making the phones, and simply slapping that fruity embellishment on their rear covers.

While this isn’t a bad thing, it would be wholly fallacious to compare this BlackBerry to the BB of yore. But it wouldn’t be improper to compare it to its smartphone contemporaries.

This brings us neatly onto the latest BlackBerry smartphone to hit South African shores. Dubbed the KeyOne, this is this coalition’s latest attempt at reviving the BlackBerry name, fit with quirky design, stubborn inability to just let 2007 and its smartphone fads be, and a muddled marketing strategy which isn’t immediately clear to the public.

But let’s start with the basics: For R9600, you get a seemingly hardy, reliable and wholly adequate smartphone, fit with physical keyboard, a huge battery and a memorable if not rather adept camera.

That’s something you definitely couldn’t say with the company’s previous Android device — the BlackBerry Priv — which was a hot, but no-less-stylish, mess.

The KeyOne is more grounded through, and feels more refined in key software and hardware aspects, but doesn’t trade conservatism for outright traditionalism.

At the forefront of this traditionalism is the keyboard. It’s a massive gamble by BlackBerry, but it’s an obvious difference maker. It does consume much of the phone’s face, leaving just enough room for a 4.5-inch screen. In the past few days with the phone, I’ve had to force myself to use the hardware keyboard, longing for a adaptability of a software solution. Annoyingly, there aren’t any physical back or forward buttons, leaving you tapping the screen more often than you’d want anyway.

Additionally, when compared to the likes of the LG G6 and the Samsung Galaxy S8 — both boasting lengthy 5.8-inch monster screens — the KeyOne feels remarkably out of place. While it’s easy to criticise the screen and keyb0ard, the latter shouldn’t go without praise.

This is easily BlackBerry’s (or TCL’s) best ever tactile tapper. Button presses are firm and reassuring, and provide the user with that old school clunk BlackBerry devices were synonymous with. The spacebar also doubles up as a fingerprint reader, which is both well located and remarkably slick.

This reader is part of the company’s marketing effort too, placing the KeyOne as one of the most secure Android devices around.

While not entirely inaccurate, BlackBerry does very little to prove this claim to consumers at face value. Instead, it shoves a shovel-load of bloatware onto the device, the majority of which is also (funnily enough) available for most non-BlackBerry devices to download from the Play Store.

These apps include DTEK [not available for non-BB users – ed], which surveys your device for security and gives it a score; the Hub, which remains one of the best overall multi-account messaging services around; and Privacy Shade, which in theory brilliantly hides elements of your screen from prying eyes.

Beyond the fingerprint reader, the ability to encrypt the device and to set a number of lock codes to SIM and phone, we can’t see the overall appeal to security nuts.

In that regard, one particular feature that BlackBerry doesn’t punt enough is the battery life.

With a 3505mAh reservoir, the battery is larger than LG, Samsung and Apple’s flagships. And with a thrifty Snapdragon 625, that battery takes an awfully long time to deplete. In our brief use of the device, we managed close to two full days, including initial app installs, setup at maximum brightness and signing into accounts.

By day three, prior to slotting a SIM card into the device, we still had around 32% battery life remaining. The camera also isn’t half bad.

Fooling around in artificial light in the dead of night, the KeyOne can easily make your kitchen look warmer, and more inviting than it actually is. The software is also a massive step up over the Priv, which should’ve won the award for the most useless camera app ever installed on a smartphone.

The KeyOne does arrive with a manual mode, letting users manually set ISO, white balance, zoom and focus — all options that improves the overall quality of photographs, and makes users feel a greater involvement in content creation.

These settings aren’t simply there to win participation medals either — when auto mode can’t be bothered, users can manually get the snap they want. The KeyOne also happily obliges, with a decent focal length (making good macros wholly possible) and an overall responsive snapper.

But comparing BlackBerry devices of the future to those of the past is a joke that only gets so much mileage.

To be fair, the BlackBerry KeyOne is shaping up to be one of the most novel devices of the year, and that — in a sea of boring, polycarbonate slabs — is definitely a win. But is being different enough to sell smartphones these days?

That’s a question the KeyOne is waiting avidly to answer. 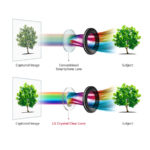