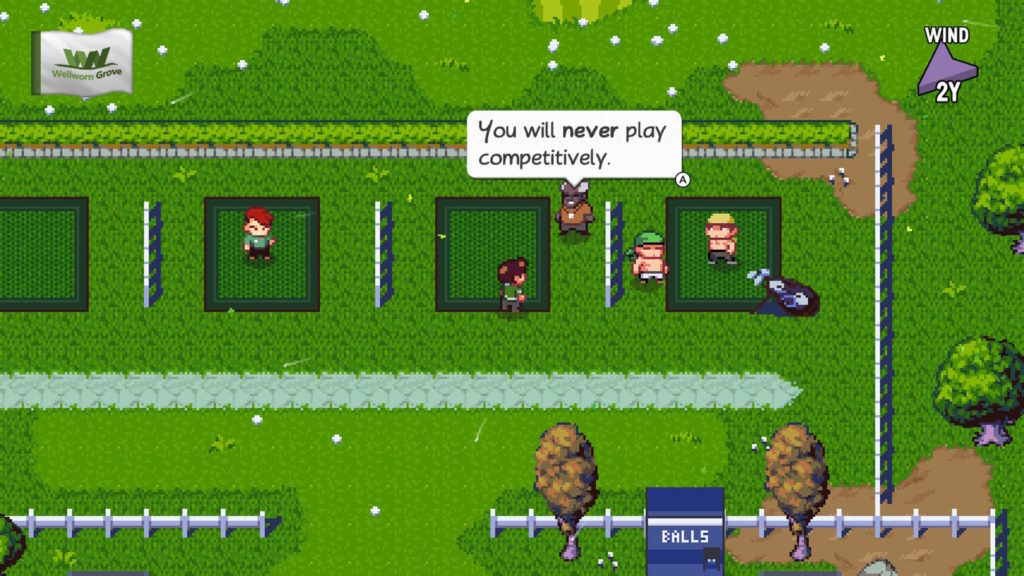 While big titles like The Legend of Zelda: Breath of the Wild and Super Mario Odyssey have dominated coverage of Nintendo Switch games, the console has a few lesser-known titles
that are absolute gems.

One such game is Golf Story, an indie RPG by the small studio Sidebar Games. Unlike many indie titles on the console, it was developed solely for Nintendo’s platform.

The term “console seller” is usually reserved for major exclusives, but Golf Story is an exclusive that will unexpectedly sneak into your heart and make you glad you bought the console.
So, after many hours playing this unexpected entry, how did the game measure up?

Errr… A story about golf?

Golf Story‘s title won’t exactly stir confidence in gamers who aren’t a fan of the sport. Some view golf as inaccessible, pretentious or haughty — adjectives which couldn’t be further from the nature of this indie game.

Golf Story is not simply a golf simulator or sports game. Rather, it is an RPG with a compelling story told within the context of golf.

Your character wakes up one day to realise that he needs to follow his dream of becoming a golf pro. However, instead of the regular rags to riches story, you take a more unusual path to achieve success.

From challenging dodgy golf course managers to fighting an undead army, your journey takes a few unexpected and odd turns. And while a love of golf is at the centre of the story, the game doesn’t hesitate to poke fun at the traditions and commercialisation of the sport.

In my Golf Story playthrough, I met a ghost, watched an old man participate in a rap battle, fed some crocodiles and escaped snow bandits. There was even a werewolf at one point.

So it turns out that despite the title, Golf Story is about more than just golf. It is filled with interesting and unusual characters, outlandish scenes, parodies of the golf industry, and the central underdog journey. So the story is not just about golf – but what is the gameplay like?

Who knew you could do so much with a golf club? When I first heard about Golf Story, I thought it would be like Stardew Valley, but with golf instead. While it is similar in terms of visuals and humour, Golf Story‘s scope is more limited. There aren’t as many subplots as a game like Stardew, and you definitely aren’t spending time choosing which character to marry.

Rather, the game’s mechanics are centred around golfing. As your story progresses, you are given challenges and quests by various characters. Most of these involve some sort of golfing, or at least using your golf club.

This might sound boring, but the sheer variety of the quests and the curious ways the developers found ways to integrate golfing into different tasks makes for an experience full of diversity and freshness.

It’s not all about getting a hole in one — in fact, most challenges and quests require nothing of the sort. You may have to retrieve certain items, achieve unusual golf trick shots, reach particular targets in a timed lap or race against time through various checkpoints. Hours into the game and tasks don’t feel repetitive or like you’re just farming experience.

Each time a new golf course becomes available, new mechanics are emphasised. For example, Cheekybeak Peaks is dominated by winds – requiring you to adjust your golfing according to this. Meanwhile Bermuda Isles has courses surrounded by beach sand and sea water, meaning accuracy is paramount.

Disputes are resolved with golf challenges, such as achieving the longest drive or putting with precision. The various ways golf is integrated into the game makes it fun and approachable.
This makes it enjoyable for those who find the actual sport boring. I don’t like golf, but I love Golf Story.

You may be wondering what the drawbacks of this indie treasure are. While they are few and far between, there are a few things which can be improved.

The UI for the game is not the easiest to figure out. It took me a while to figure out how to equip a new set of clubs, while quests are under the ‘Notes’ menu with very little detail explaining them.

My biggest gripe is the save system. There is no manual save option — the game saves automatically when quests are completed. However, with some side quests, this doesn’t happen. This means that sometimes when you load your game up, you have to redo certain tasks — which can get irritating.  This is a relatively minor inconvenience, but an inconvenience nevertheless. While the ever-expanding list of Nintendo Switch games has taken many by surprise, one of the best surprises on the console is Golf Story.

Its pixel graphics instil you with a sense of nostalgia, without seeming cheap or low-tech. The engaging story is able to engross many players — even those who have no interest in golf as a sport.

While there are a few issues with saving on occasion, the experience of playing the game is overwhelmingly positive. Its surprising length of playtime is another welcome feature that makes the R195 price tag of the game well worth it. 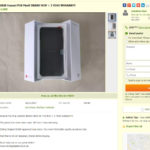