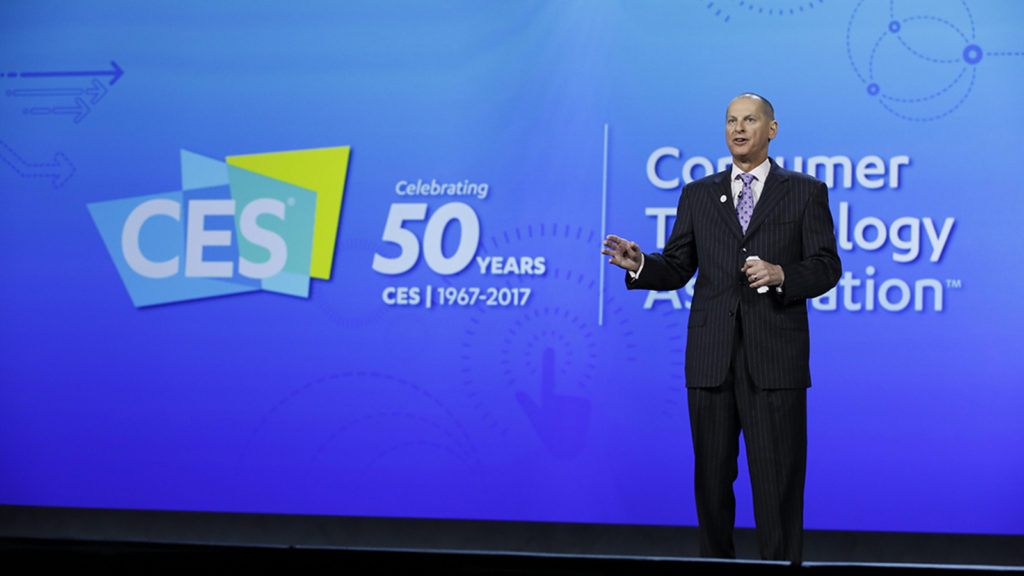 The Consumer Electronics Show (CES) is the first major event of the tech calendar, promising a first look at major gadgets and a showcase of things to come.

CES 2018 is just a few days away so, surprises aside, what should you expect? We take a look at smartphones and other tech set to make an appearance.

One guarantee is that we’ll be seeing more Windows 10 laptops running Qualcomm Snapdragon chips. This comes after Lenovo revealed at the Snapdragon Tech Summit that it will reveal a Snapdragon-powered laptop device at CES.

Expect this laptop to be a two-in-one or convertible style device, packing a Snapdragon 835 processor and battery life beyond that of traditional x86 laptops.

And now that Qualcomm and partners have shown off Snapdragon laptops, don’t be surprised if a few more manufacturers show off Qualcomm-powered laptops in Las Vegas.

The next wave of VR? It seems like standalone VR headsets and cheaper VR headsets are two trends in the sector, so expect to see some movement in this regard.

In the case of the former, HTC has its Vive Focus headset, while Oculus is delivering the Oculus Go. There are also several manufacturers prepping standalone Daydream headsets.

Microsoft was also pushing cheaper VR headsets for Windows this year, but we expect a few more solid offerings from partners.

5G is a year or two away from being a mass market reality, but that hasn’t stopped chipmakers, phone manufacturers and networks from showing off the tech anyway.

CES 2018 will undoubtedly feature 5G demonstrations from various companies, issuing flowery “you can download x in x seconds” press releases in the process.

Samsung to show off S9 (in private)? According to noted tipster Evan Blass, the Galaxy S9 will debut behind closed doors at CES. It’s unclear what this entails though: will it be for media and analysts only or will it be a carrier/partner type of deal?

Either way, don’t expect a proper reveal just yet, as Samsung looks to the period around Mobile World Congress.

Aside from mobile tech, last year saw Samsung introduce QLED TVs, gaming laptops and Chromebooks. So don’t be surprised with product refreshes in these categories, or a Bixby speaker even.

What’s Huawei and Xiaomi got for us?

Huawei is expected to launch with US networks in 2018, so it makes sense for the firm to mark the occasion at CES. In fact, Huawei’s Richard Yu will be holding a keynote, covering the firm’s “future connectivity and strategy in artificial intelligence, IoT and new smart devices”.

Does this mean we can expect more AI-driven products, new phones, 5G talk or even full-blown smart city initiatives? Don’t count it out.

CES 2017 wasn’t a big one for Xiaomi smartphones, as a white Mi Mix was basically the sole offering. Instead, we saw Mi TVs and other smart home gadgets dominate proceedings.

Don’t expect new mobile devices from the company here, but we could potentially see a wider launch of recent devices, such as the Mi Mix 2, Mi Note 3 or Redmi 5.

Don’t expect LG flagships, but what about mid-range? The South Korean firm probably won’t show off flagship wares at CES 2018, having launched its V30 a few months ago. But don’t be surprised if it reveals a few budget smartphones — it launched a few K series phones at CES 2017.

Two certainties are its monitors and the Gram laptop. The former will support the likes of 4K and/or 5K, Thunderbolt 3, HDR and feature IPS displays. The laptop will pack an eighth generation Core series chip, “almost a full day” of battery life and three variants (13.3-inch, 14-inch, 15.6-inch).

LG also showed off robots at this year’s edition, so new or refreshed models aren’t out of the question.

The graphics firm had a solid showing in 2017, offering automotive and gaming announcements. CEO Jensen Huang will be delivering a keynote at CES 2018, covering “amazing new technology innovations”.

Will these innovations include a new Shield, a partnership with Nintendo for retro games on Nvidia hardware (be it Switch and/or Shield) or more connected car tech? We’ll have to wait and see.

What about new processors? Its Xavier chip is apparently set for a Q1 2018 reveal, so CES 2018 seems like a likely venue for more information. We saw a few third-party speakers/accessories with Alexa or Google Assistant in 2017, but could 2018 see an explosion? Apple’s HomePod is also scheduled for launch in 2018, so expect brands to ride the Apple wave with voice-enabled audio accessories.

Will these accessories launch in South Africa though? Both Amazon and Google are missing the boat, leaving the HomePod as the only official solution with a local release. Here’s hoping third parties fill in the gap if Amazon and Google don’t. It feels like 8K TVs have been incoming for a long time, even though 4K TVs are only picking up steam now. But expect CES 2018 to play host to a few more models.

It’s also worth noting that Sharp’s 8K TV is pegged for a March 2018 launch, so that’s at least one brand virtually confirmed for CES.

CES 2016 and 2017 saw a ramp up in connected car and self-driving themes, as the likes of Nvidia, BMW, Audi and others showed off their efforts.

Automaker representatives such as GM and Nissan are already confirmed for CES keynotes, while the likes of Mobileye, Qualcomm, Baidu and others are holding car-related talks too.