The Snapdragon 835 was easily the most popular processor for flagship Android phones, beating the likes of Samsung, Huawei‘s HiSilicon and Mediatek.

Now, a Weibo post (spotted by GSMArena) has revealed details of three supposedly upcoming chips, including a processor that looks set to equal or even eclipse the Snapdragon 835 in the power stakes.

These seem to be lower-clocked versions of the Snapdragon 845’s Kryo Gold and Kryo Silver cores (2Ghz and 1.6Ghz versus 2.8Ghz and 1.8Ghz for the flagship chip).

At the Snapdragon 845 reveal, Qualcomm claimed that the 2018 processor’s cores see performance improvements of 25-30% (for heavyweight core) and 15% (for the light core) over the Snapdragon 835. With the clock speed decrease taken into account, the 670 is still looking like an improvement (or roughly equal footing at worst) on 2017’s flagship chip.

The Snapdragon 670 might deliver flagship performance in an ‘upper mid-range’ package, if confirmed

Other claimed specs include support for dual 13MP cameras or a 26MP main camera and an Adreno 620 GPU. The latter is increasingly becoming a huge factor in smartphone performance as well.

All in all, we’ll need to see benchmark scores and corroborated details to determine whether the 670 is indeed a rough match for the Snapdragon 835. But one thing is for certain: it blows 2016’s Snapdragon 820 and 821 out of the water on paper.

So if you’re going to buy an upper mid-range smartphone in 2018, you’ll want to keep an eye out on this chipset — you’ll definitely be getting flagship levels of performance. 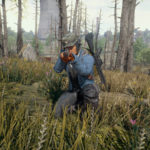