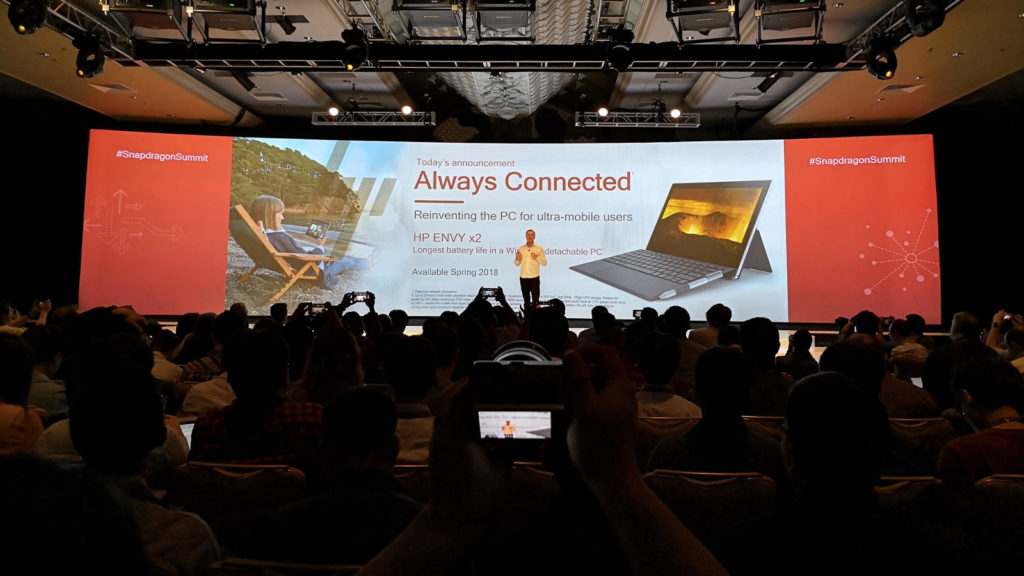 First up, we have the Asus NovaGo, a two-in-one design that packs the Snapdragon 835, 4GB or 8GB of RAM and up to 256GB of storage.

The firm is also claiming up to 22 hours of video playback and over 30 days of “modern standby” time.

HP also stepped onto Qualcomm’s stage, revealing the Envy X2. Inside the 6.9mm thin device, you’ll find a Snapdragon 835, up to 8GB of RAM, up to 20 hours of juice for video (using 128GB storage variant) and a “Spring 2018” launch date. No pricing was revealed for this device.

Questions still remain regarding the power of the Snapdragon-powered devices, but Terry Myerson, Microsoft executive vice-president of Windows and devices, was bullish regarding battery life.

Myerson claimed that he’d been using a Snapdragon-powered laptop for a few months now, saying that he only charged his device about once a week. Your mileage may obviously vary.

The Asus NovaGo isn’t quite as thin as HP’s device, being closer to a normal laptop and packing a thick base. But it feels more likely to survive in your travel bag.

Otherwise both devices pack comfortable keyboards and, perhaps more concerning, Windows 10 S. Of course, this flavour of Windows limits users to apps downloaded from the Windows Store, but in a great spot of news, users can also get a free update to Windows 10 Pro.

It makes you wonder why Windows 10 S is an option in the first place. Perhaps security and a safe experience was a key factor, but their target market (professionals on the go) should be familiar with Windows 10, one assumes. Even then, Microsoft will need to get key apps available at launch, such as Google Chrome and iTunes.

And the Windows 10 S limitation also bites back in unexpected ways. Heck, the first thing I tried to do was use a system requirements website to see if the machine could run Crysis (humour me, okay). The website prompted me to download an exe which, of course, failed to run. Bah, humbug.

Other than these niggles, we’ll need to use the devices properly (trying out games and using it as a work machine) before we make snap judgments regarding performance. But I’d say if you value battery life above all else, then you should keep an eye out for these.

More news from the event

AMD also used the event to announce that the latest crop of AMD-powered notebooks would pack Qualcomm LTE connectivity.

What else has Qualcomm revealed at its Snapdragon Summit? Well, we’ve got 5G rollout details and confirmation of its next-generation Snapdragon 845 chipset. The firm will issue more details on the latter tomorrow (6 December). 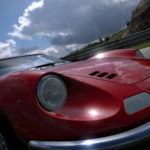