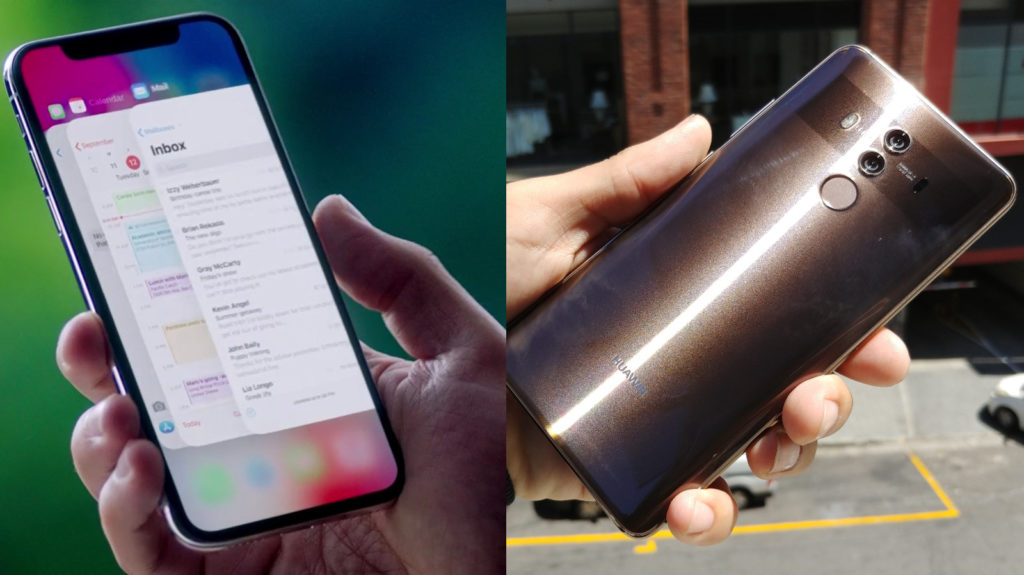 Huawei’s Mate 10 Pro is the definitive Huawei phablet in many ways, offering the same large battery and screen that the Mate series is known for.

But Huawei’s biggest contender is arguably Apple’s iPhone X, packing a number of interesting technologies as well. So how does Huawei’s phablet stack up to Apple’s device? We take a look. 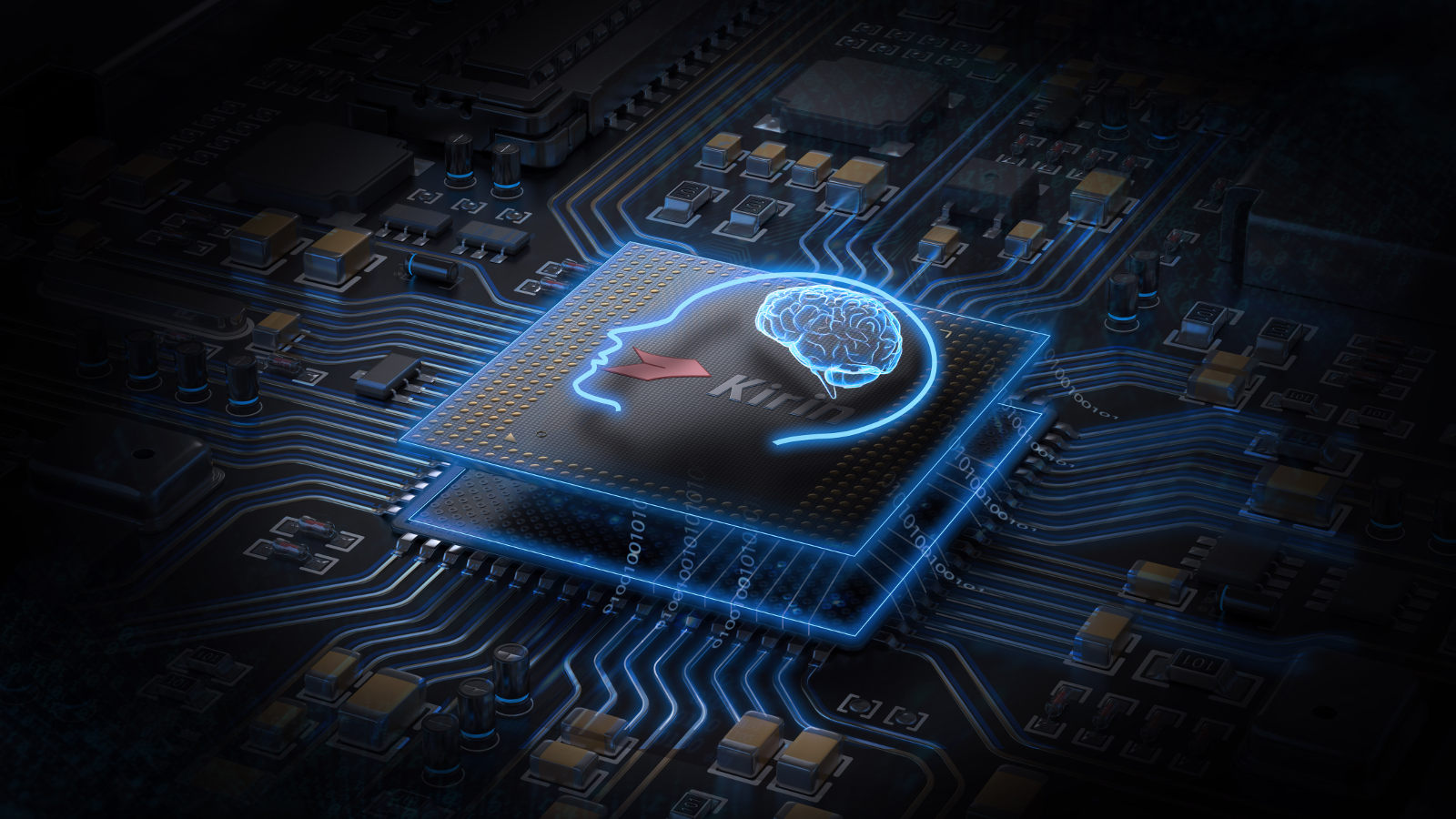 Say what you will about Apple, but the company is at the cutting edge of chip manufacturing right now. The firm’s A11 Bionic chip is a hexacore design that features two high-powered cores and four lightweight cores.

In terms of benchmark scores, the A11 is the undisputed number one for the most part, hitting scores of over 188 000. By comparison, Huawei’s Kirin 970, which features an octacore design (four A73 and four A53 cores) hit scores of roughly 178 000, GSM Arena reports, trading barbs with Samsung.

Still, benchmarks and core counts don’t tell the whole story, especially now that both Apple and Huawei’s phones pack AI silicon. But more on that in a bit.

As for storage, the Mate 10 Pro offers 128GB of space while the iPhone X is available in 64GB and 256GB variants. It goes without saying that Huawei allows for a second SIM card, while Apple offers neither.

The power of the Mate 10 Pro is also put to good use in the form of a desktop mode. By plugging your phone into an external screen, users can have a PC-style experience including windowed apps, a start menu, full-screen games and more.

It’s possible to use the phone as a keyboard and trackpad while in this mode, but Bluetooth keyboards and mice will work just fine. So in theory, you could work off the phone alone if you want to ditch the PC.

The PC-style mode also offers some privacy-focused features, as your personal alerts, calls and messages appear on the phone only. 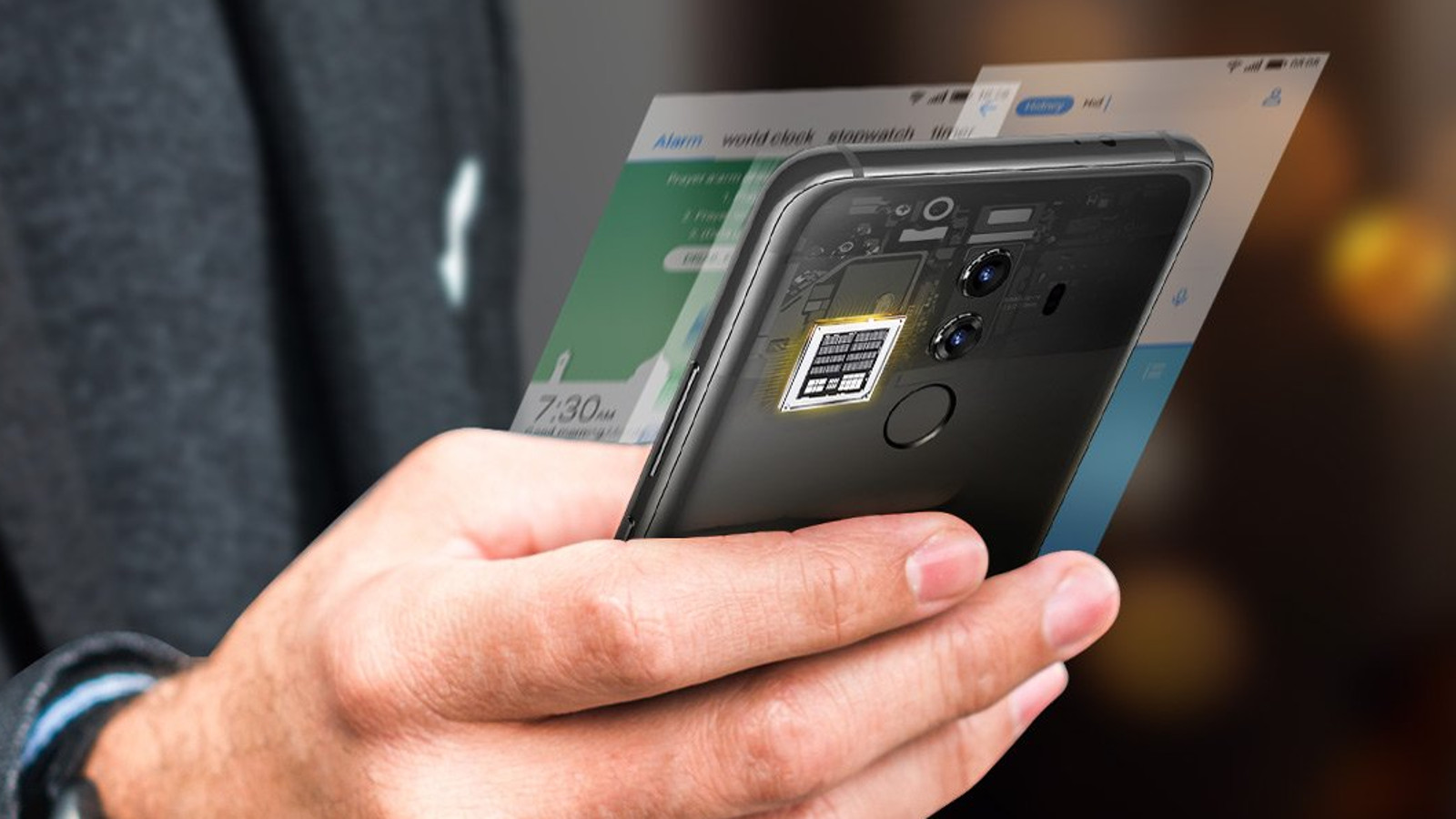 Apple’s A11 Bionic chipset features a dual-core AI-focused chip in the image signal processor — so what does the Cupertino company use it for? We see it utilised for Face ID facial authentication and the Animoji feature, which delivers facially mapped and lip-synced emoji.

Huawei’s chip sports a Neural Processing Unit (NPU) which is used in a number of tasks. For one, the NPU powers the camera’s scene recognition features, enabling the phone to quickly adjust settings based on the scene, while also recognising 13 scenes.

The NPU also boosts other tasks, such as translation. In fact, the Microsoft translation app harnesses the NPU to bring brisk offline translation. Huawei’s AI chip also promises to deliver speedier performance overall thanks to system management in the background.

So which one is better? It’s still early days for the technology, but Huawei devotes a much bigger area of its chipset to the NPU compared to Apple’s chipset, showing how serious it is about the technology. Huawei’s NPU, in conjunction with the EMUI skin, also promises to keep the phone speedy over time. Owners of older iPhones on iOS 11 can attest to slowdown, of course.

Huawei’s own AI chip is faster in the firm’s synthetic tests than other chips, it showed during the Kirin 970 event. But third-party support will be key for both platforms to find more success. 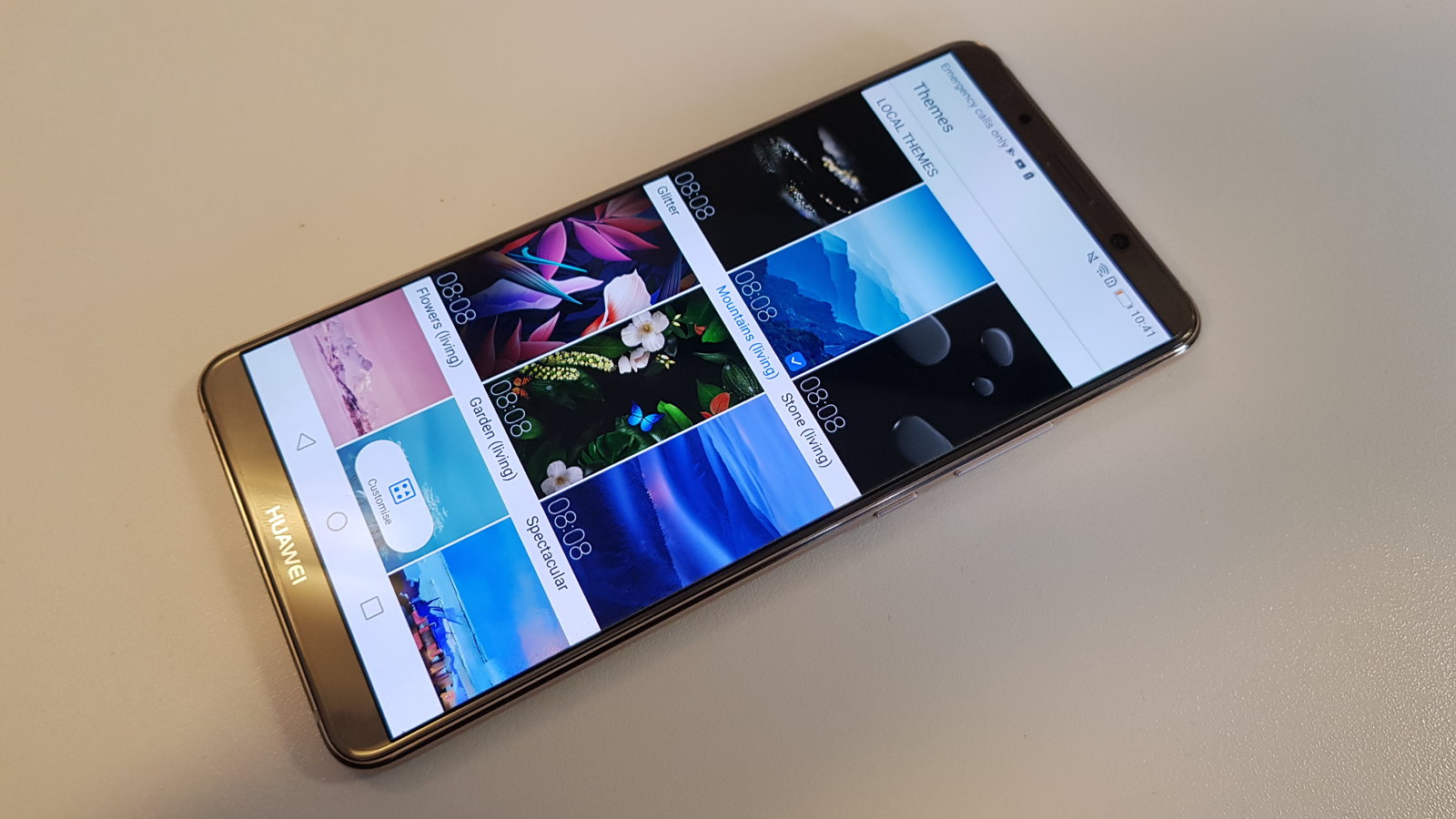 AMOLED screens have come in leaps and bounds over the past few years, overcoming various issues to become the preferred choice over LCD. Benefits include deeper blacks and battery savings when using dark/black wallpapers.

Both phones sport 400PPI+ pixel density (403 and 458 PPI respectively), with the iPhone X being slightly sharper on paper. But above 400PPI, it’s pretty tough to tell which one is sharper. Either way, both phones have support for HDR video as well.

Ultimately it comes down to a larger screen versus a technically better screen. But in both cases, you’ll probably want to get your hands on these phones to figure out your preference. 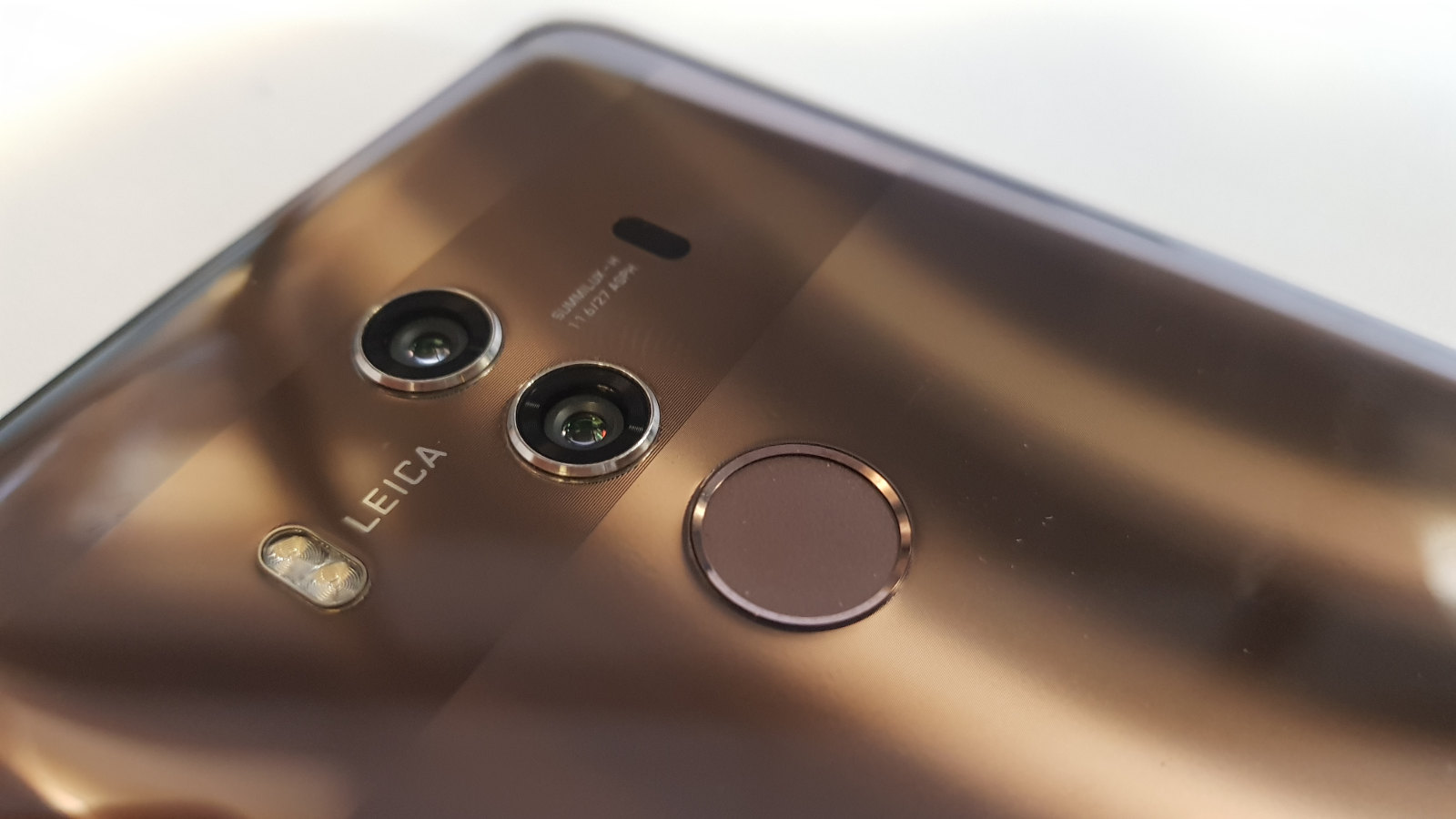 When it comes to simple point-and-shoot excellence, Apple and Samsung have traditionally been the top dogs. But the last 18 months have also seen Huawei enter the fray and make a big statement with the P9, Mate 9 and P10.

Both the Mate 10 Pro and iPhone X take radically different approaches to dual-camera setups. Huawei uses a 20MP and 12MP combo with large f/1.6 apertures (the same size as the LG V30 main camera), while Apple uses two 12MP cameras with f/1.8 and f/2.4 apertures. But the big difference is that Huawei uses a monochrome camera for true black and white images (and to boost low-light performance) while Apple’s secondary camera is a telephoto camera for 2x lossless zoom.

Either way, the Mate 10 Pro has received a 97 rating from analytics firm DxOMark, being tied for second place with the iPhone X. Photography can be very subjective, but the website is a solid reference nonetheless.

It doesn’t hurt that Huawei uses its AI chip to deliver better quality photos, quickly recognising scenes and adjusting settings accordingly. The camera app is capable of recognising up to 13 different scenes, such as low-light environments, landscapes, cats, dogs, food, documents and people.

Want to take a photo of your latest meal? Then the camera app will tweak colours, depth of field and other factors to make a visually appealing snap. And Huawei says more scenes will be recognised over time, as the AI model learns more.

Both phones support a portrait mode, while Apple has a beta portrait lighting mode that isn’t quite polished yet. Huawei packs a wide aperture mode as well, letting users refocus after the fact and adjust the level of blur — this effect is something Apple lacks, for what it’s worth.

Another Huawei feature that Apple lacks is a manual photography mode, allowing you to tune shutter speed, ISO and other values. 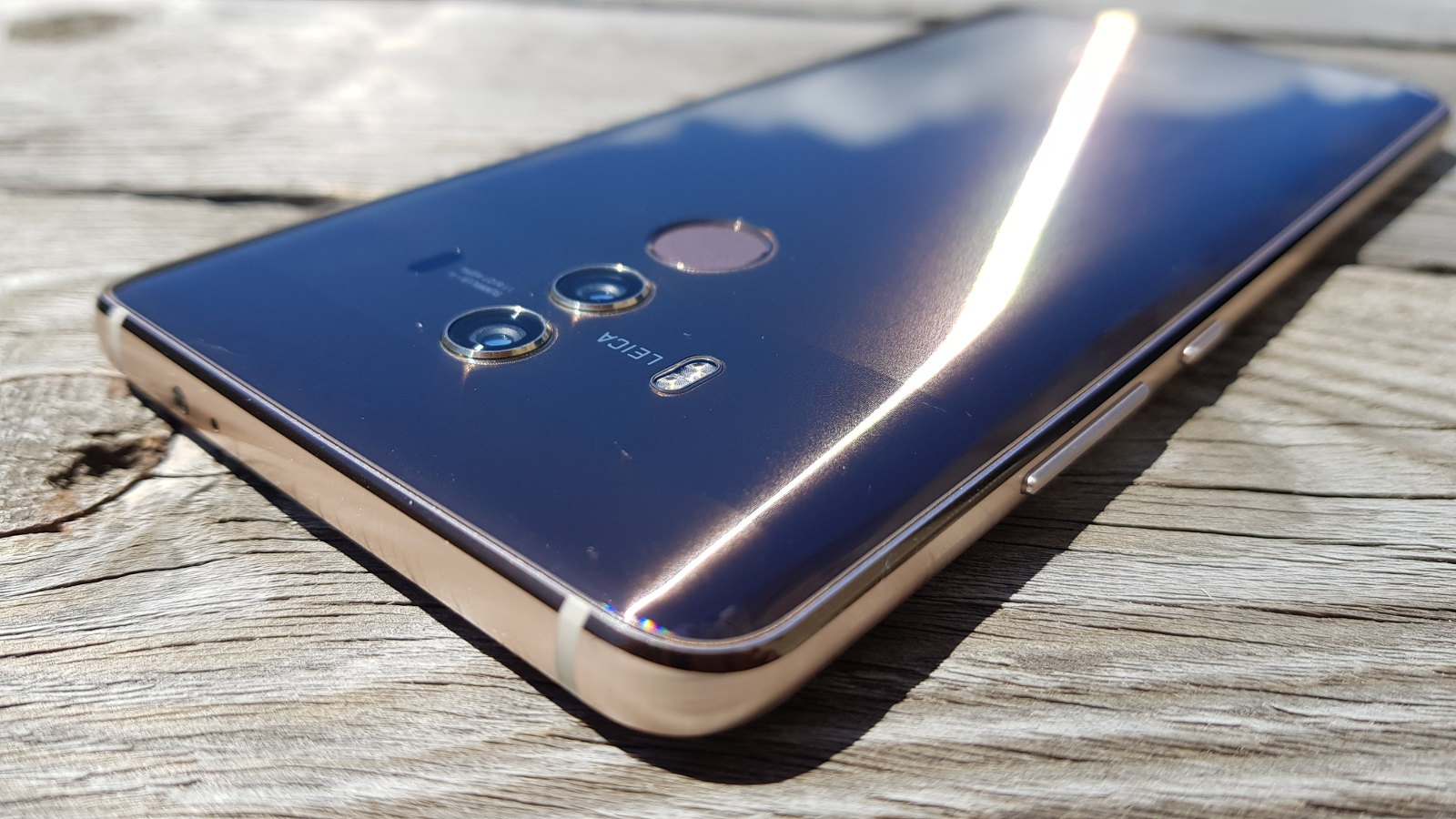 Ah, the elephant in the room perhaps. Both phones lack a 3.5mm jack, but both include an adapter in the box, allowing you to use your old earphones anyway.

Otherwise, both phones also feature IP67 water and dust resistance, so they’ll survive a dip in the pool.

The Mate 10 Pro follows the high screen/body ratio trend that’s been the theme of 2017, but the iPhone X also follows this trend, save for the “notch” at the top of the device.

Apple’s decision to follow the high screen/body ratio trend has also seen it ditch the fingerprint scanner in favour of Face ID. Huawei maintains a rear-mounted fingerprint scanner, following a tradition since the Mate 7. Huawei’s phone doesn’t possess the more complex facial authentication method, but it’ll unlock without needing to look at the phone screen.

The top of the Mate 10 Pro also hosts an IR blaster, so you can use your phone to control TVs, air conditioners and other appliances. 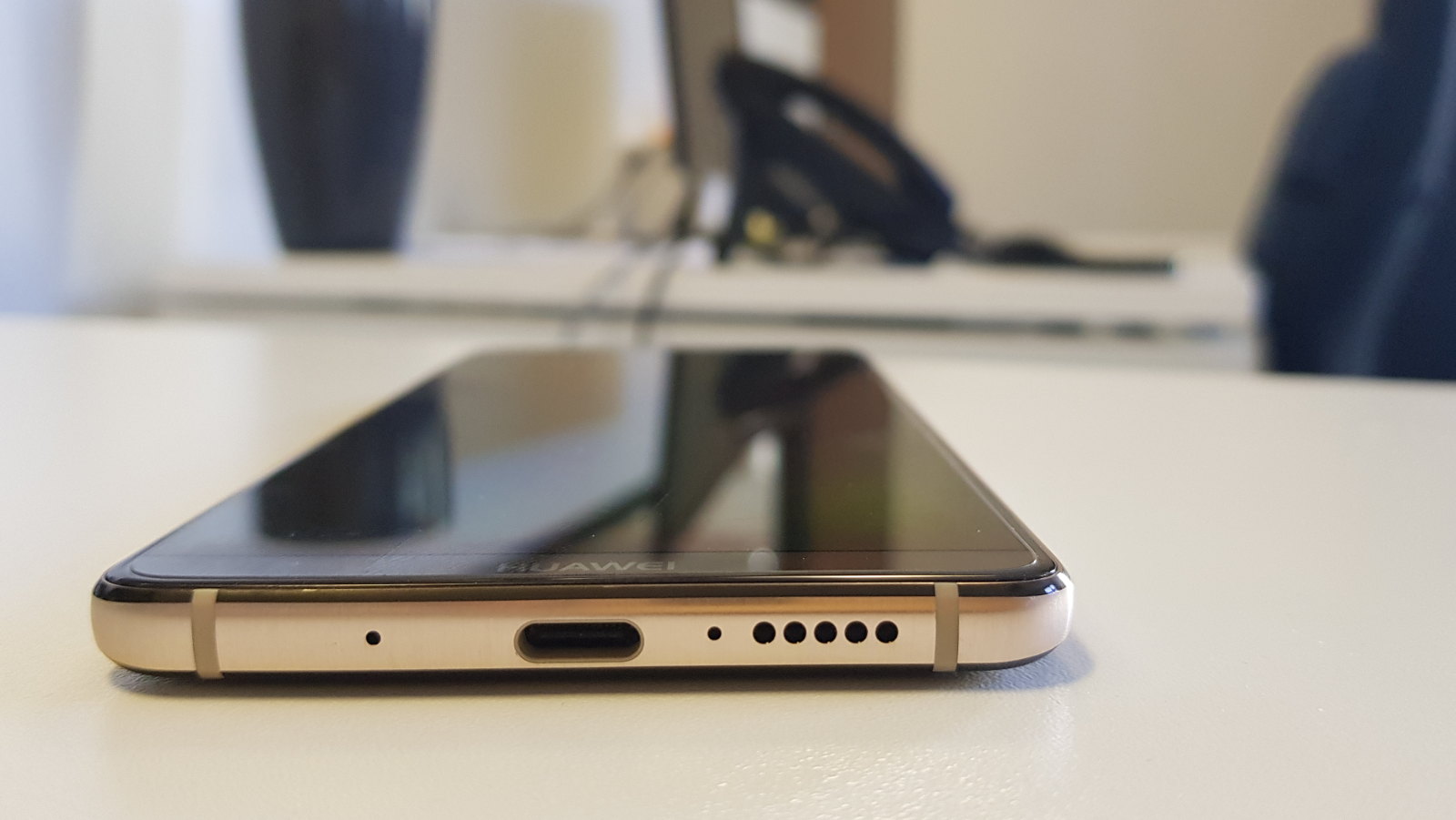 The Mate 10 Pro continues the Mate tradition of large batteries, packing a 4000mAh battery. Meanwhile, Apple delivers a 2716mAh battery in the iPhone X and, while it doesn’t match up to Huawei’s device, it’ll last longer than the capacity implies.

Both phones should last a full day (Huawei promises two days), but the Mate devices have usually beaten the Plus-model iPhones in battery tests. In fact, the Mate 10 Pro handily bests the iPhone X in GSMArena‘s battery tests, with the Huawei device earning an endurance rating of 96 hours compared to the iPhone X’s 74 hours.

So, down to one of the most important details, the pricing.

So that means the Mate 10 Pro is cheaper than the iPhone X, while also slotting in between the iPhone 8 Plus 64GB and 256GB prices. 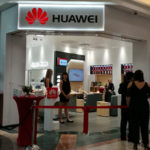