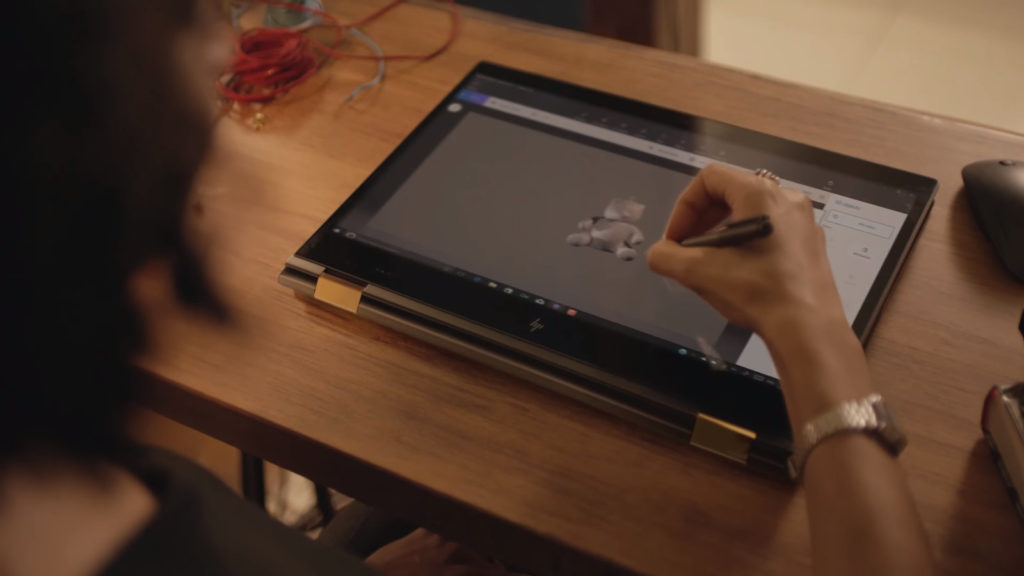 CES 2018 isn’t just about smart speakers, cars and gigantic TVs. Those on the hunt for new laptops and convertibles also have a few options thanks to HP, Lenovo, Asus and Acer.

From gaming notebooks to super-slim laptops, we take a look at the new wares…

What did HP bring? The US computer brand came blasting out of the gate with its Spectre x360 15 (seen above), claiming that it’s the most powerful two-in-one device. The device will come in two flavours: an eighth generation Core i7 8705G CPU with Radeon RX Vega M graphics, or a quad-core eighth gen Intel Core chip and GeForce MX150 graphics. Opt for the former variant and you get 50% capacity with 30 minutes of charging time. Choose the GeForce variant and you get 90% juice in 90 minutes, HP claims.

Otherwise, the x360 15 models share a 15.6-inch 4K display, IR camera for Windows Hello and a fingerprint scanner. Expect to pay $1370 when they launch in March.

Last month, we saw HP reveal the Envy X2 with a Snapdragon 835 processor. But at CES 2018, HP has swapped out the Snapdragon chip for one of Intel’s seventh gen Core Y-series chips, keeping the Envy X2 name. Other noteworthy specs include a 12-inch 1920×1280 display, claimed battery life of up to 17 hours and up to 256GB SSD storage and up to 8GB of RAM. We’ve got no word on a price, but HP says we can expect a spring 2018 release window. The Chinese brand launched three entries in its X1 range, in the form of the Carbon (seen above), Yoga and Tablet.

Otherwise, the Yoga’s main difference compared to the Carbon is its flexible form factor.

Look at the X1 Tablet and it packs a detachable keyboard, 2MP selfie camera, 8MP rear camera, up to 9.5 hours of battery life, a 13-inch 3000×2000 HDR-capable display and fingerprint scanner. Other than these changes, you’re seeing the same processor options, LTE-A connectivity, 8GB/16GB RAM configurations and up to 1TB SSD storage options as the Carbon and Yoga.

An Asus spades up its sleeve? (sorry) The venerable computer brand also had two laptops to reveal during CES week, namely the Asus Zenbook 13 and the X507.

Looking for something with more meat? Then the ROG brand also had gaming-focused options available, in the form of the the Strix SKT T1 Hero Edition and the G703. The Strix SKT T1 packs a Core i7 chip, GeForce GTX1060 graphics and a 120Hz IPS display. Gamers will want to take a look at the Nitro 5 (pictured above), packing AMD Ryzen mobile chips, Radeon RX560 graphics, a 15-inch full HD IPS display, up to 32GB of RAM and up to 512GB SSD storage. Expect an April launch in EMEA regions with a €1099 price tag.

Form factor more important than graphics for you? Then the Swift 7 should be up your alley, apparently being just 8.98mm thin. As for specs, the Swift 7 offers a seventh gen Core i7 chip, 14-inch full HD IPS display, LTE connectivity, 8GB of RAM, 256GB SSD storage, up to ten hours of battery life and a fingerprint scanner. The Swift 7 is set for an April launch in EMEA for €1699. Paying for the form factor, then.

Too expensive? The Spin 3 convertible offers an eighth gen Core series chip, up to 12 hours of juice and a 14-inch full HD IPS screen. The Spin 3 launches later this month in EMEA regions for €649.