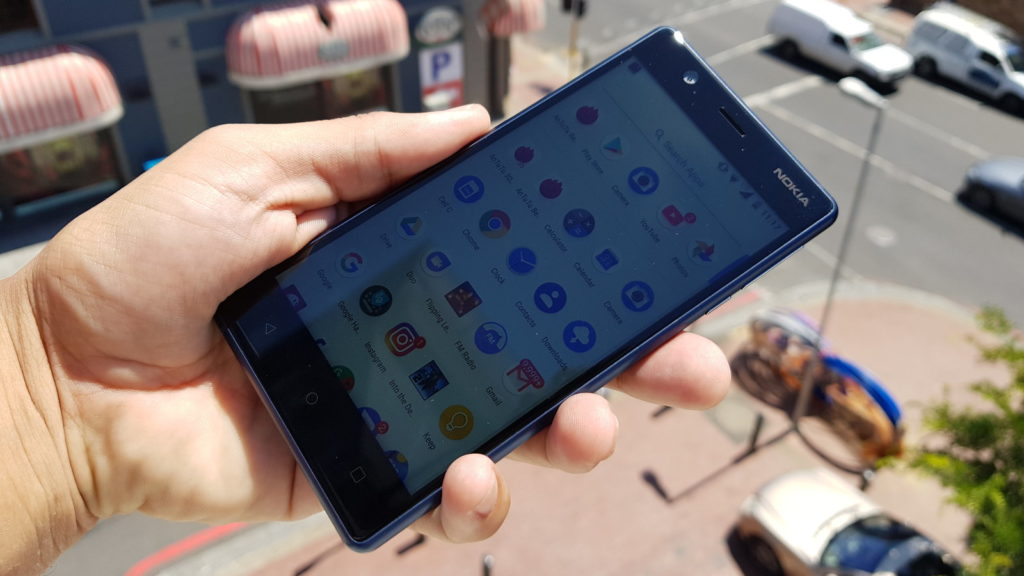 HMD brought Nokia-branded smartphones back to life in 2017, and it seems like the move has paid off already. Between the attractive price tags and stock take on Android, it’s easy to see why Nokia is a major mobile force once again.

The Nokia 3 was the cheapest Nokia smartphone for quite some time (until the Nokia 2 arrived), coming in at R2000. So is it worth the asking price? Let’s dive in. If there’s one area where the Nokia 3 punches above its weight, it has to be the hardware design. Featuring a polycarbonate back (i.e. plastic) and a metallic rim, the phone definitely feels like a more expensive device. Take a closer look at the rim and you can make out the iPhone-inspired antenna lines, but they’re camouflaged well enough on the blue variant, if that matters to you.

Look at the front and you’ve got two thick bezels (understandable, given the cost), featuring capacitive keys on the bottom bezel. On-screen keys might be preferable for some, but it does mean you don’t need to deal with immersive mode tomfoolery.

As for I/O, you’re looking at a microUSB port and single speaker at the bottom, nanoSIM and microSD bays on the left, headphone jack at the top and power/volume keys on the right. Pretty much what you’d expect for a phone in this price range.

Turn on the device and you’ve got a screen that gets bright enough indoors but is barely suitable for outdoor viewing. Honestly, I had trouble taking photos at the beach because I had a tough time seeing the screen while taking photos. The actual colour reproduction is solid, although it does seem much colder than the average smartphone screen, with whites looking somewhat blue.

In any event, once you’ve gone through the short setup process, you’re greeted by Android Nougat. Yep, there are no third-party skins or themes here, as you’ve got the Google Now launcher in place. So that means the “swipe-up” gesture to reveal apps, a stock dropdown menu, Google Now on the left-most screen and little in the way of preinstalled apps (pretty much just the support and Nokia camera app).

Powered by a quad-core A53 chipset (MT6737) and 2GB of RAM, with 16GB expandable storage, the Nokia 3 definitely fits in the R2000 price bracket. What this means for Antutu benchmarking is a score of just under 27 000. By comparison, the Xiaomi Redmi 4A (review) delivers an Antutu score of 36 000. We’ll chalk that up to the Xiaomi device packing a Snapdragon 425 chip, which offers a better GPU and slightly higher clock speed. If you’re wondering what the Nokia 8 is capable of, it gets an Antutu score of 175 000. Then again, you can buy four Nokia 3s for the price of a Nokia 8…

When it comes to actual usage, the Nokia 3 is hit and miss — but mostly hit. There can be a noticeable delay when snapping shots, we occasionally see lag when opening the app drawer, and switching between apps isn’t always an instant experience. But for the most part, it’s pretty smooth sailing.

The Nokia 3 isn’t the most powerful phone in its price bracket, and it occasionally shows

Gaming is the real performance test and NASCAR Heat Mobile is my go-to title, making budget devices like the Redmi Note 4 (review) sweat. The game never came close to holding a stable 30fps framerate, running in what seemed to be the teens most of the time.

We also tried out two more advanced titles in the form of Suicide Squad and Into the Dead 2. The former was jittery but somewhat playable, while Into The Dead 2 has extremely long loading screens coupled with a mostly playable framerate.

What about games that don’t push the graphical envelope? We tried out Leap On and The Tower Assassin’s Creed, finding the former to be very playable and fluid. Meanwhile, The Tower was jittery in the opening minute or two, eventually settling down to a playable pace, but the jitters never truly went away, making for an unpredictable experience at times.

So if you want to play a few games on the Nokia 3, you can indeed do so, but there’s no guarantee of a smooth experience.

Despite the lack of grunt, the Nokia 3’s pure take on Android means that Android Oreo (and potentially the next iteration) will almost certainly come to the device before Xiaomi’s phone gets it. And if you do want a more visually appealing theme, you can always download a launcher…

So then, in the software/performance department, it’s not a brisk experience by any measure, but it’ll seemingly stay updated. You decide what’s more important. 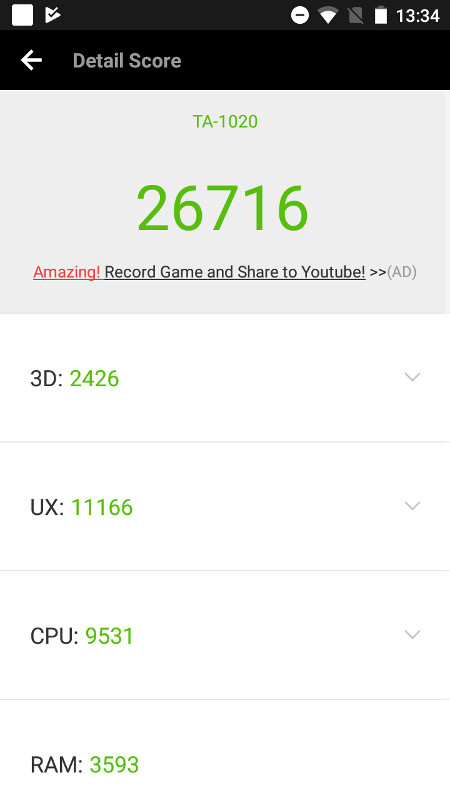 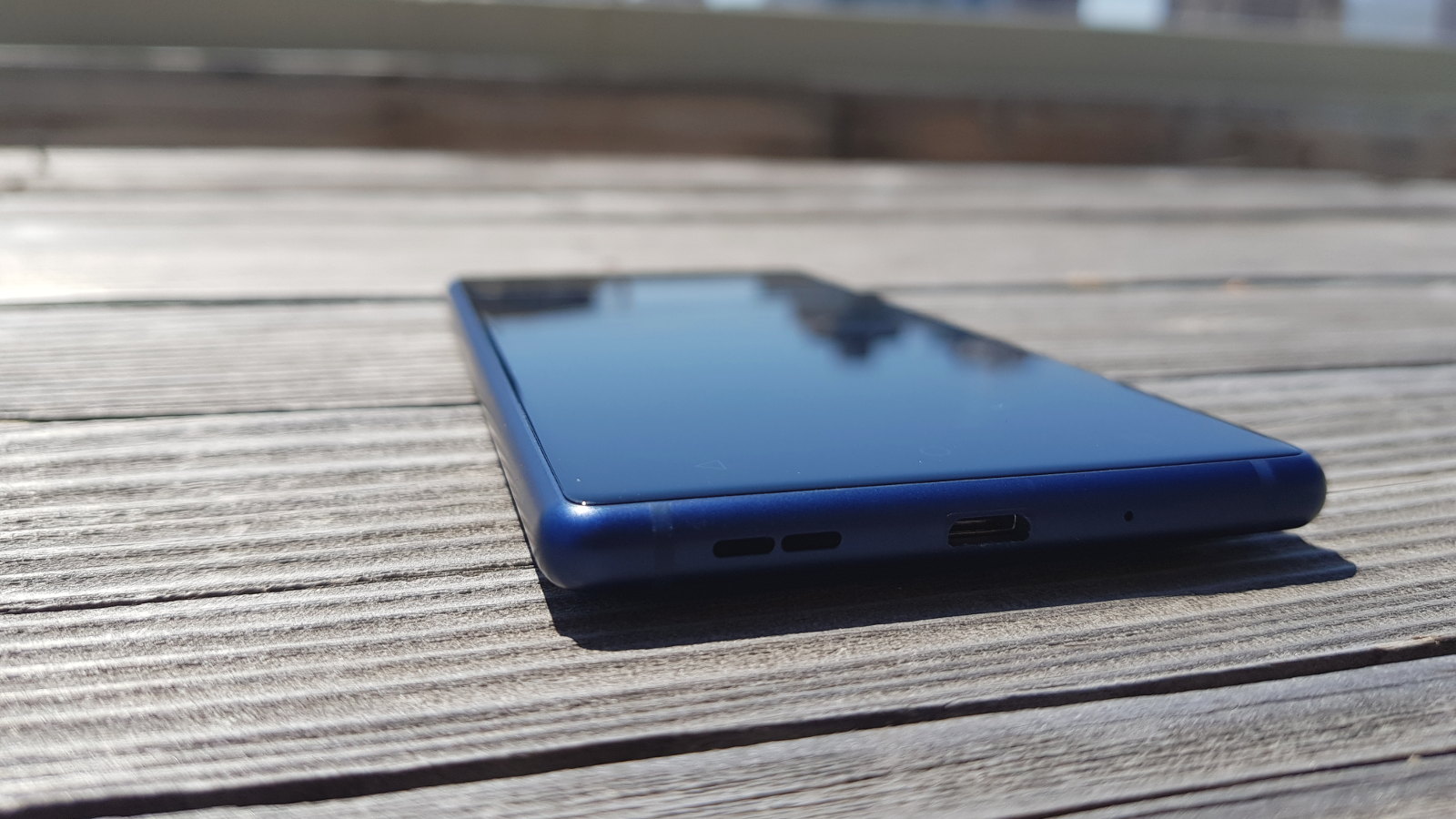 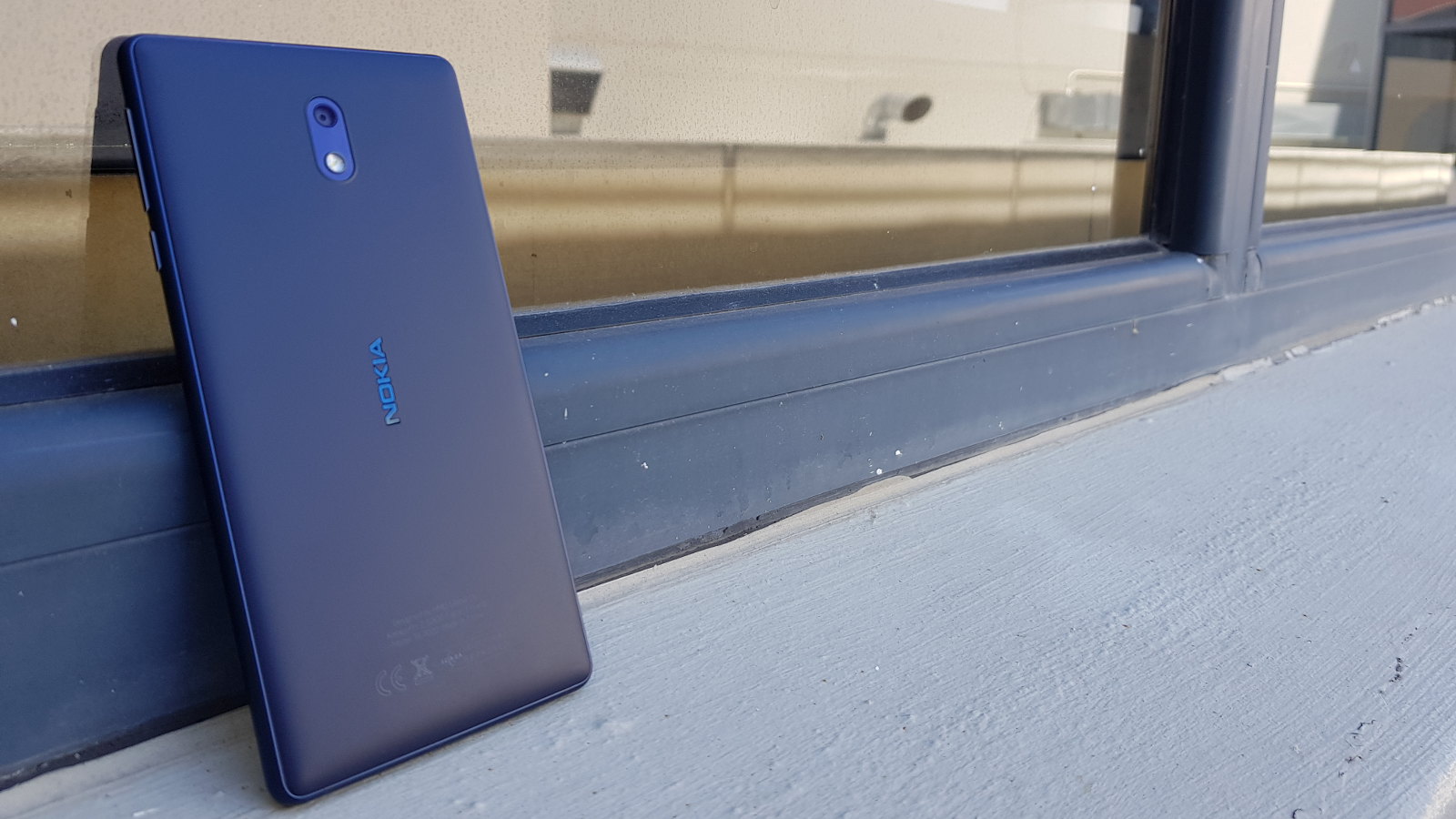 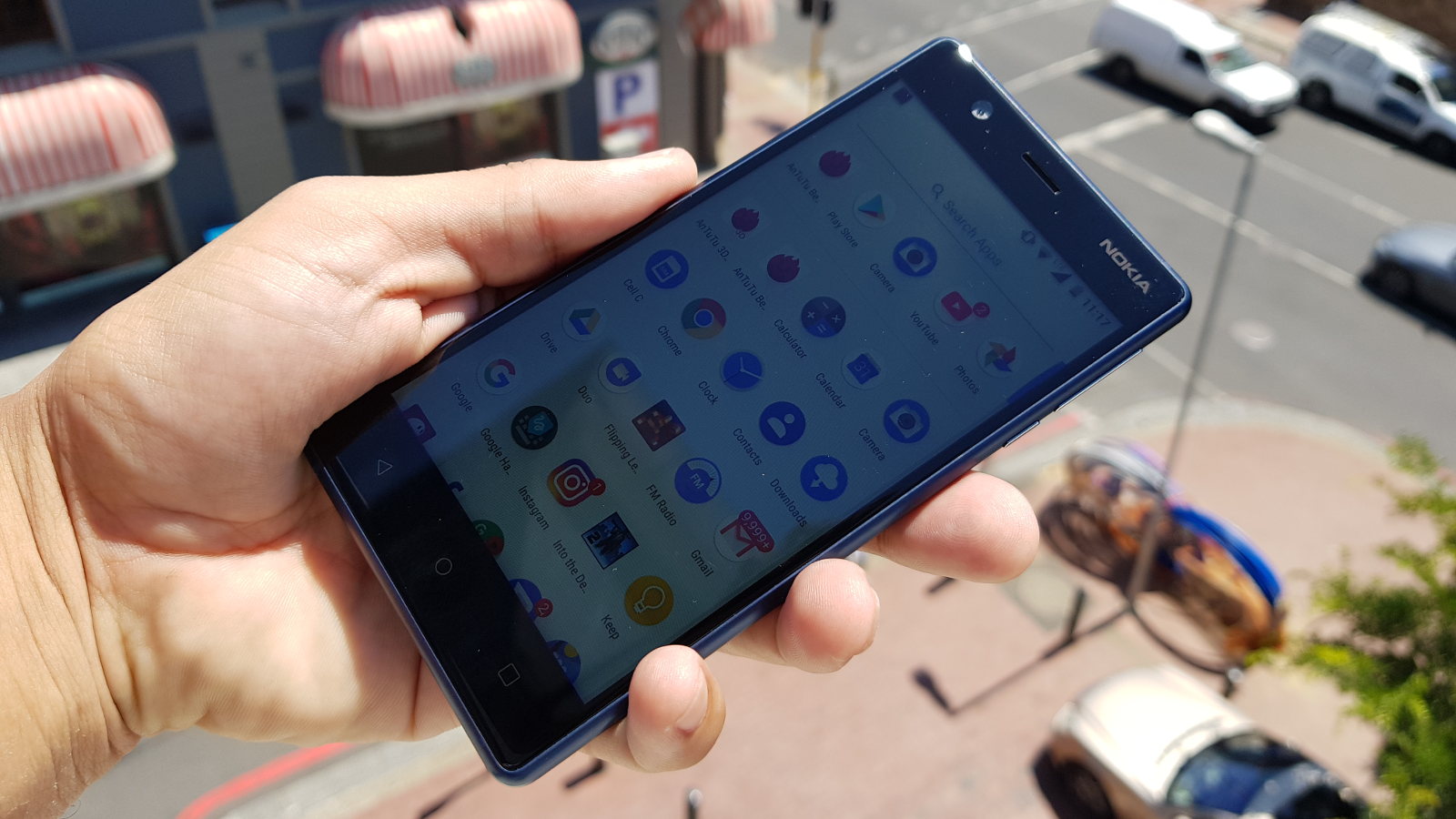 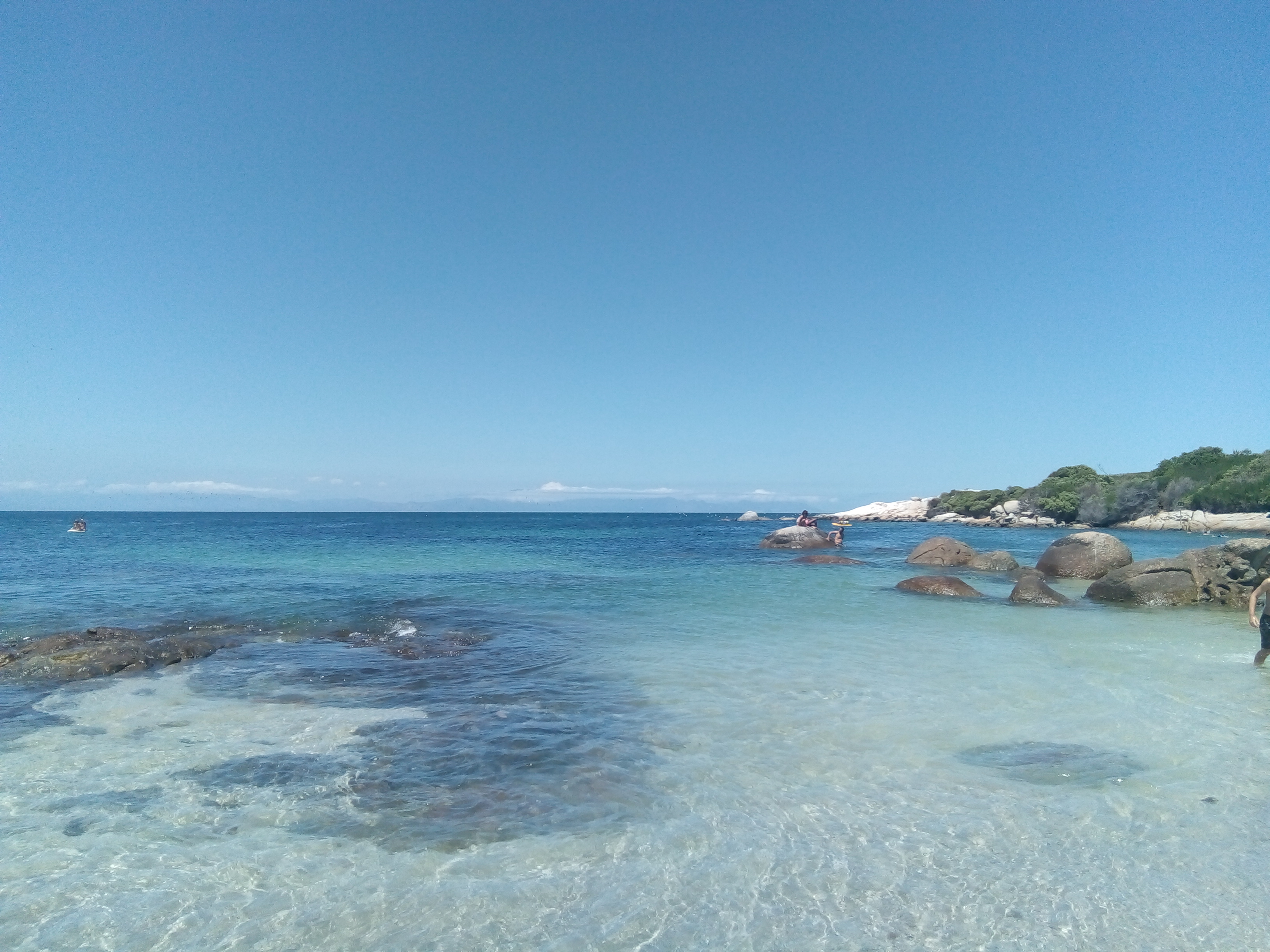 It took many tries to get a macro shot - the dim screen didn't help. I still wasn't happy with the soft result here anyway. 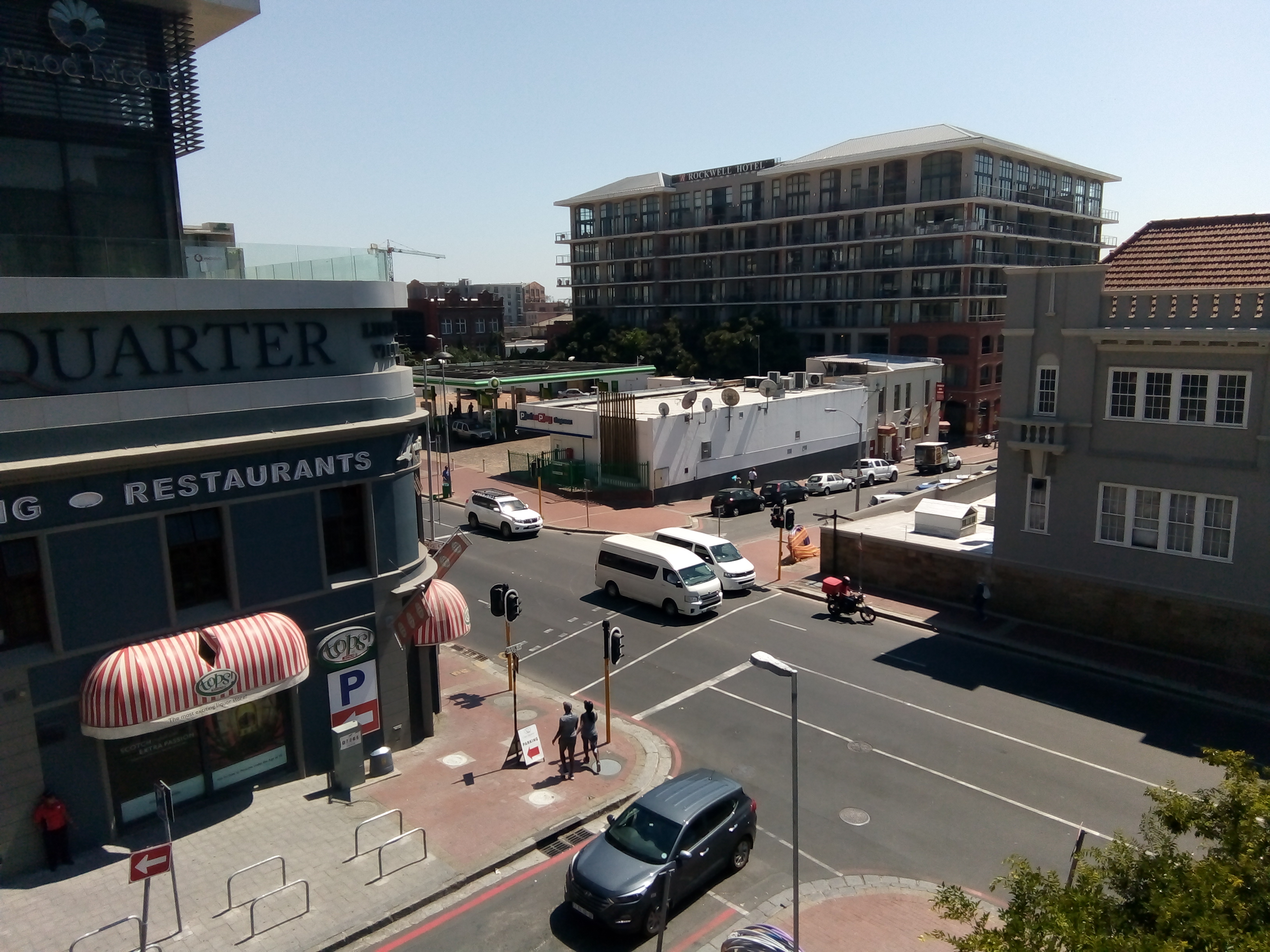 The non-HDR shot has poor dynamic range (compare the detail in the building shadows to the HDR shot) but no ghosting, at least. 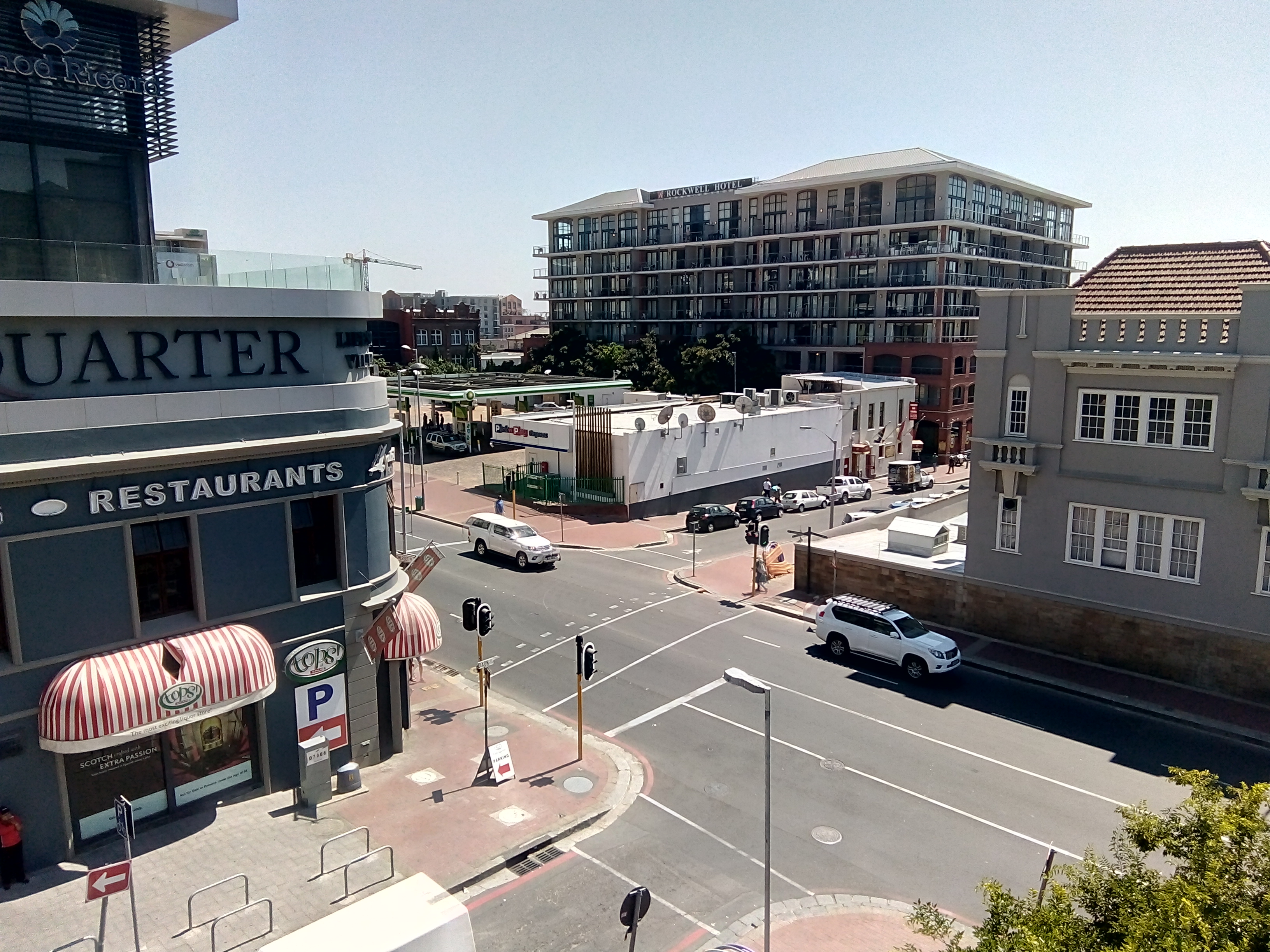 An HDR shot from the balcony. Note the blurry vehicles. 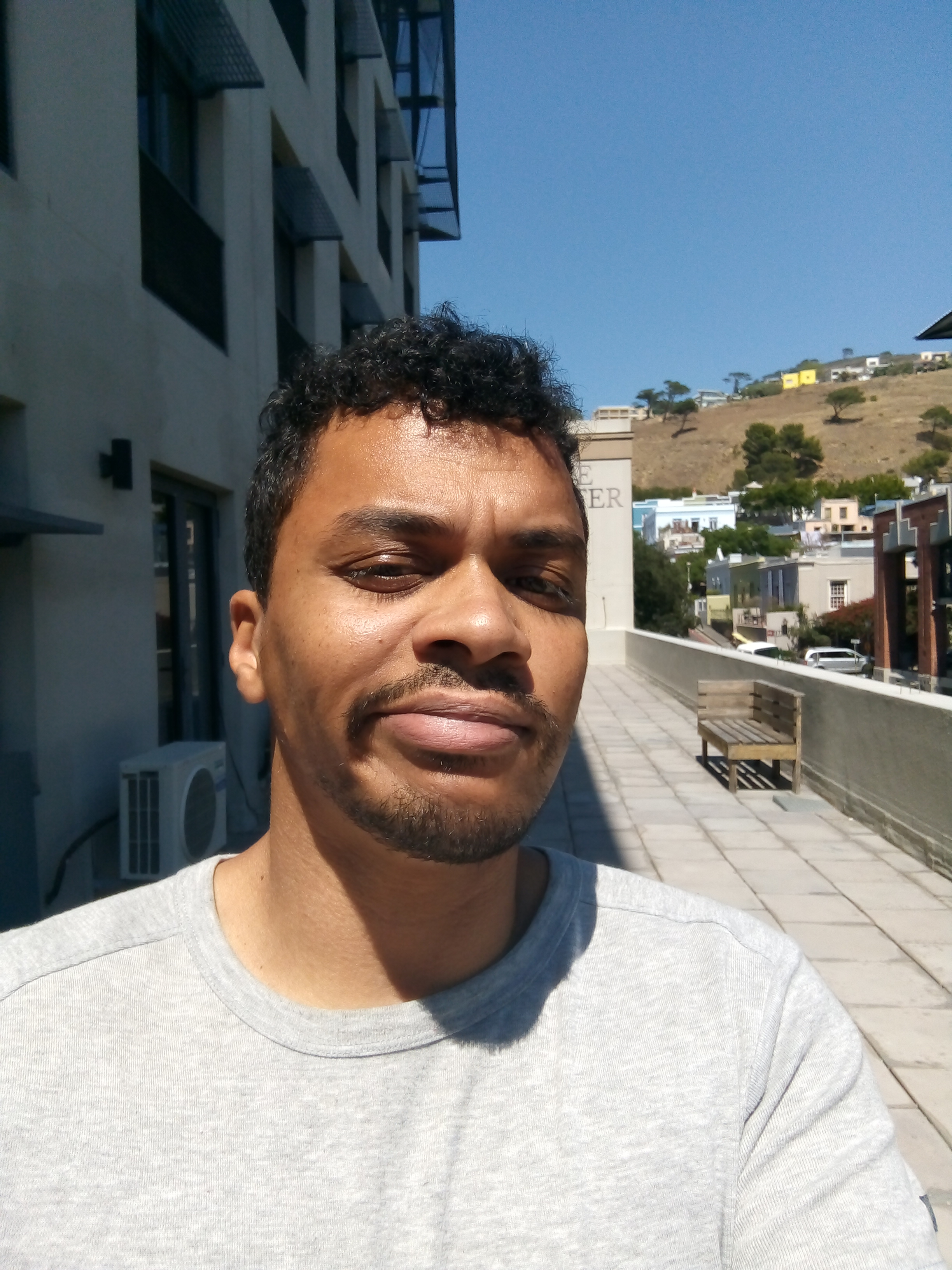 The phone takes great selfies during the day, offering relatively clean lines and a solid amount of resolvable detail.

Everyone expects Nokia-branded smartphones to excel in the photography department but there are probably better performers in this price bracket (right-click and open the gallery photos in a new tab to view them at full resolution). In fact, despite the autofocusing woes Julia Breakey had in our Redmi 4A review, Xiaomi’s phone still seems to turn in a higher quality experience.

Daytime snaps are merely okay on the Nokia 3, as there’s a real lack of detail, low dynamic range and a ton of noise. Then again, these results are fine for the likes of Instagram and other social media platforms, but you’ll certainly notice when you crop the shot.

Stay indoors or wait for the sun to go down and, surprise, the noise is cranked up even more. Clearly, the 8MP f/2.0 snapper is of the budget variety. But software is almost as important as the hardware, and it’s clear that HMD could’ve done more here.

Speaking of software, you’ve got the usual beauty and panorama modes, for starters. Opt for the manual mode and you’ve got basic ISO, exposure and white balance options — no shutter speed unfortunately.

I initially thought HDR was missing entirely, but it turns out that you have to switch to auto mode in camera settings to make HDR visible as an option in the viewfinder. A persistent quick-toggle for HDR, regardless of auto or manual mode, would’ve been preferable. Heck, a quick-toggle for auto and manual mode would’ve been welcome too, instead of diving into settings.

HDR does indeed help with the poor dynamic range, but you have to keep your hands as still as possible to prevent ghosting. Moving objects in the scene? Then forget about a blur-free HDR shot. It’s the one area where budget processors are really felt and the Nokia 3 is no exception. Best use HDR for landscapes and similar situations.

As for video recording, the Nokia 3 tops out at a “holy crap, is it 2011?” 720p and 30fps. It wouldn’t be an issue if the quality itself was actually decent, but the final product looks rather splotchy and it’s recorded in 3GP. Now there’s a format I haven’t seen since I owned a Nokia E63…

The one big positive has to be the 8MP selfie camera, delivering detailed self-portraits in bright conditions. But selfies taken indoors or in low light see a massive drop in detail and a sharp increase in noise. Stick to the outdoors. Still, it’s a great shooter for the price. The Nokia 3 packs a 2630mAh battery, which isn’t huge but, given the budget chipset and lower resolution screen, it seems like a suitable fit on paper.

Standby time was pretty solid, if unspectacular, as I left the phone in my bag over the weekend. I came back to work on Monday and fired up the phone, being greeted with just over 30% capacity. It’s not great, but it’s not bad either. In terms of everyday usage (emails, WhatsApp, music playback), the phone should last for a working day, but you don’t want to leave it unplugged before sleeping.

Meanwhile, we conducted a video playback test, running a 20 second 1080p/60fps clip on loop via MX Player. We also turned up the system brightness to 100%, cranked up the MX Player brightness to maximum and kept WiFi and cellular connectivity on. The result? Well, it hit just over five and a half hours, which is very average compared to other phones we’ve tested.

If it weren’t for Xiaomi’s phones, the Nokia 3 would probably be the best R2000 phone on the market right now. It doesn’t do anything particularly well though, HMD content to be a jack of all trades instead. Satisfactory system performance? Yep. Mediocre camera hardware and software? Sure. Battery life that’s merely average? Indeed. Unlike the Redmi 4A though, you’re getting pure Android and regular security updates.

Verdict: The Nokia 3 isn’t going to wow you in any particular area, but it does have pure Android and the promise of regular security updates. Me? I’d probably get the Redmi 4A instead, offering a 13MP main camera and double the storage (32GB). Or I’d save a few hundred rand to get the long-lasting Redmi 4X. 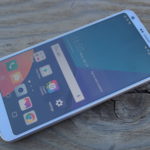