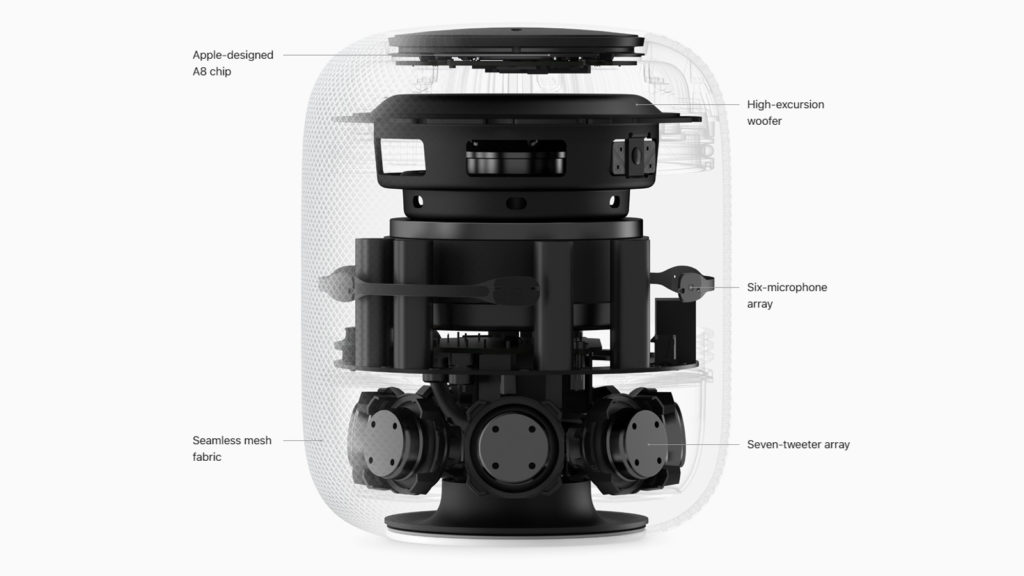 Whether they want to admit it or not, the Apple HomePod is the company’s first foray into the smart speaker arena, slapping Siri on a high-end speaker.

The device is going up against the Google Home and Amazon Echo range. So what do critics think of Apple’s debut smart speaker?

The website’s John Velasco praised the speaker’s design, but noted that it was bigger than the Google Home and could be mistaken by your cat for a scratching post. However, the reviewer bemoaned the power cord, which “isn’t meant to be user-detachable”.

Moving to actual usage, Velasco says that setting the device up is simple, as you merely hold your iOS device close to the HomePod. Voice recognition seemed spot-on, even with background music, but what about Siri’s functionality?

The reviewer notes that Apple’s assistant “just isn’t as intelligent as its rivals, which becomes even clearer when you ask questions and follow up with more after that”. There’s also a “critical” flaw, which lets anyone ask Siri to read your text messages out loud, the Phone Arena writer cautions. Those with Android phones can’t use the device either.

Nevertheless, the reviewer praised the HomePod for its audio performance, saying it was “one of the best-tuned” smart speakers they’ve used.

Velasco bestows a 7.8 out of 10 on the speaker, bemoaning the high price tag and Siri’s limitations, but praising the audio experience and design. Even this prominent business-focused publication served up a HomePod review — so what did reviewer Tim Bradshaw think?

Bradshaw noted the high price, but said it bests Google and Amazon’s efforts in terms of audio quality. Which one is the better virtual assistant though? The reviewer says Google Assistant is the better one “by some distance”, concurring with the Phone Arena review.

“It does not even seem like Apple is putting the same Siri on the two devices,” the Financial Times critic wrote, pointing to different traffic alerts on iPhone and HomePod as an example. The reviewer also criticised the lack of choice in streaming music sources, as you can only stream via Apple Music.

“As I can neither hype nor scorn the HomePod, until it breaks out of its walled garden I would instead recommend Google’s Home Max or Sonos One for a room-filling speaker that is truly smart,” the review concludes.

Engadget reviewer Chris Velazco immediately notes that the HomePod is the best smart speaker he’s ever heard, but it’s “just not very smart in the ways I was hoping”.

Not an Apple die-hard? Then Velazco recommends that you stay away from the speaker, owing to the iOS device and Apple Music requirements.

“…if you’re primarily a Spotify person (like me) or an Apple Music user who prefers Android devices, the HomePod isn’t for you. Beyond that, the lack of audio inputs and a Bluetooth implementation that doesn’t allow for streaming from devices means your musical options are limited.”

What about the smart aspect of it all? Much like previous reviews on the list, Engadget’s writer thinks other assistants are better.

“There are two ways to interact with the HomePod: You can either walk up to it and tap the touch-sensitive top panel or just start talking to it. Either way, it doesn’t take long to realise that Siri — or at least this particular version of Siri — isn’t as capable as other voice assistants.”

Engadget’s review also criticised the lack of third-party integration compared to rival assistants, noting the “undeniable” value of Amazon and Google’s head-start. Then there’s the privacy concerns expressed by Phone Arena too.

“Right now, anyone could ask my HomePod to play my unread text messages or send a text to a contact, and as long as my phone was nearby, Siri would comply without hesitation.”

Nevertheless, Velazco says Siri’s voice recognition was a positive, while also praising Siri’s ability to find suitable playlists and its “solid” smart home credentials. Overall, the device received a 79 out of 100 rating.

Looking for a review that focuses on the audio side of things? Well, What HiFi? bestowed a five star rating on the speaker, saying it’s the best-sounding smart speaker “by quite some margin”.

“At no point in our test do we play a single track that was anything other than absolutely correct,” the website’s review read. “That’s not to say we’re talking about a perfect delivery, but the HomePod is great at honing in on and delivering the essence of everything you play through it, from Bach to Band of Horses, Bonobo to Bob Marley, The Notorious B.I.G. to Bullet for My Valentine.”

What HiFi? praises the speaker’s handling of bass and treble, but adds that it can be a little “muddled” during the “most congested points” of a track. Nevertheless, the website says the speaker’s sound is “superb”.

“Even at low volumes the core excitement is retained, with more bass weight and punch than rivals can muster when similarly quiet. And it’s also capable of going loud, and remains composed, clear and unflustered even at maximum volume,” the publication’s review continues. Android user? Then the website recommends you to stay away, as it’s only compatible with iOS devices.

Moving on to the smart stuff, What HiFi? reckons that Siri is great at understanding context from a musical perspective. One example given was when Siri was asked to play a particular song and the wrong version played. The publication says a simple “play the other one” solved matters. The publication does note a few misunderstandings and stutters now and again though.

“Overall, though, we’ve been pleasantly surprised by the overall efficacy of Siri, particularly having been largely unimpressed by it in iPhones and iPads over the last couple of years.”

Interestingly enough, the website doesn’t really spend much time on general Siri commands, merely listing some of the general commands rather than comparing them to the competition. 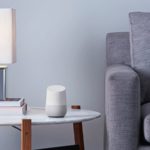