Late last month, we got confirmation from an LG South Africa executive that an upgraded V30 was in the pipeline for Mobile World Congress (MWC) 2018.

Yesterday saw even more information drop out of Korea, in the form of the V30s name, spec info (256GB storage) and AI details.

Now, LG has officially announced that it will be bringing “the first of a suite of AI technologies” for its smartphones at MWC — alongside a 2018 V30.

“The new technology will be featured in the 2018 version of the LG V30, LG’s most advanced flagship smartphone to date,” the firm wrote in a release. So does that mean the chipset will be upgraded too? No word on this just yet.

The Korean firm says it spent over a year researching how AI should be implemented on smartphones, coming up with Vision AI as its first stab at the tech. It all sounds like a cross between Bixby Vision and Huawei’s AI smarts.

“Vision AI automatically analyses objects and recommends the best shooting mode from among eight modes: portrait, food, pet, landscape, city, flower, sunrise, and sunset. The angle of view, color, reflections, backlighting, and saturation levels are all taken into consideration as the phone analyses images in its database to determine what the camera is focusing on in order to recommend the best setting,” the company explains.

“For example, pointing the camera at a plate of pasta will result in food mode being invoked, resulting in warmer colours and heightened sharpening for the most appetising shot possible.”

LG says it collaborated with a partner to analyse over 100 million images for the phone’s algorithms, creating over 1000 image categories as a result.

Vision AI is also able to do Bixby Vision-style tricks such as QR code scanning, image searches or shopping options.

The last major Vision AI trick is a new low light shooting mode that brightens these scenes by “a factor of two”. According to LG, the software measures the brightness of the image that will be captured, “resulting in brightness levels that are adjusted much more accurately”.

“Certain AI features will not be limited to new LG models only, but also to existing LG smartphones via over-the-air updates, taking into consideration various hardware specifications and stability of LG smartphone models for maximum user experience,” LG added. 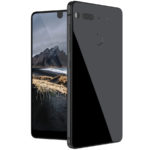