Google’s Android 9 Pie went live this week and is now available on a few phones. With it comes a slew of new enhancements to manage your time on your device, monitor your usage habits, and to wean yourself off your device.

The latter phrase may sound counter-intuitive.

How to monitor your smartphone usage

Known for its excellent Windows monitoring software, Quality Time’s Android app does the same on the mobile platform. “QualityTime is a fun, visually engaging and easy-to-use Android app that allows you to monitor and get real time reports on how much time you spend on your smartphone and on your favorite apps,” the developer writes on its Play page.

It can also set restrictions for various apps, and alerts for when you just can’t help yourself. Users can also set up profiles for periods during the day: nifty for work hours.

The app’s free on Android with a paid tier offering a few more features.

How to turn your screen greyscale

Believe it or not, but you can already set your smartphone screen to display in monochrome. You will however need to activate developer mode and follow these steps. Go to “about device,” find “build number,” and tap it a bunch of times until the phone tells you you are a developer. Then, go back to settings, and above about device, you will see a new option called “developer options.” Open it, and find “Simulate color space,” and set it to “Monochrome.”

Your screen will now display all images and text in greyscale.

There’s no way to automatically do this at present though.

How to add gesture-based navigation to your phone

“Jealous of the cool new gesture navigation feature on the Apple iPhone X, Android P, or OnePlus 5T/OnePlus 6? With Navigation Gestures, you don’t have to go out and buy a new phone if you want to change the way you use your phone. This app brings gesture navigation to any Android device,” reads the original post.

Users can have access to some 17 actions and 16 gestures with the current version of the app. It also hides the default navigation bar, giving a Pie-like aesthetic.

Navigation Gestures may not work with every device, and there’s an entire forum thread you should read before installing it. But it’s clear that some Android 9 Pie features are already here. You just need to know where to look. 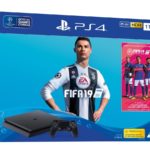