For those who just bought their Nvidia 1000 series graphics cards, you may want to look away now.

A list of preliminary specifications has leaked citing a few numbers and launch dates of the incoming Nvidia 2000 series cards. Notably, the Nvidia GeForce RTX 2080 Ti leads the line, and its numbers are frightening.

According to WCCFTech, the price should peak at around US$899, surprisingly making it a lot cheaper than 2018’s round of flagship smartphones. And with a TDP of just 250W, you may not need to invest in a new PSU either.

The GTX 2060 retains more common nomenclature, while its specs are also a welcome revision for upgraders.

Our CEO Jensen Huang will take the stage at the @NVIDIAGeForce Gaming Celebration before #Gamescom2018 begins in Cologne, Germany. https://t.co/HqCmc8Zeun #BeForTheGame pic.twitter.com/Y0ihiPfuEx

Nvidia is set to announce its new range of cards later today ahead of Germany’s Gamescom 2018. 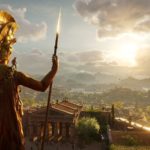