Pokémon Go creators Niantic has announced that new Pokémon can be discovered, hatched and battled for in Pokémon Go.

The new list of Pokémon comes from the fictional region Sinnoh, a place that features in the Nintendo games Pokémon Diamond, Pearl and Platinum.

“Pokémon originally discovered in the Sinnoh region will be making their way to Pokémon GO in waves!” the company explained.

This means that more and more Pokémon will join the game over the next few weeks.

While all the new Pokémon have not explicitly been revealed yet, Pokémon Go has confirmed that Turtwig, Chimchar, and Piplup will be lurking around waiting to be discovered.

“Stay tuned to our official channels for updates about new Pokémon, new features, and expansions to existing features like Pokémon storage and more!” 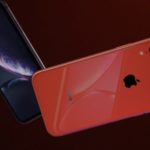