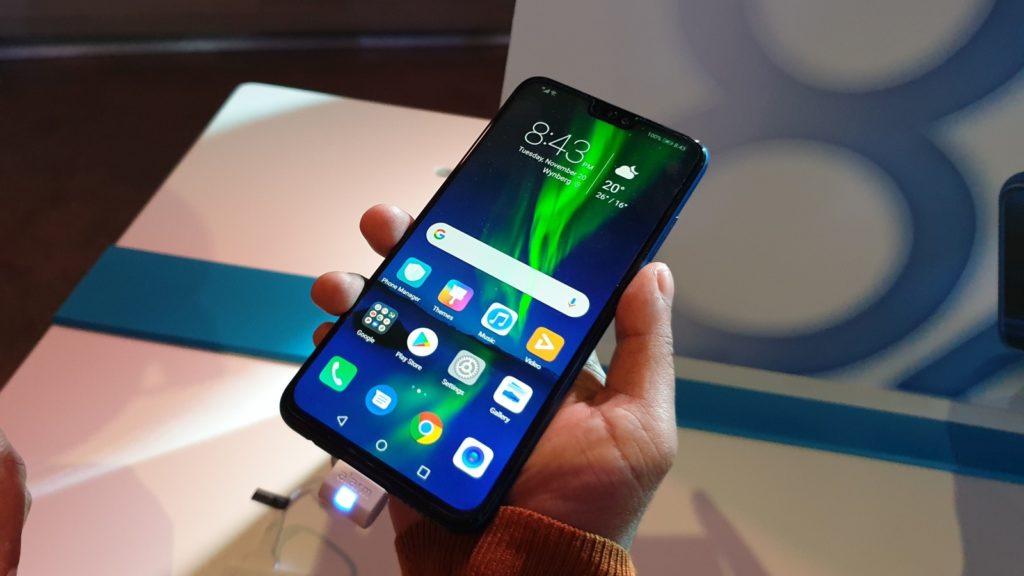 Huawei has a fairly thick smartphone portfolio in South Africa, but on Tuesday night the company introduced its “e-brand” to the country.

Although you could purchase its phones for a good few months already, Honor officially announced its presence in South Africa, and with it, the 8X flagship.

At R5499, it’s an interesting device, with a keen focus on aesthetics, entertainment, and a marketing slant that vehemently targets active, young, flat white-indulging colour-running Millennials.

A vast swathe of Honor’s presentation deck centres on the device’s design cherry-topped by the incredibly shiny rear plate, and two-tone finish. It’s available in black, blue, and a truly dazzling red. The latter wasn’t set to be introduced in South Africa, but there’s a possibility it may just sneak in through the door.

A pink finish won’t however make it into the country.

On the surface, the Honor 8X features a notched 6.5 inch LCD screen with a 2430×1080 resolution. It’s also impressive considering the the phone’s almost devoid of visible bezels. 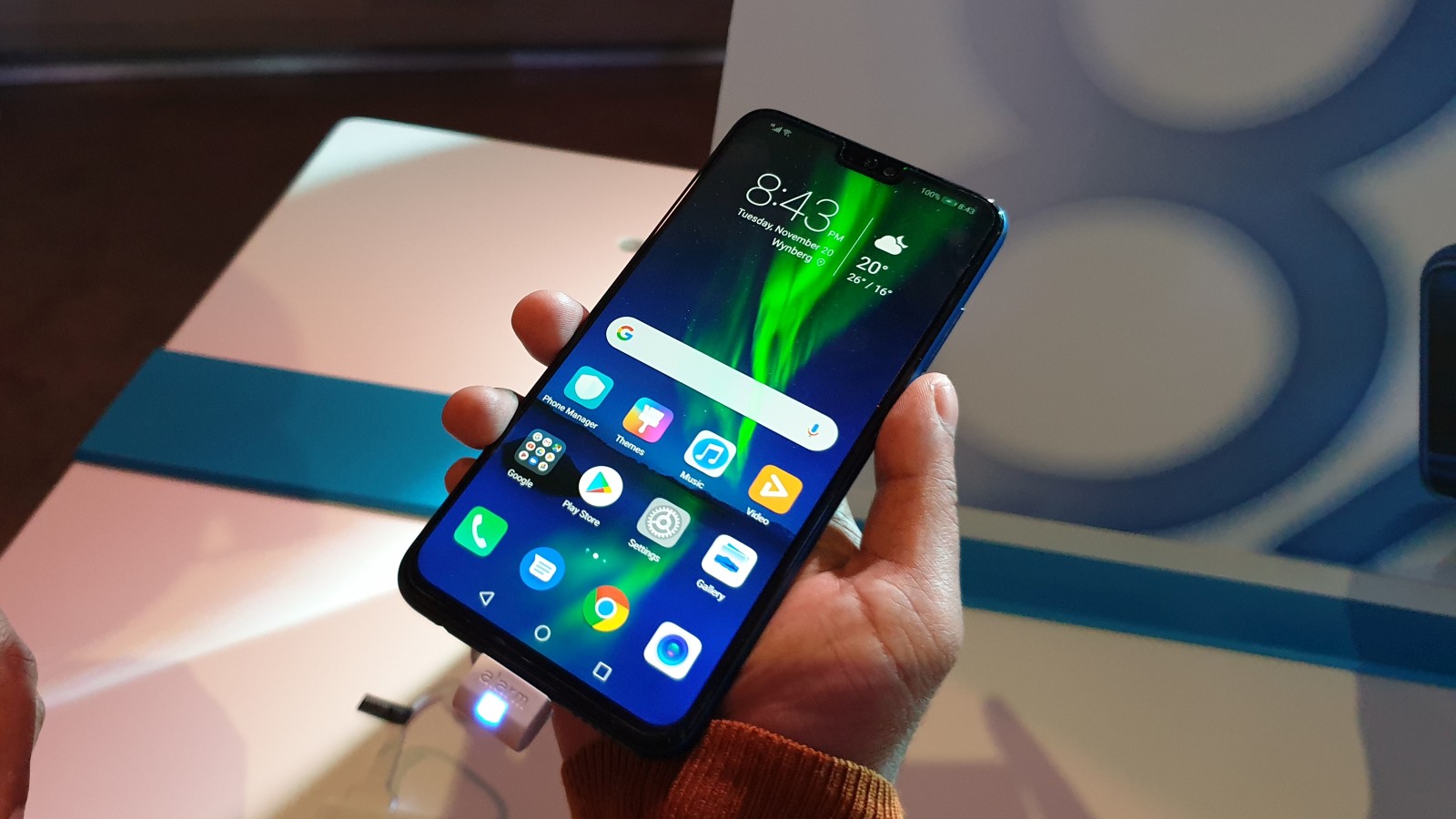 The Honor 8X is supremely comfortable in the hand, despite its size. 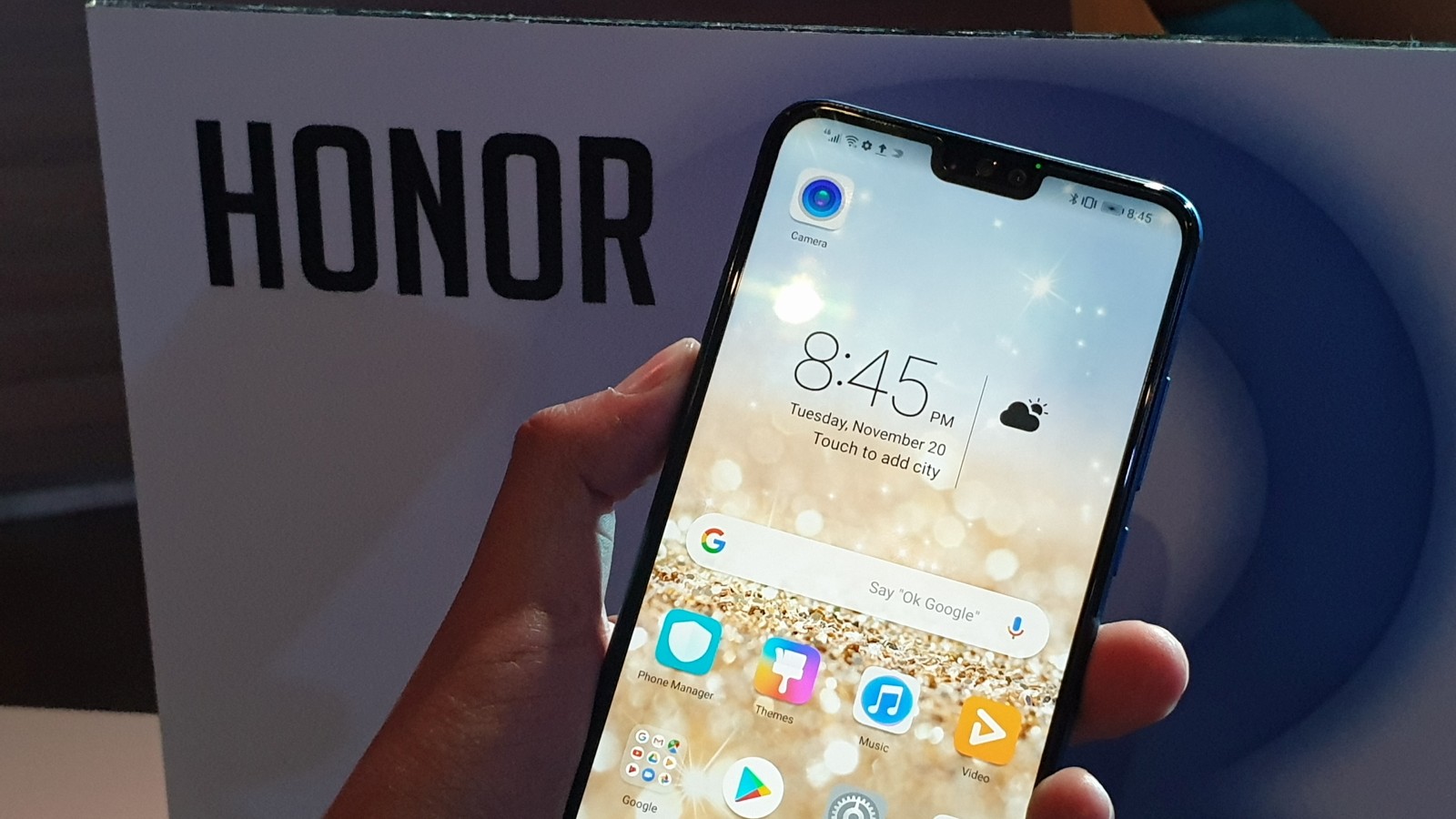 6.5 inch screen, but the phone's narrower than the Galaxy Note 9 and iPhone XS Max. 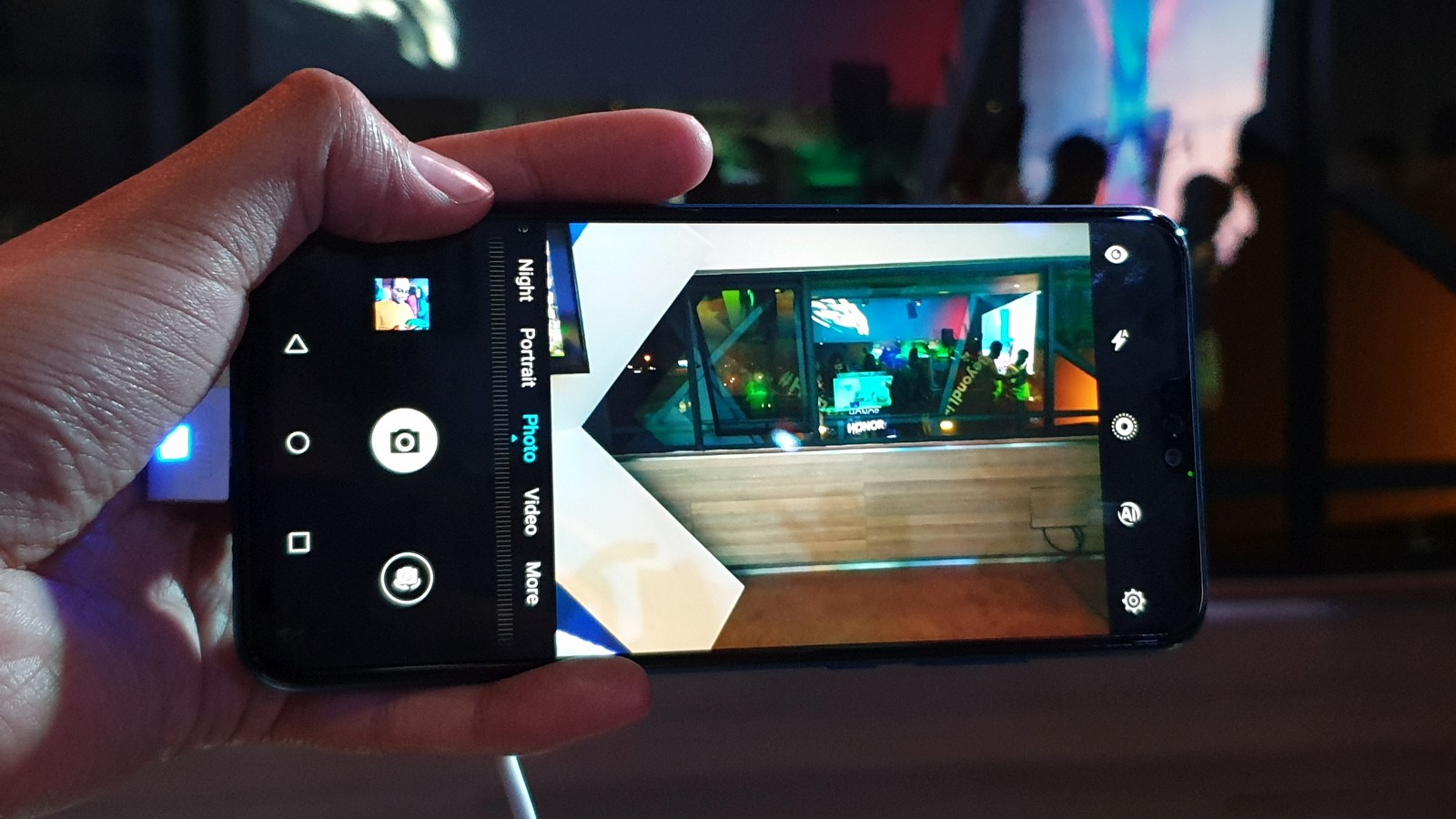 Camera software is practically what you've become used to on Huawei devices. 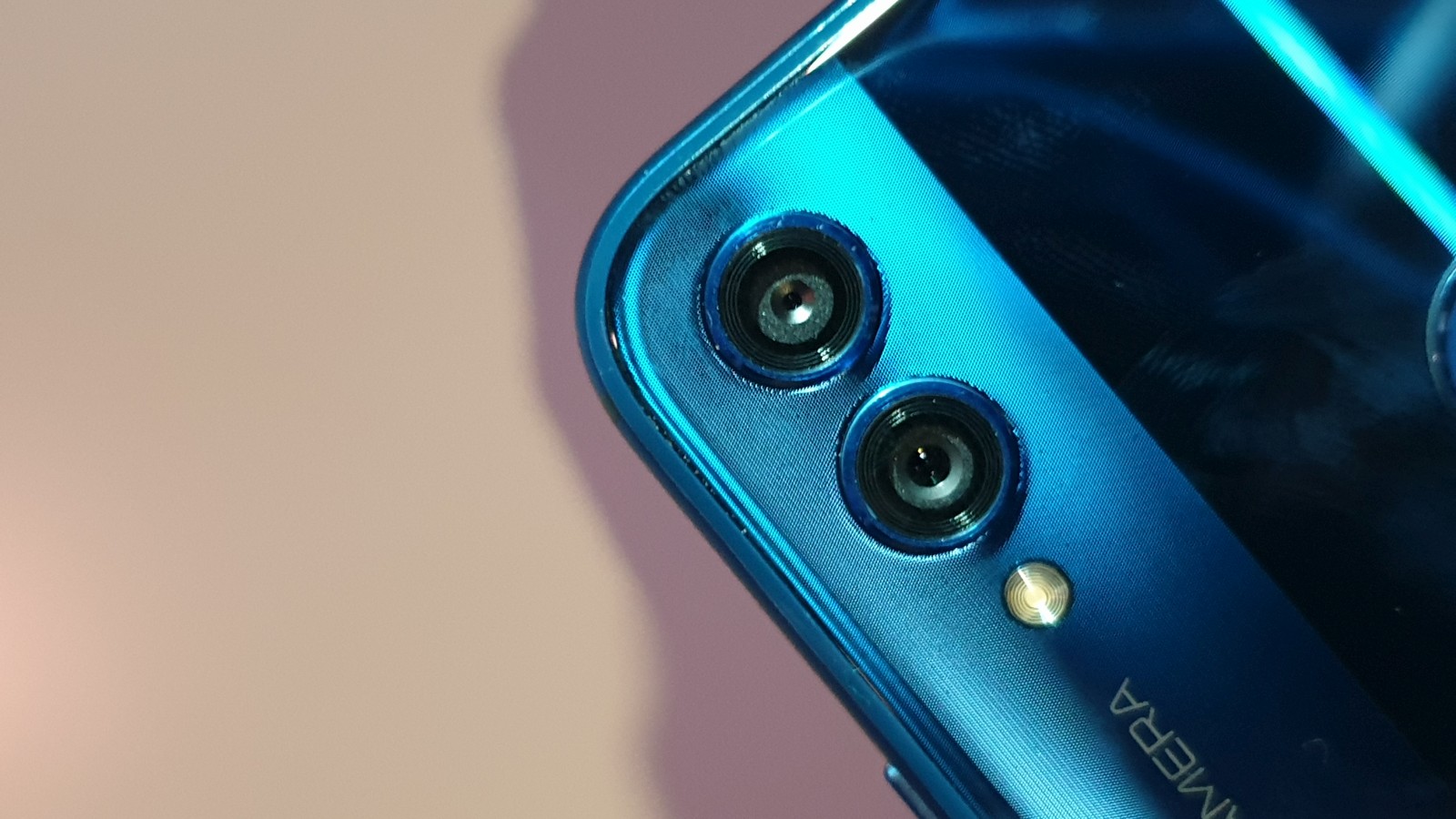 A 20MP rear camera alongside the 2MP depth sensor. The two-tone finish is gorgeous at this angle. 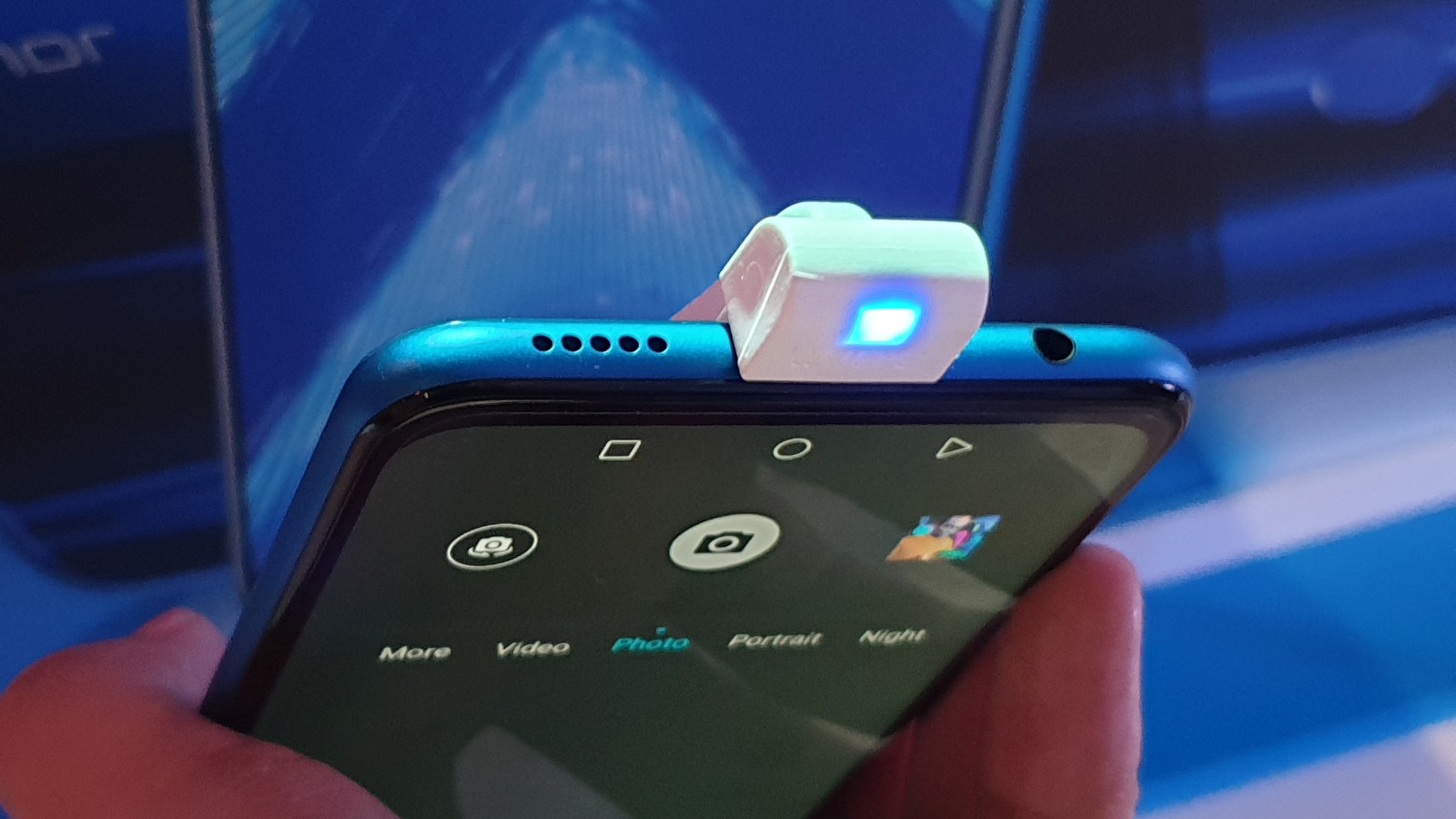 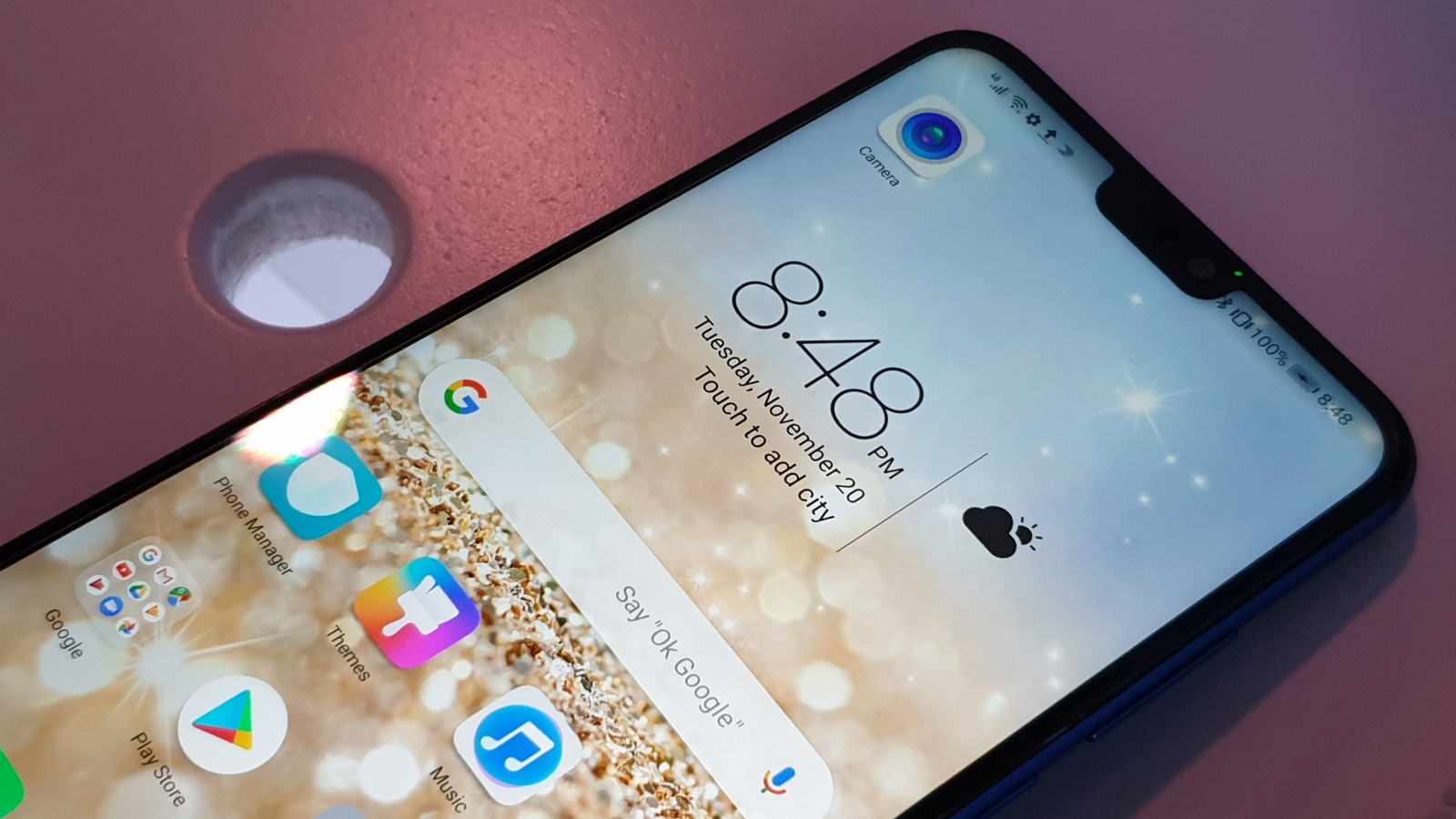 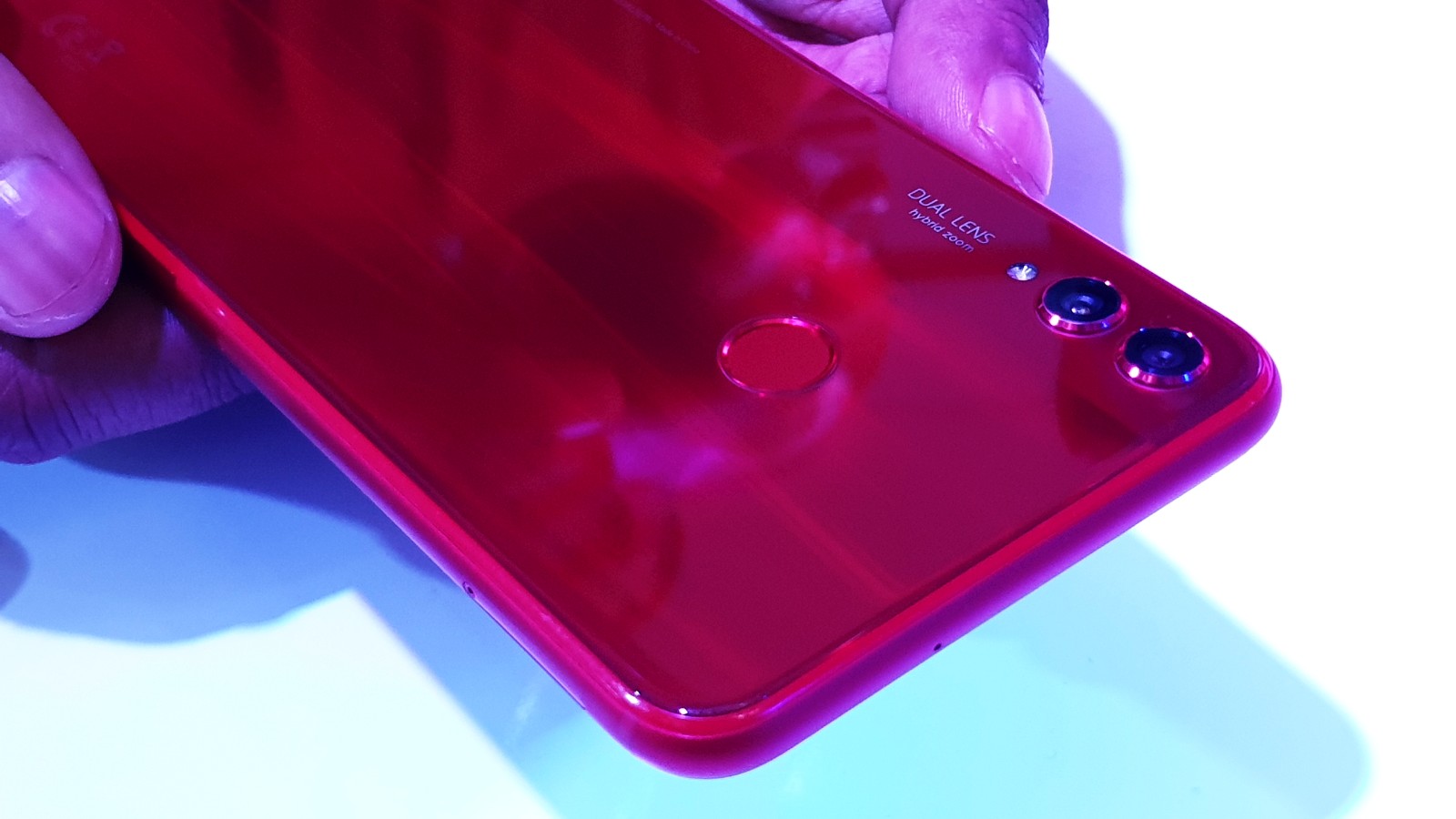 The Red version wasn't initially confirmed for South Africa, but could be coming in the new year, Honor reps toid Gearburn.

And yes, that screen size is larger than the Mate 20 Pro and Galaxy Note 9, but the device’s overall profile is smaller than the latter, and weighs some 30 grams less.

Internally, it sports the eight-core HiSilicon Kirin 710 chipset, 4GB of RAM, and 64GB of internal storage. There’s a dedicated MicroSD card slot too, along with a dual Nano SIM tray. (SA networks are thrilled.)

A dual camera array — mimicking the layout of hipster cameras — features prominently at the back. A 20MP snapper with a f/1.8 aperture and phase-detection autofocus is supported by a 2MP depth sensor for bokeh and portrait lovers. And yes, it wouldn’t be a Chinese smartphone without AI-supported camera software with scene recognition.

There are some notable omissions though.

Honor 8X has no IP rating, which means those who truly live an active Millennial lifestyle surrounded by dust and water may need to look elsewhere. The phone’s also still using a microUSB port for charging, not USB-C. You also won’t find wireless charging over here.

Sure, small blemishes, but the pricing is extremely competitive especially when pitted against the R6499 Samsung Galaxy A6, the R4999 Hisense Infinity H12, and the R5499 Nokia 7 Plus.

As for availability, Honor isn’t quite an e-brand in South Africa. It won’t sell the device on digital channels just yet, but it will be available through retail stores from 26 November. 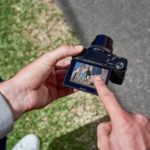