Niantic’s latest augmented reality mobile game Harry Potter: Wizards Unite is just about available in every nation on Earth, but it’s likely the title won’t quite live up to the hype of its 2016 counterpart, Pokemon Go.

Like Pokemon Go, the title allows gamers to battle mythical beasts from the Wizarding World across a real world map, but the former’s debut was met with huge interest at a time when AR was a budding, spell-binding technology.

The latter generated more than $28-million from players in its first four days after launch. Wizards Unite saw $1.1-million over the same period.

Wizards Unite‘s launch isn’t entirely terrible though. It’s the most downloaded app in the United States this week, taking just 15 hours to hit that milestone. Pokemon Go took two days to do the same.

Sensor Tower believes that Wizards Unite will hit $10-million in its first full week on the mobile app stores, but the game does have a long way to go to match the lofty heights of its pocket monster predecessor. Pokemon Go at present is also set to surpass the $2.6-billion mark in its lifetime spend since its launch nearly three years ago now. 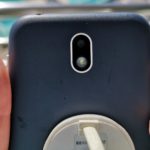