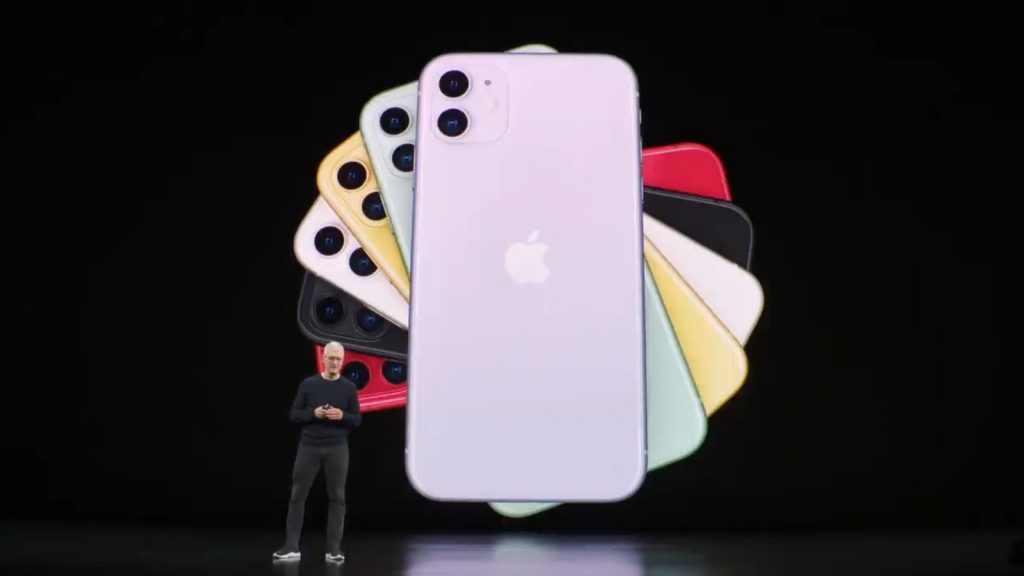 The iPhone 11 is now available in more than just three colours.

Taking a leaf out of the XR’s playbook, you can now choose between a purple, red, yellow, green, black and white variant.

A 6.1 inch LCD, sorry, Liquid Retina display remains, too, carried over from the iPhone XR.

And yes, the phone now features two cameras with a 12MP standard f/1.8 26 mm camera, with a 12MP wide-angle below it.

Apple is adding a host of AI to it though, including “multi-scale tone mapping” which allows the phone to highlight various elements within portrait mode individually. And yes, there’s also a Night Mode.

Around the front there’s another 12MP snapper which can also record at 4K 60fps and a slow motion video mode too. “Slofies” Apple calls it.

Internally, the Apple A13 Bionic chipset is billed as the fastest CPU and GPU ever placed in a smartphone. That’s some marketing speak to buzz-up the company’s Apple Arcade announcement earlier in the day.

As for battery life, the company’s promising an additional hour of battery life when compared to the XR.

It’s also water-resistant, features a huge notch, and has no headphone jack. But you probably knew that already. 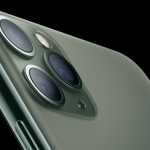