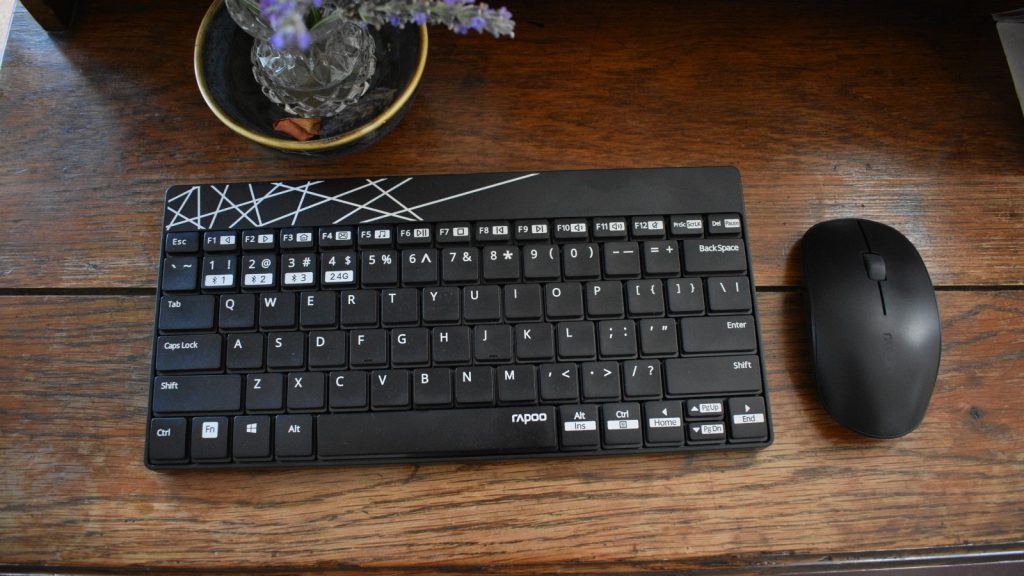 Rapoo here, Rapoo there, Rapoo everywhere! Welcome to our review series in which we take charge of a new keyboard, mouse, or combo sent to Gearburn by Chinese company Rapoo each week.

The first Rapoo device on our reviewer’s table is the 8000M, a keyboard/mouse combo that retails for around R300.

But what is it good for? Who should buy it? And what’s with that quirky design? We answer all below.

Rapoo’s keyboards and mice offer some good value for those who literally just want to move a cursor around a screen, or type an email with the benefits of multi-modal connectivity options. 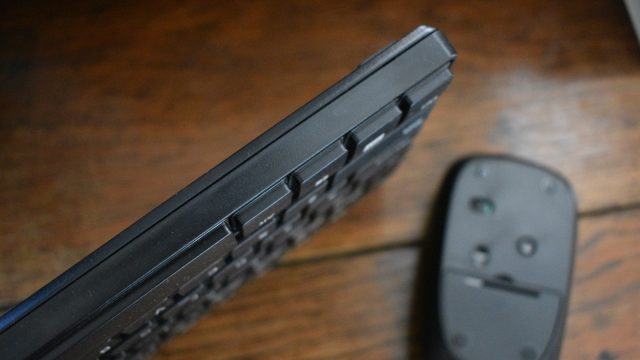 That’s all great, but one of the more confusing things about Rapoo’s products is the sale of its individual mice and keyboards, and its combo deals. For instance, the 8000M actually consists of a mouse (M200) and keyboard (E2000M) but together they’re known as the 8000M.

Perhaps it’s because the keyboard doesn’t have its own receiver, which relies on the mouse’s, but both can use the 2.4GHz receiver, Bluetooth 3.0 and 4.0.

Together, they’re the perfect little keyboard and mouse combo for someone travelling with a small machine, media player, or looking for a beater travel keyboard. The 8000M’s keyboard sure feel sturdy and rigid. It can take a few slaps.

Aesthetically, it’s a bit of a dog’s breakfast. Lines at various angles are laid above the keys, and are distracting when touch typing.

Nevertheless, the keyboard is compact. It weighs around 300 grams, and features 79 keys with no spacing between, large shift keys on either flanks and a large backspace key too.

Rapoo’s focussing on what makes a good functional keyboard here, even if it did ruin this thing’s aesthetics. 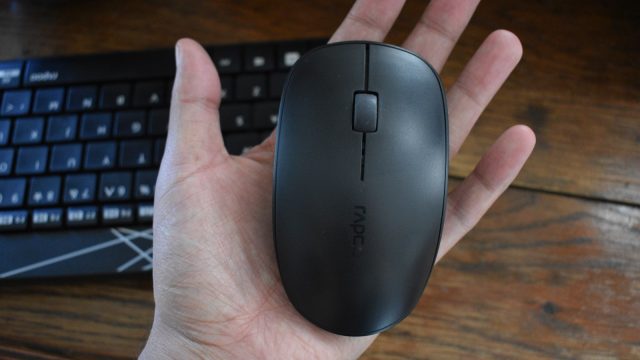 I’ve used a few Rapoo keyboards in recent weeks, and each are different shapes and sizes. But I found that jumping back onto the 8000M was the most difficult to relearn. Although key travel is good, it’s easy to mistakenly tap the key next to your intended target. Double taps are also common, I found.

Beyond that, the keyboard has a bevy of function keys, including media playback controls, volume adjustments and options for an internet browser or email program. Stellar stuff.

While the keyboard is shorter than most, the Rapoo 8000M mouse is decidedly wide and flat. It’s perfect for slotting in a tight laptop bag pocket but makes holding it more uncomfortable than taller, fatter mice.

The mouse too features silenced, dampened clicks, but the middle click is unnecessarily loud. Using it to scroll is a smooth, pleasant experience though.

Unlike its siblings, it seemed to never lose connection with its dongle, but it does lag considerably when your machine’s CPU decides something else was more important. It’s an issue I’ve noticed on a number of Rapoo devices connected via the receiver. It’s worth noting if you plan to use this combo on older or less powerful hardware. 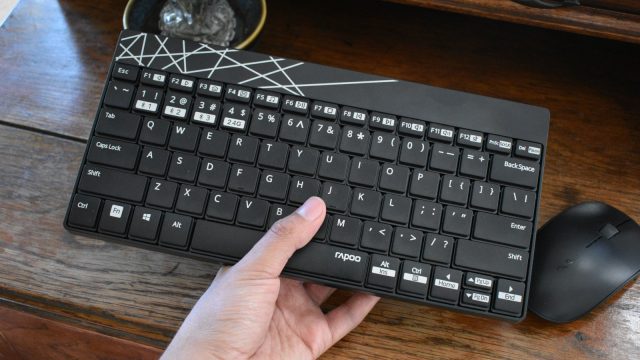 A button beneath the mouse it allow you to cycle between Rapoo’s receiver and Bluetooth modes, and it works pretty well if you really need it. But I found myself only using the Bluetooth connectivity if I’ve misplaced my receiver, which is pretty easy to do.

Both are powered using a single AA battery, and I’ve yet to charge either since I first began using them at the beginning of the year.

And for the price, both are acceptably good options as beater inputs or companion peripherals when travelling with a tablet or small laptop. 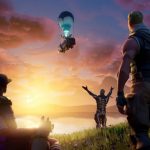