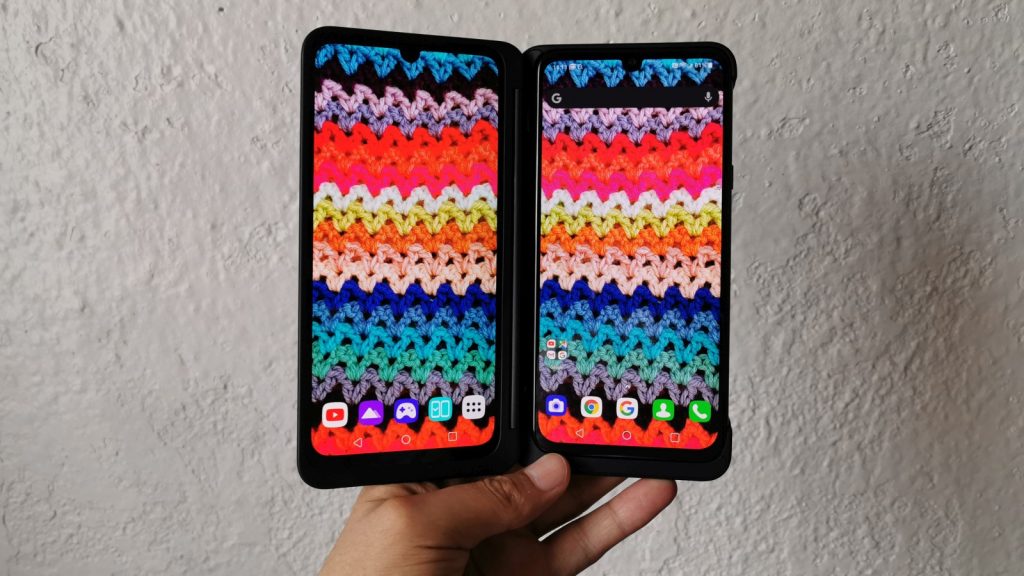 The LG G8X ThinQ has finally arrived in South Africa, and it’s been a while since I’ve been this excited to review a phone.

Inspired by the folding phone trend, the LG G8X ThinQ gives users a traditional phone that can transform into something more.

Instead of a single large display that folds into or over itself, LG has employed a second screen add-on — it calls it the Dual Screen — that attaches to the phone and acts as a protective cover.

It’s a nifty little idea, and adds a second 6.7-inch display to what is already a device with plenty of screen real estate.

But, like with all phones, we recommend that you take a few minutes to set up the device’s key settings to best suit you.

These are some tips, tricks and settings we adjusted while setting up our LG G8X ThinQ for review.

Hide LG’s ‘new second screen’ or just leave it be

Weirdly early into its setup process, the G8X will ask if you want to hide the notch — it calls it the “new second screen” — or leave it visible.

It’s an OLED panel, so hiding it with a black bar may preserve a little battery life, but the phone doesn’t look strange either way.

We decided to keep it as is.

If you’ve just glossed over this setting, you can find it in Settings > Display > New Second Screen again later.

Like the Huawei P30 Pro and Nokia 9 PureView, the LG G8X ThinQ has an optical under-screen fingerprint sensor.

To set it up, select “set up fingerprint” during the initial setup phase. The phone will then prompt you to scan a finger after explaining the permissions.

After tapping “next”, you’ll be required to select a second authentication method. That’s a PIN, pattern, or password. We tend to use a six-digit PIN for ease of use.

The thumb is probably the best finger to scan, as using any other finger when the Dual Screen is attached becomes awkward.

The G8X weirdly lacks a facial authentication system, something that has become a staple on most flagships in 2019.

Like every other LG smartphone, the G8X isn’t shy of a legal documents page. While this is great and allows the user to agree to terms of use before using the device, it’s a bit of a pain to read. We recommend you do, but won’t scowl at you if you don’t.

Either way, you’ll be required agree to the EULA and Privacy Policy to use the phone, but you needn’t agree to the “Activity Logs” section. It’s optional.

Switch on night mode for that dark interface goodness

You can force the G8X to use a dark theme for settings and menus by heading into Settings > Display and selecting “Night Mode”.

Comfort View is LG’s blue light filter. Even if you’re running a dark mode on your device, we’d recommend turning this setting on if you use your device at night.

To do this, head into Settings > Display and scroll down to “Comfort view”. It’s above “Night mode”.

Tap on it, and set a schedule relative to your locality’s sunrise and sunset.

Bottom navigation buttons is still our preferred method of darting around Android, but the LG G8X ThinQ also has Gesture support.

You can access these settings from Settings > Display, and scroll down to “Home touch buttons”.

Here you can tweak the button order, add additional buttons for notifications, or select Gestures.

LG defaults its screen timeout duration to just 30 seconds, not quite long enough for the modern human. In Settings > Display > Screen timeout, you can adjust this to as brief as five seconds, or as long as 10 minutes.

We find that two minutes is perfect. 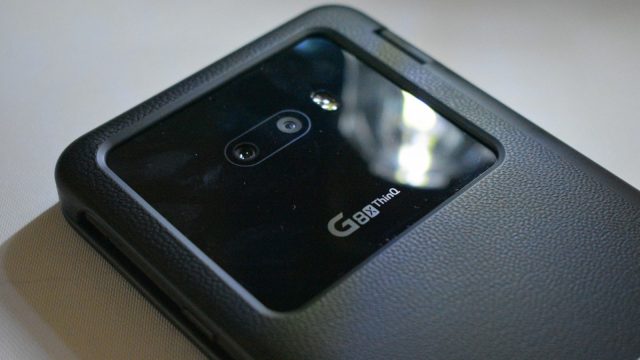 Adjust the font size to fit more content on screen

You can’t reduce the size of UI elements on the G8X, but at least you can reduce the font size.

The default font size is far too large, but the second smallest available size, we find, is a perfect balance between display real estate and legibility.

To adjust this, you’ll have to head back into Settings > Display and select “Font”.

You can also change fonts (we quite like LG’s Smart UI font) and even make all text bold.

Looking for your GPS and location settings?

We don’t normally mention this in our setup guides, but LG, for some reason, has placed its Location settings in “Lock Screen and Security”, and not the Connectivity menu.

You can find it, then, by heading to Settings > Lock Screen and Security and scrolling down to “Location”.

Switch off the LG G8X’s sounds

The LG G8X is a pretty vocal phone. There’s a tone and jingle for everything, from tapping the keyboard to locking the device.

Annoyingly, there doesn’t seem to be an option to kill the start up sound.

51 apps are installed on first boot, and that’s somehow seems like far too many. However, the G8X does seem largely devoid of bloat.

To uninstall apps you don’t plan to use or require, head to Settings > Apps & notifications. Tap “App info”.

Some apps you won’t be able to uninstall, but you can always tap on them to check if the option’s there. If an “Uninstall” option is available, you’re free to do just that.

If “Disable” is there instead, you can choose to permanently halt the app, removing it from your available apps. It won’t be uninstalled, but it won’t run in the background or be available to open in your app drawer.

Save your battery by restricting apps from running in the background

Unlike Huawei, which automatically restricts all apps, LG lets the user decide which apps the phone should manage. I quite like that LG gives its users more control.

Switch on and use the ‘Open camera’ shortcut

LG lets users open the camera app my double tapping the power key, but you have to switch on the setting first.

To do this, find it in Settings > Extensions > Shortcuts. Toggle the “Open camera” setting. 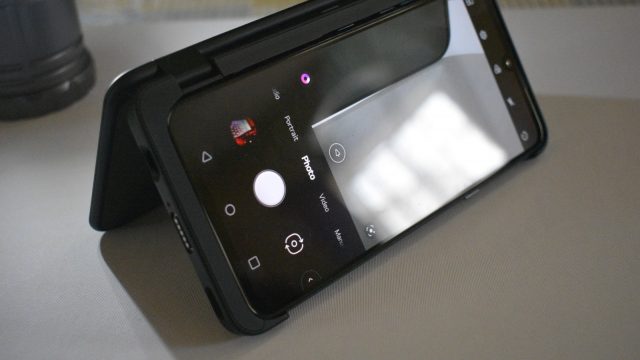 Speed up the G8X’s interface by tweaking the system animations

To do this, head on over to Settings > System > About Phone, and tap on “Software info”. Find the “Build number” option and tap on it at least seven times. You’ll have to enter your PIN or password, but this will activate Developer options.

Exit back to the “System” menu and select “Developer options” below “Restart & reset”.

You want to now scroll down until you see “Drawing”. Beneath this heading, “Window”, “Transition” and “Animator duration” scales can all be set to 0.5x. They’re usually set to 1.0x by default.

Connect and switch on the LG G8X’s Dual Screen

If you haven’t yet (how haven’t you?), unbox the LG Dual Screen attachment.

To connect it to the G8X, slide the phone bottom-in first so the USB-C port in the Dual Screen case is lined up with the device. You don’t need to switch off the phone either.

When it’s connected, the “Cover Display Tool” will appear alongside your home screen’s right-hand bezel. Tap it. A command to “Turn on Dual Screen” will appear. Select it.

When the second screen is on, Comfort view will be disabled by default.

Open apps on or switch apps to the Dual Screen

Through the LG launcher, the Dual Display will have a little app tray button in its bottom right corner. Tap it to open your app drawer.

To open an app on the second display, simply tap the icon.

If you want to move apps across from the LG G8X’s main screen to the Dual Screen, open the task carousel (or the currently opened tasks list) by tapping on the square in your navigation menu, or sliding the pill up in gesture mode on the screen you wish to move the app to.

When the second display is connected, you’ll find a new menu entry in Settings > Display called “Dual Screen”. Tap it.

A number of options, including a toggle for switching off the Cover Display, and even a brightness slider, will appear.

From this menu, you can also pick a specific app to open on the Dual Screen when you flick it open. 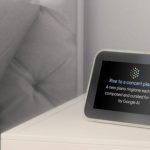