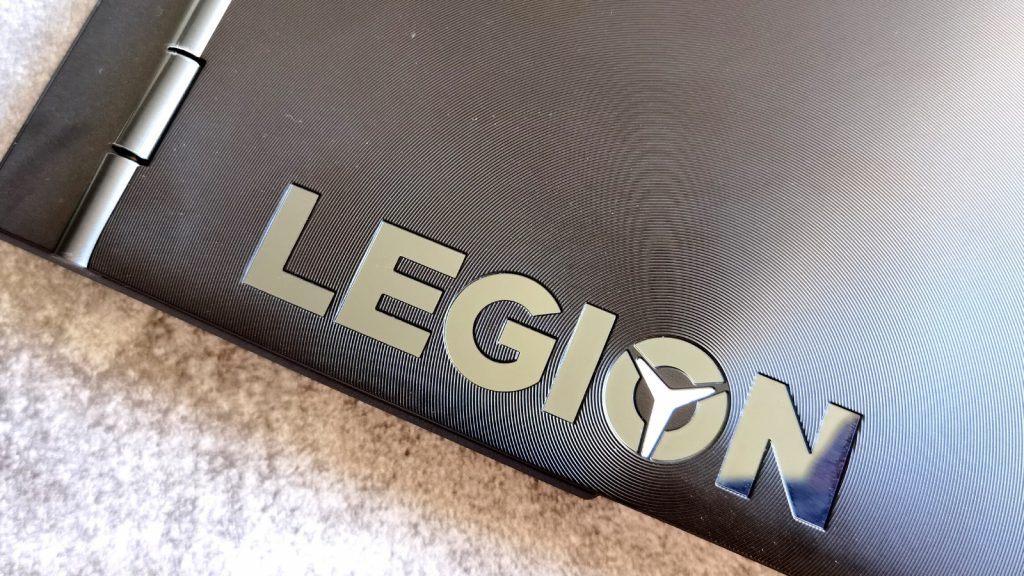 In 2020, there’s no shortage of gaming laptops to choose from. Nowadays, the challenge is finding value for money and versatility.

The Lenovo Legion Y540 is a gaming laptop that provides a compelling offering as one of the more affordable options on the market.

Gearburn spent some time with the laptop, putting it through its paces. So does the Legion Y540 manage to stand out?

The Legion Y540 comes in different configurations, offering you different choices for your processor, RAM, and storage.

Here are the specifications for the model I reviewed:

This specific laptop configuration has a recommended price of R22 000 on Evetech. 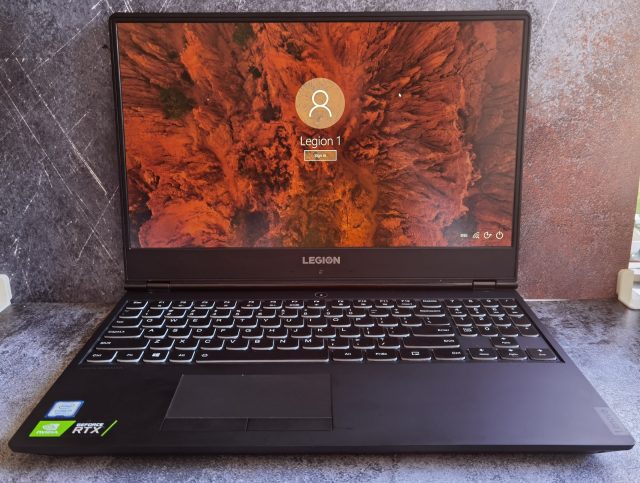 The Legion Y540 uses one of the more unique designs when it comes to laptops. From the front, it looks like any other laptop. But from the side, you can see what makes it unique.

The screen hinge sits further forward on the laptop’s base — leaving a few centimetres of the chassis behind the screen.

This unusual setup provides an eye-catching design and smooth hinge movement. But it also serves a practical purpose since the back edge is where most of the laptop’s I/O ports are. 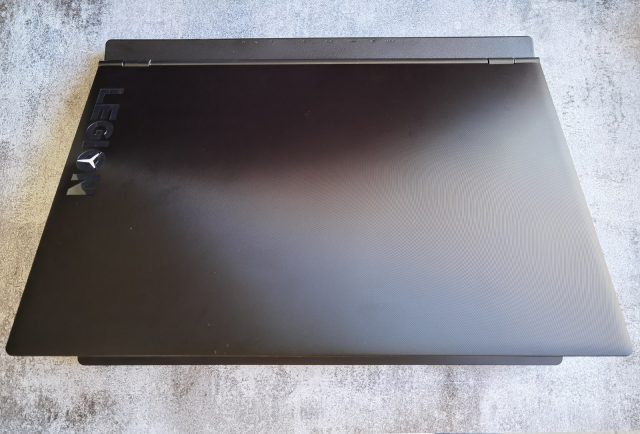 When plugging in power, accessories, and other connected devices, this setup gives you the ability to add ample peripherals without cable clutter on the sides. This setup is also optimised for plugging into larger screens, letting you neatly and easily connect displays via the back port.

Besides its unique screen position, the laptop also has a sleek and stylish appearance. It opts for an understated aesthetic rather than one which screams gaming laptop.

There is still a bit of flair however, with the Legion logo partially lighting up on the laptop’s cover. 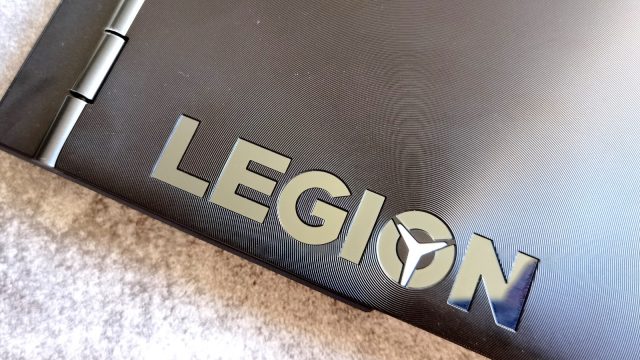 So how does the laptop perform when it comes to its main feature: gaming?

In terms of its gaming performance, the laptop runs well — allowing you to enjoy titles at a relatively high frame rate with graphics set to high.

I mainly tested the laptop using Apex Legends and Fortnite due to their popularity. Also, both titles can measure the laptop’s graphics performance and network performance when it comes to online games.

In Fortnite, with all graphics settings turned up to “epic” quality, the laptop delivered between 60 and 100 FPS, averaging at around 80 FPS.

Drops in framerate were down to ping and a large number of players, rather than the laptop’s hardware. Nevertheless, it never dropped below 60FPS.

In Apex Legends, the game runs like a dream at high-quality graphics settings. It had excellent responsiveness. 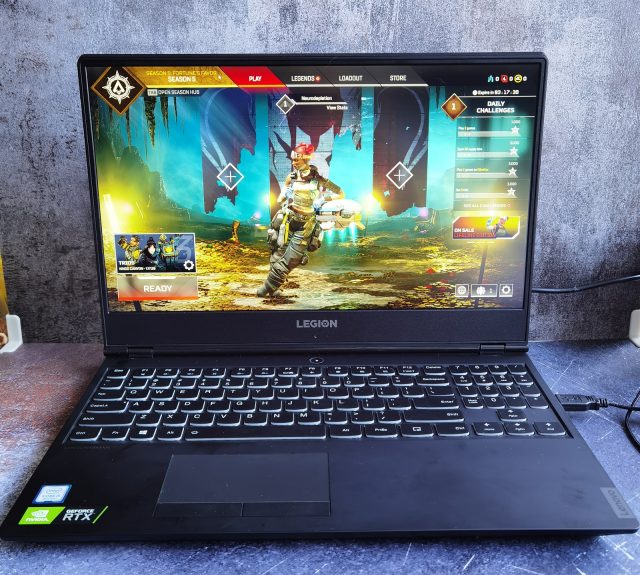 While the fans picked up significantly in this game, the increase in noise is more than acceptable since they do their job well — keeping the device well-cooled.

But what about more photorealistic games?

While I attempted to test the unit with Call of Duty Warzone, a conflict between GeForce Experience or another driver service resulted in a common glitch where the game would crash when joining a match.

This isn’t down to device issues, since the same crash has happened a few weeks later when testing out Asus’ ultra-premium ROG Zephyrus Duo.

However, I was unable to fix this issue on the Legion before the device was due to return.

From what I could gather from the few lobbies I was able to join, the game can run Call of Duty Warzone at an acceptable 60FPS. However, you will have to turn down the graphics settings and render distance to medium quality.

Luckily, I was also able to run the laptop through a series of benchmarking tests to help compare it to other devices on the market.

We ran the Legion Y540 through a series of benchmark tests using PCMark 10 to assess its performance in different scenarios.

When it comes to battery life, the Legion Y540 lasts as much as you expect from a gaming laptop.

Delivering 2.5 hours during modern office tasks, the laptop does not have the long-haul battery life of productivity devices.

However, it’s admirable considering its components and cooling consume a significant amount of energy.

If you were to try gaming with the device unplugged, you’ll get closer to 1.5 hours. So you’ll get a bit of gaming time in a pinch.

But laptops like these aren’t meant to be off power for long.

When it comes to its CPU and GPU benchmarks, how does the device measure up?

The 3DMark/PCMark ranking for the laptop shows that it performs better than 48% of results on the test.

This places it somewhere between the average gaming laptop and the average office laptop.

While you won’t get the performance of a high-end gaming PC, the Legion Y540 delivers above-average performance for its category. 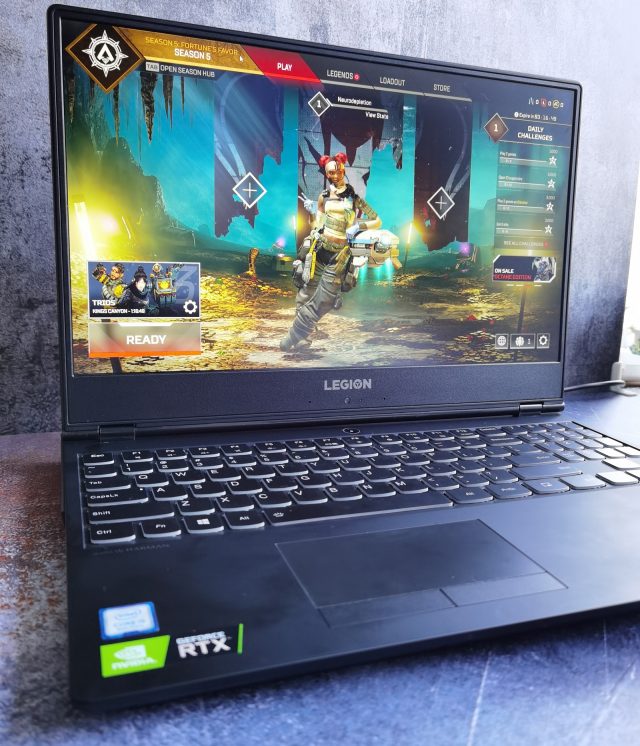 The Lenovo Legion Y540 proves to be a great mid-range option for gamers who prefer a unique yet understated design.

You can use the laptop in a variety of scenarios, with good performance across different applications.

It has the ability to handle a variety of games. While you won’t necessarily be able to run AAA hardware-intensive games at peak graphics settings, the laptop can handle photorealistic games and less intensive alike.

For its price range, the gaming laptop offers an affordable option that can handle modern games. When it comes to popular games such as Fortnite and Apex Legends, you’ll enjoy great performance.

More graphically intensive titles will still run well, but at lower graphics settings. But this is expected for a device that is half the price of many premium competitors.

If you’re looking for a gaming laptop that won’t set you back R40 000, the Lenovo Legion Y540 is a capable and competitive option. 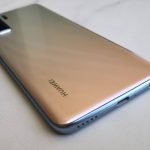