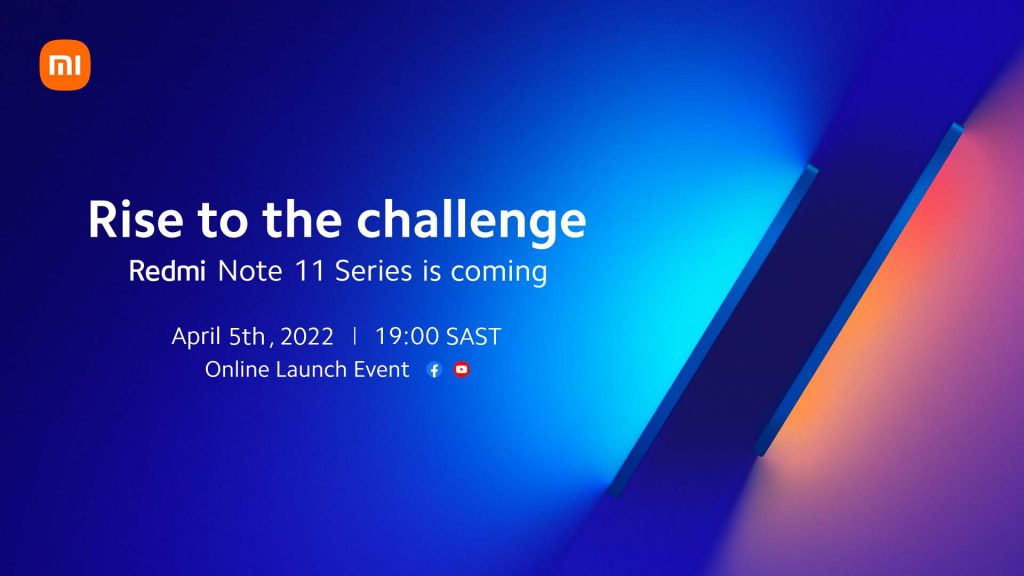 The day is fast approaching when Xiaomi will launch its newest models of smartphone in South Africa; the Redmi Note 11 Series.

While smartphone launches are a dime a dozen these days, the phones that are part of the Redmi Note 11 Series offer features and specs to certainly be excited about.

Mark 05 April 2022 on your calendars and watch the livestreamed launch event on Xiaomi South Africa’s Facebook page or YouTube channel from 19:00 to 20:00.

And what would a launch be without prize giveaways? Viewers who tune into the Facebook livestream will stand a chance to win over R60,000 worth of prizes, including the new smartphones in the Redmi Note 11 Series.

Rise to the Challenge

Continuing the legacy of the Redmi Note Series, which has seen some impressive affordable models over the years, the two new devices are being launched under the theme of ‘Rise to the Challenge’.

This was chosen to reflect Xiaomi’s commitment to continually question what is possible and bring even stronger specs and features with each generation of smartphone.

Equally, the theme reflects the attitude and spirit of the younger generation who have the courage to not be afraid, not stagnate and not give up in the face of challenges and unknowns. They love to take on challenges, challenge the norm, and make the ordinary extraordinary with their creativity.

The Redmi Note Series has proven to be very popular around the world over the years, selling more than 240 million smartphones globally by the end of 2021.

The Redmi Note 11 Series aims to be the perfect companion in life by making flagship-level smartphone performance more accessible than ever before, at very affordable prices.

The Redmi Note Series is always about bringing flagship tech to mid-range devices, meaning more people than ever before can access great features.

The Redmi Note 7 and 8 Series were pioneers of some of the best camera technology available, bringing 48MP and 64MP cameras to the mid-range, at a time when others were still offering 12MP cameras.

The Redmi Note 9 Series brought 30W fast charging, and its standout features were the long-lasting batteries and solid performances.

The Redmi Note 10 Series gave users access to a 108MP camera at very affordable prices and was also praised for its modern features, powerful processors, and pricing.

Xiaomi has improved these features to make them even better, while also taking note of user feedback to address any smartphone elements which could be improved upon.

For those who don’t know, Xiaomi is more than just a smartphone brand. Xiaomi is a consumer electronics and smart manufacturing company with smartphones and smart hardware connected by an IoT platform at its core.

There’s an array of products to make life more convenient and fun. Some of these products will also be showcased at the Redmi Note 11 Series launch event, so tune in on 05 April 2022 on Xiaomi South Africa’s Facebook page or YouTube channel at 19:00 to find out more.

This article is sponsored and supplied by Xiaomi. 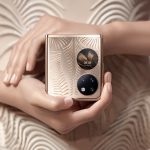